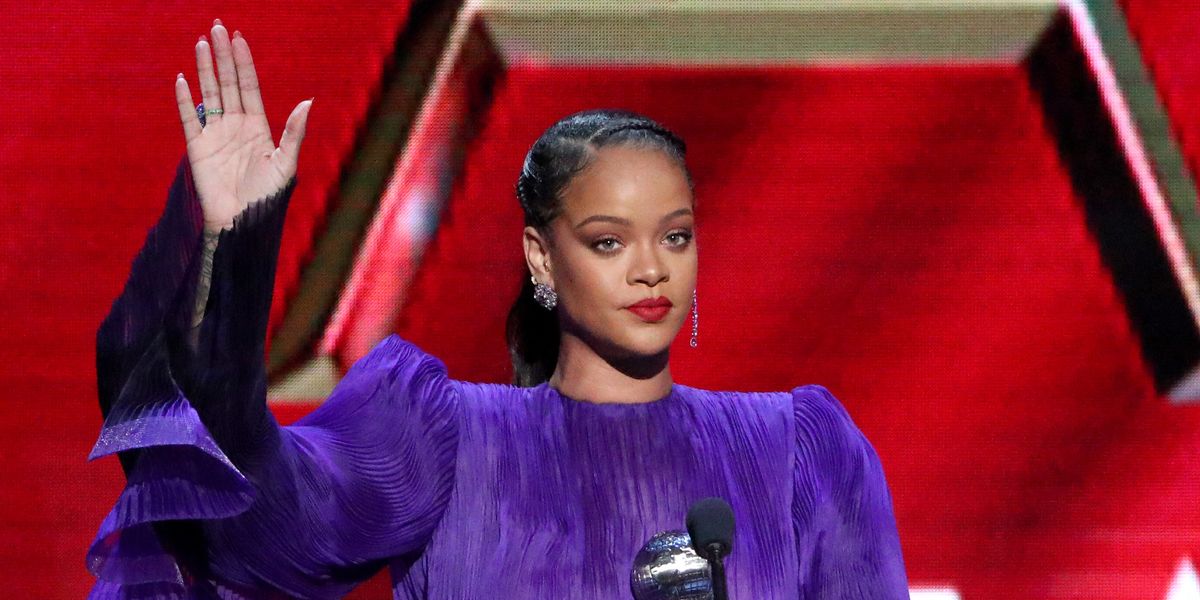 Rihanna Wants 'Three or Four' Kids, With or Without a Man

Although being asked about reproduction is the bane of many professional women's existence, Rihanna has never been uncomfortable talking about having kids. She previously said to Interview that she wanted to be a mother "more than anything in life, though she told Anna Wintour the timing was "god's plan."

Riri's on the cover of Vogue UK this week, elaborating on what she means. She told Afua Hirsch that in ten years, she sees herself with "three or four kids." Explaining that her current schedule, which involves managing Fenty Beauty, Fenty Savage, Fenty Maison as LMVH's first Black brand head and making and promoting a new album, isn't sustainable, she said: "I know I will want to live differently… [In] ten years? I'll be 42! I'll be ancient. I"ll have kids — three or four of 'em."

Rihanna recently parted ways with Saudi billionaire Hassan Jameel, who she'd been dating since 2016 (On that front, she told Hirsch: "You don't have a lot of time to tolerate shit, you know? You put so much on your plate. When you're overwhelmed, you need to start cutting things out"). Since then rumors have floated around that she reconnected with old flame ASAP Rocky, but sources told to E! News that the pair are just friends and Rihanna's happily single.

British Vogue on Instagram: “The May 2020 issue of British Vogue was created prior to the pandemic which has subsequently brought the world almost to a halt. In any…”

With an air of classic Rihanna je ne sais quois, she explained her relationship status has little to do with her plans to have kids.

"Hell, yeah," she said, when asked if she'd "do it on her own" if she didn't meet the right person. "I feel like society makes me want to feel like, 'Oh, you got it wrong…' They diminish you as a mother if there's not a dad in your kids' lives. But the only thing that matters is happiness, that's the only healthy relationship between a parent and a child. That's the only thing that can raise a child truly, is love."

Well said. The only question is, who we'll meet first: R9 or the heirs to Fenty? There's so many ways to spend one's time in quarantine…