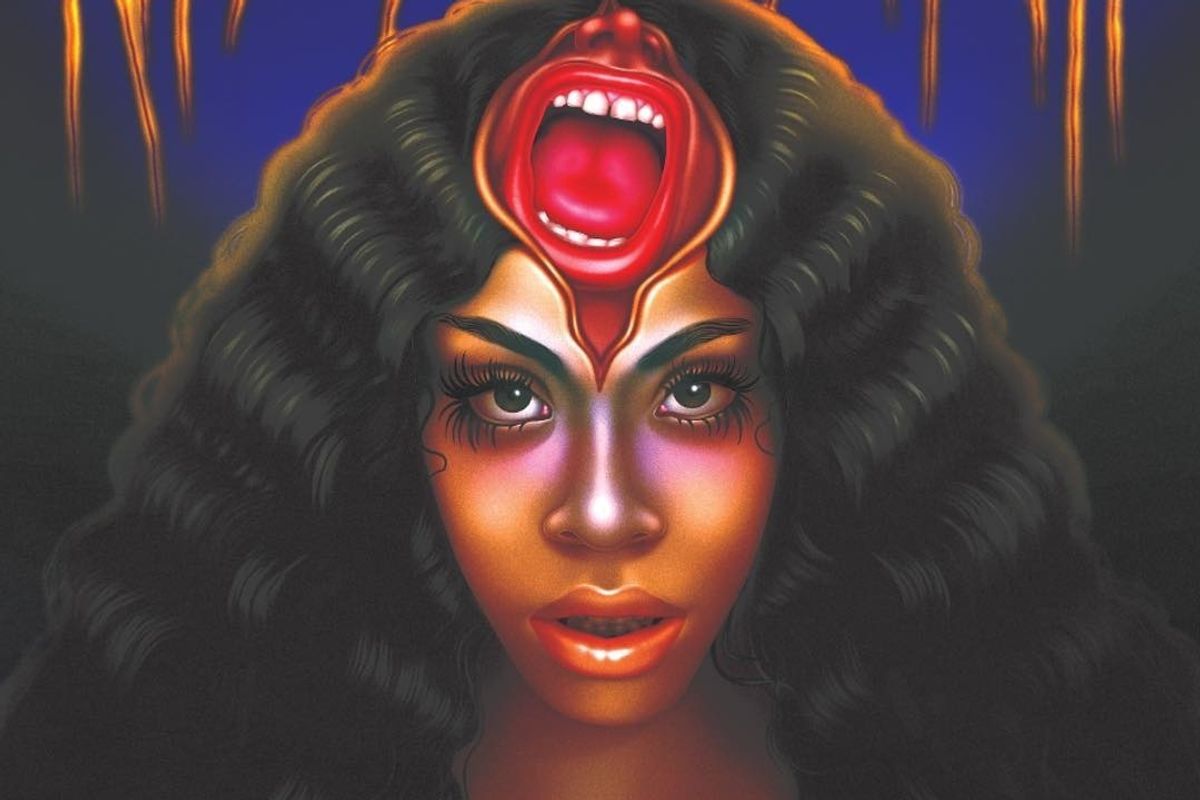 "This shit is in different areas!" a vocal sample from the popular meme begins the second track off of Rico Nasty and Kenny Beats' new project, Anger Management. It's only appropriate for the track, titled "Cheat Code" and featuring "Harlem Shake" producer Baauer. Gusts of EDM-like synths crash into kicks and snares that snip at Nasty's sharp rhymes, while the distorted bass underneath Nasty's vocals is the stuff of dreams. "Cheat Code" is Rico Nasty at her peak, delivering clenching raps that dare to test your earbuds' volume limit.

Anger Management was only announced relatively recently, but the buzz spread immediately and fans began gearing up for an inevitable sonic siege. Kenny Beats and Rico Nasty are practically an unstoppable musical duo at this point, with their tagline — a piercing exclamation of "Kenny!" by Nasty herself — becoming a meme in and of itself. The two are only competing with themselves at this point for the top slot in their arena.

The project follows up Nasty's previous release, Nasty, and trails on the end of the massive success of her feature on Doja Cat's "Tia Tamera." She just can't stop winning — her Coachella set was talked about massively on social media, and she's about to embark on a tour of several European festivals. Hell, even Lil Miquela wants to rub shoulders with her!

If anything, Anger Management demonstrates that Rico Nasty's streak of success shows no signs of dipping anytime soon. Highlights include the popping "Big T*****s (feat. Baauer and EarthGang)" and Jay-Z sampling "Hatin." The slick-but-bright closing track, "Again," is perhaps the most effective; it's reminiscent of her summer 2017 project, Tales of Tacobella, a pivotal moment in her career. The tracks on Tales of Tacobella were bubbly-yet-prickly, officially solidifying her position in rap and her social media presence — her name on Instagram is still "TACOBELLA." On "Again," she's looping back to that 2017 rush of success and attention, marking her entrance into a new era of worldwide acclaim.