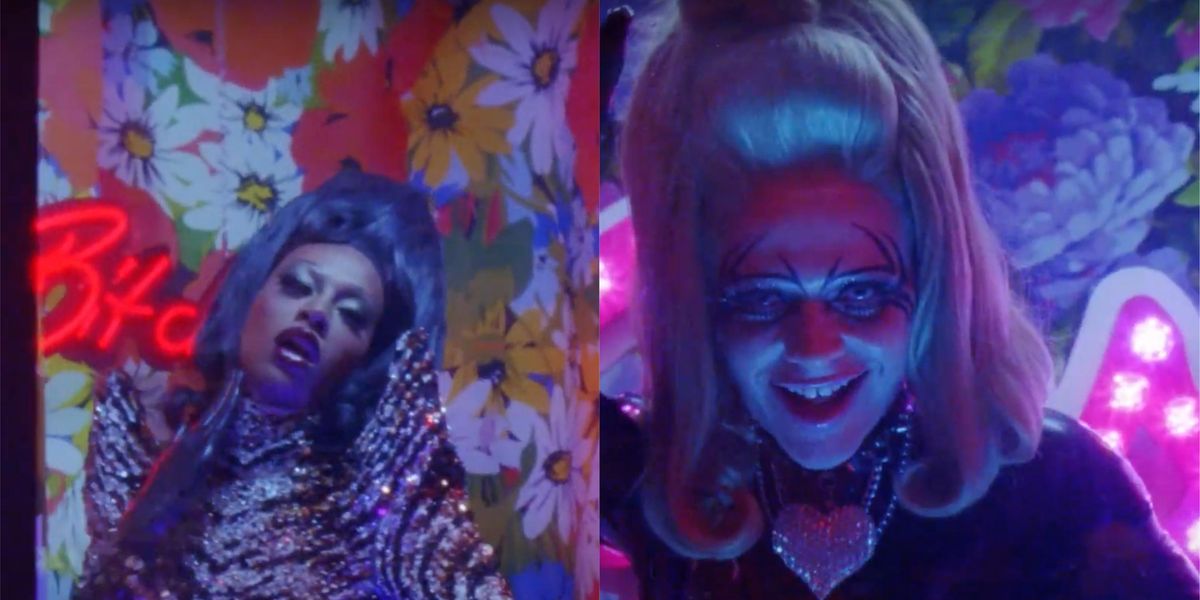 It's been a minute since we last saw a Richard Quinn runway moment! It was February 2020, to be exact, when his fully masked models in spiked embellishments and dramatic florals were the latest chapter in the British designer's rapid ascent, which kicked off not too long before that with a fashion prize from Queen Elizabeth herself.

Related | How Bimini Made Acne a Fashion Statement

Today, nearly 16 months later, Quinn made his grand return not only as a fashion maestro but as a set designer and film director. In lieu of a catwalk, he opted for a cinematic video filled with an eclectic cast of models, cats, cowboys and ballerinas frolicking through the streets of SoHo and other surreal settings in a sort of mixed-reality, time-warped fantasy.

Drag Race UK fan-favorites (and fashion darlings) Bimini Bon Boulash and Tayce make a cameo in the SoHo portion of the film behind window storefronts, the former in a black latex getup and the latter in a structured evening look. Speaking of latex, the material was a recurring motif in Quinn's fetish-inspired video complete with whips and leather at every turn.

For the film, Quinn referenced the classic technicolor films of Hollywood while combining extravagance with darker undertones that reflects his brand's signature twisted take on romance. See the complete video, below.