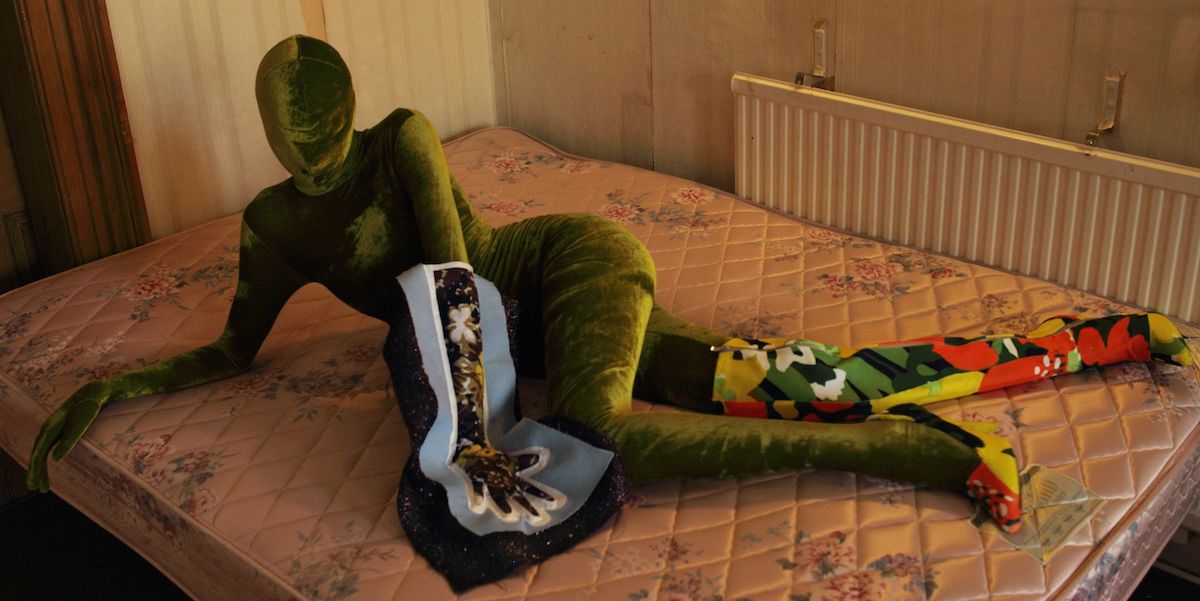 Designer Richard Quinn cut his teeth interning at Dior in Paris and with the master tailors on Savile Row in London. His work, hailed as "cracked couture" when it first debuted, breaths new life into the traditional silhouette and is a dizzying whilrwind of graphic prints, modeled head-to-toe by models on the runway -- even their faces covered by fabric. Quinn's designs were a highlight of the Central Saint Martins M.A. graduation show earlier this year and, now that he's graduated from the elite design school -- where he studied on a scholarship from the Stella McCartney Foundation (his designers are eco-friendly and cruelty free) -- we decided to check in with the promising young designer about what's next. Here, Quinn opens up about learning to say no, the city that nurtured his talent and offers a word of advice to his younger self. 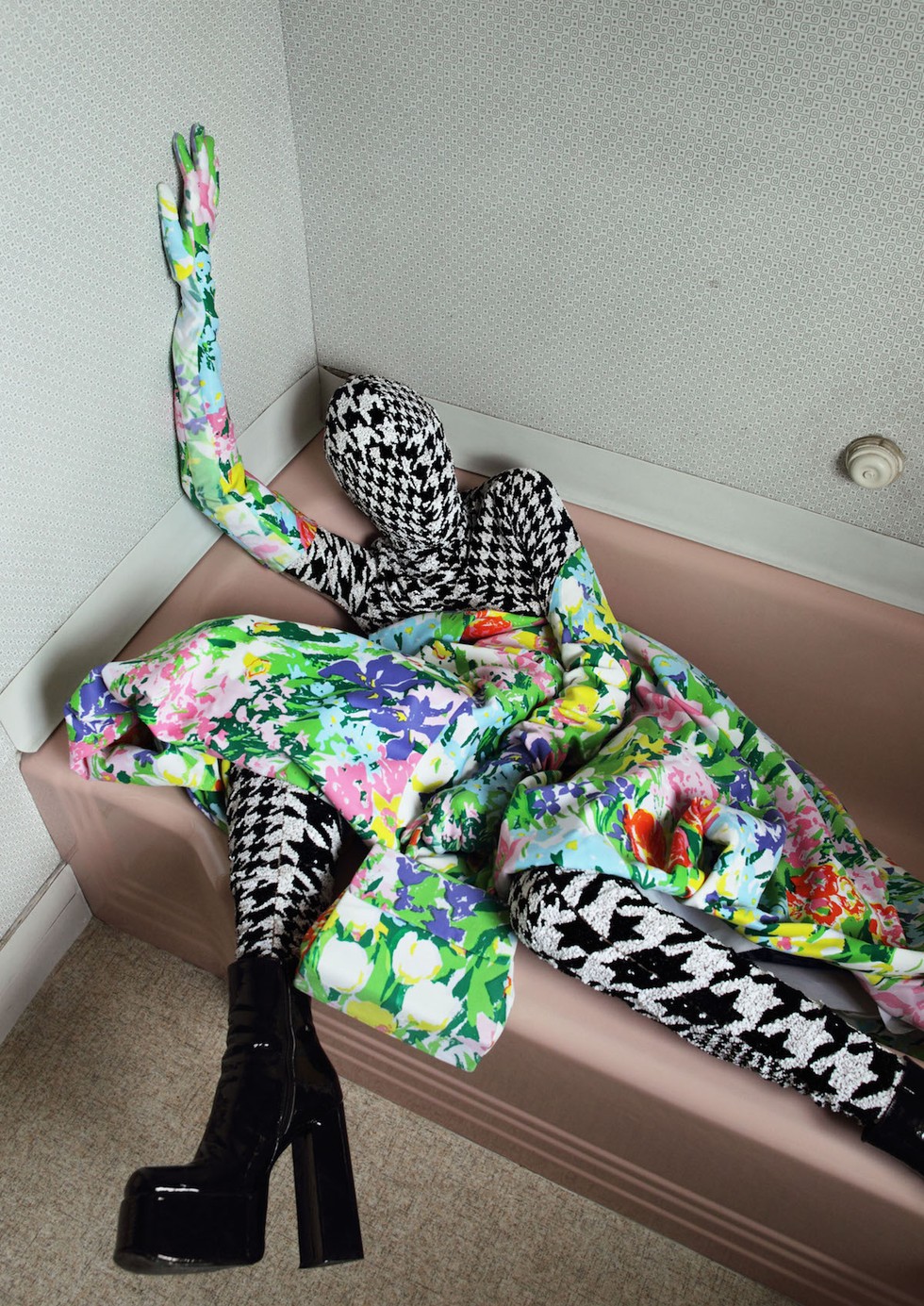 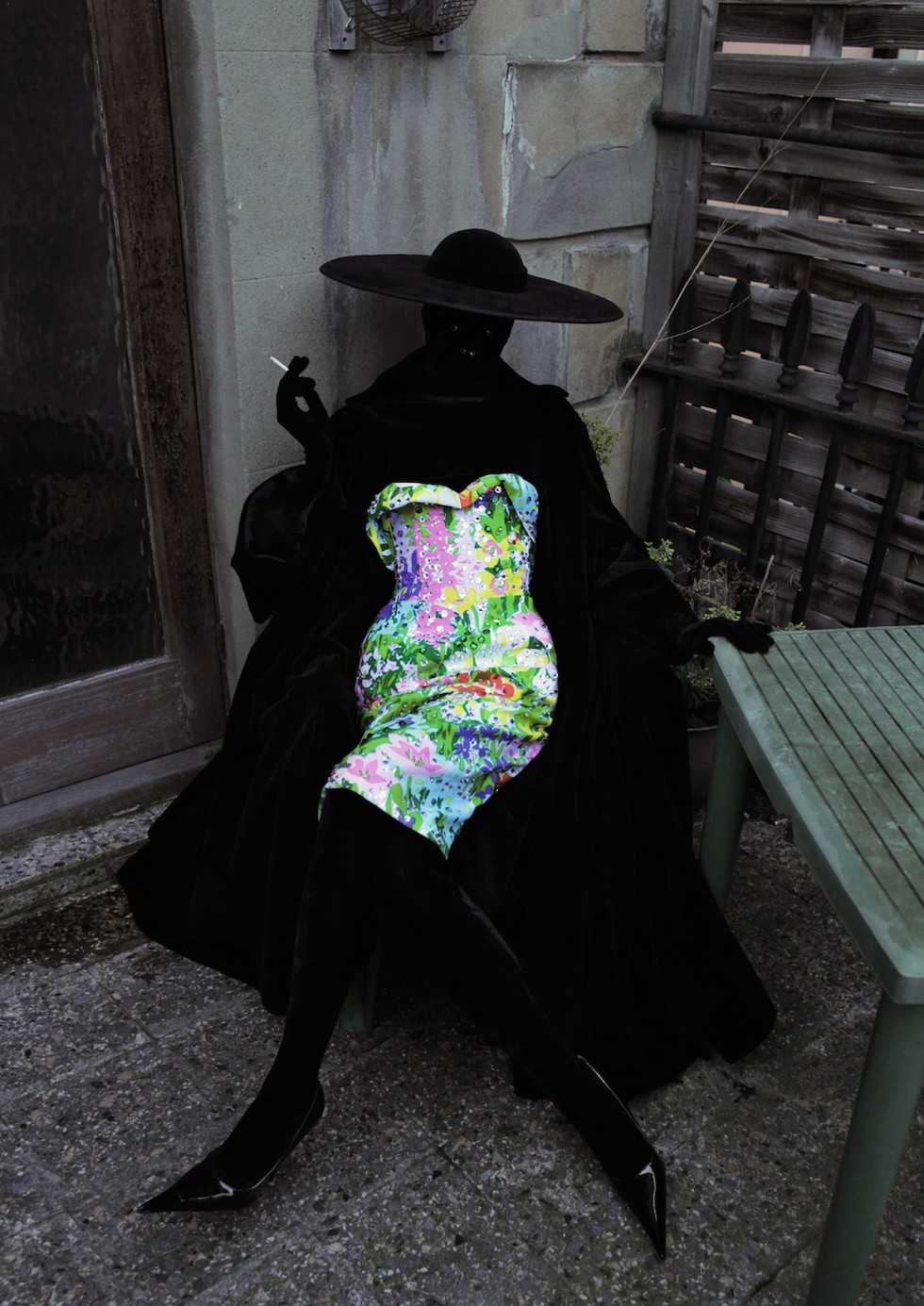 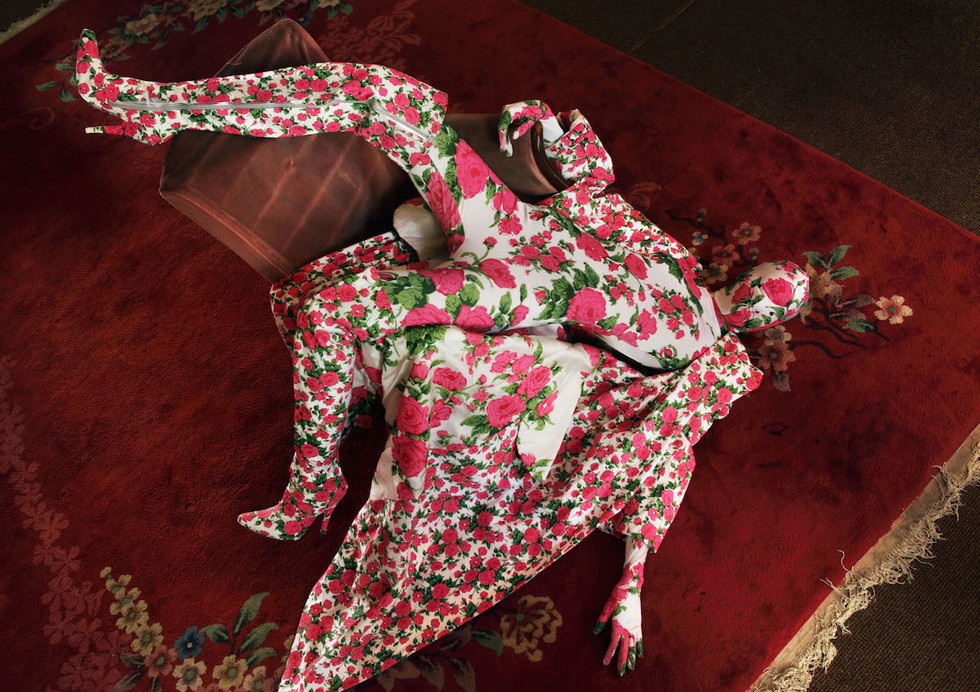 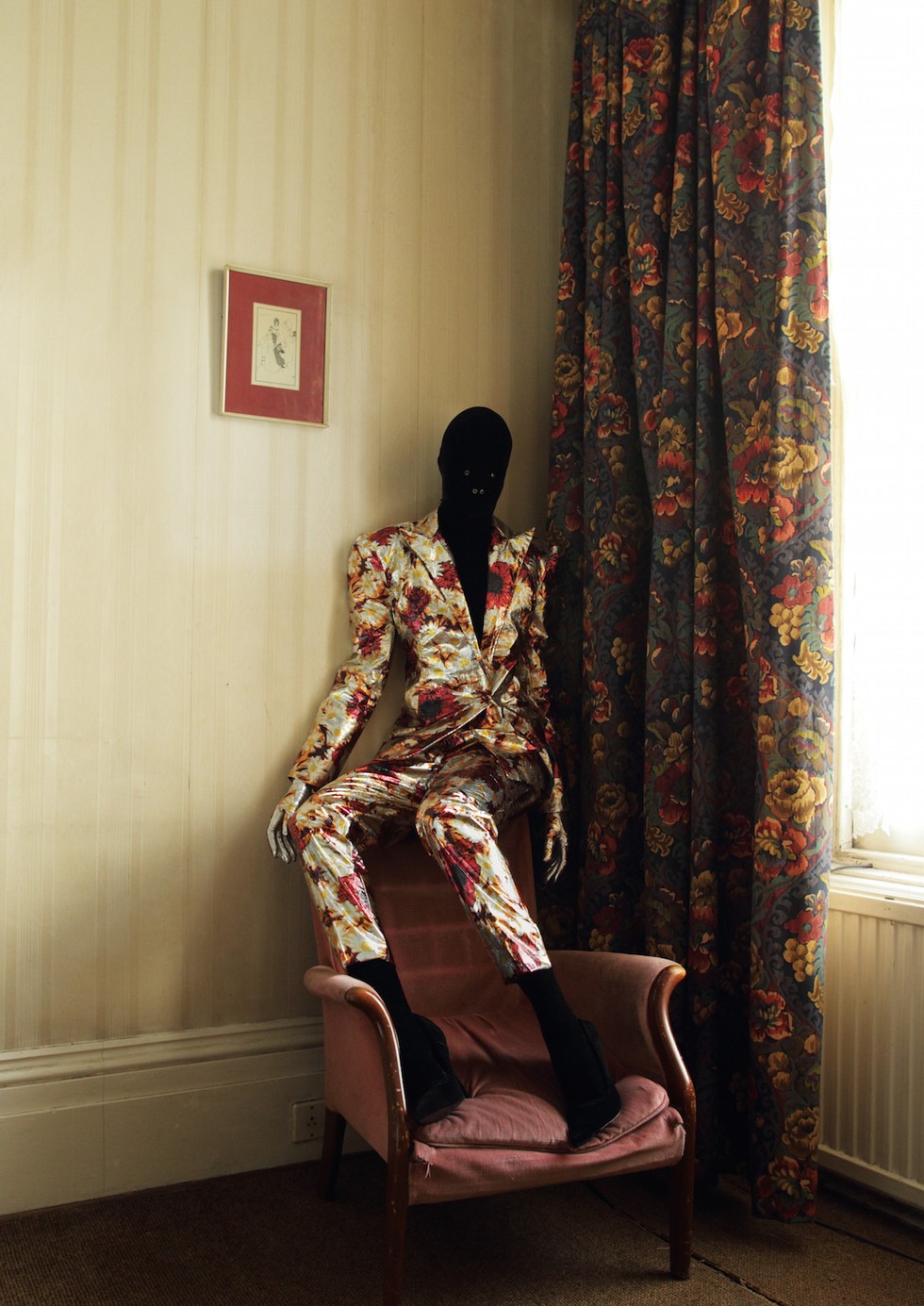 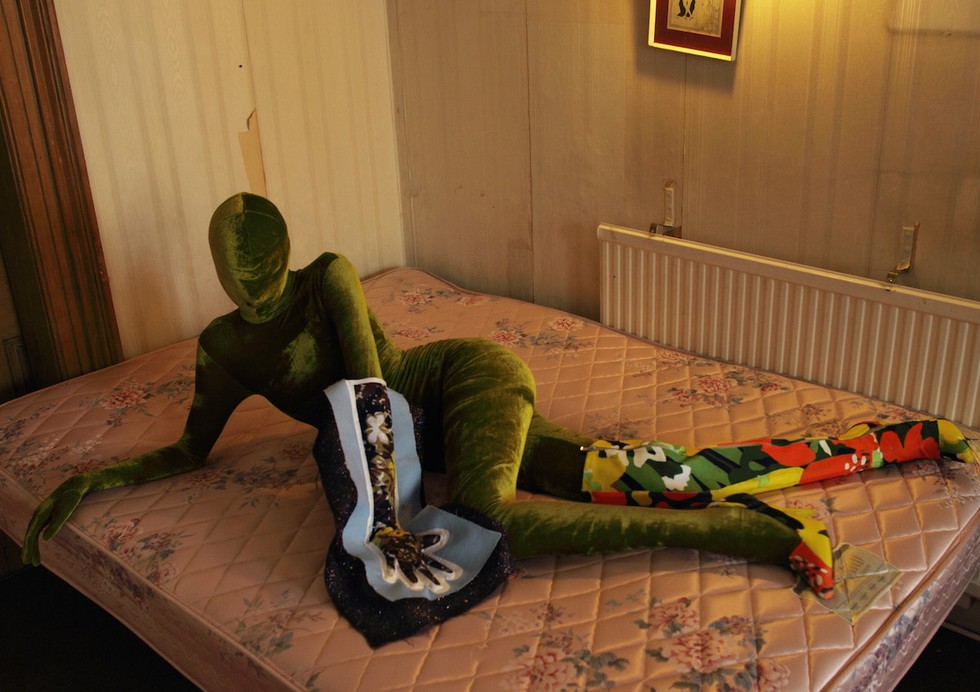 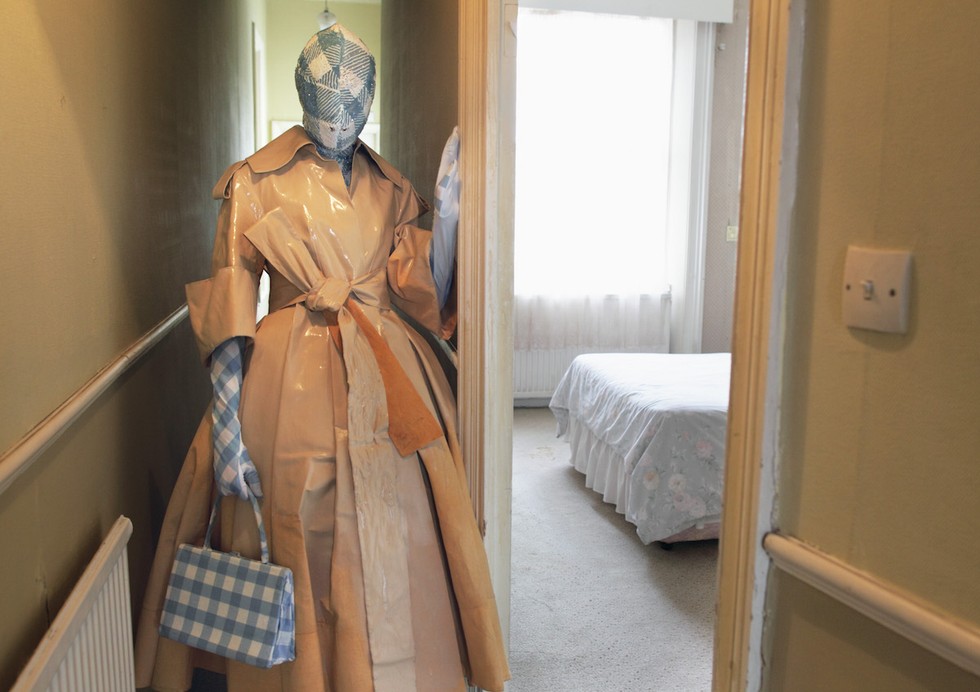 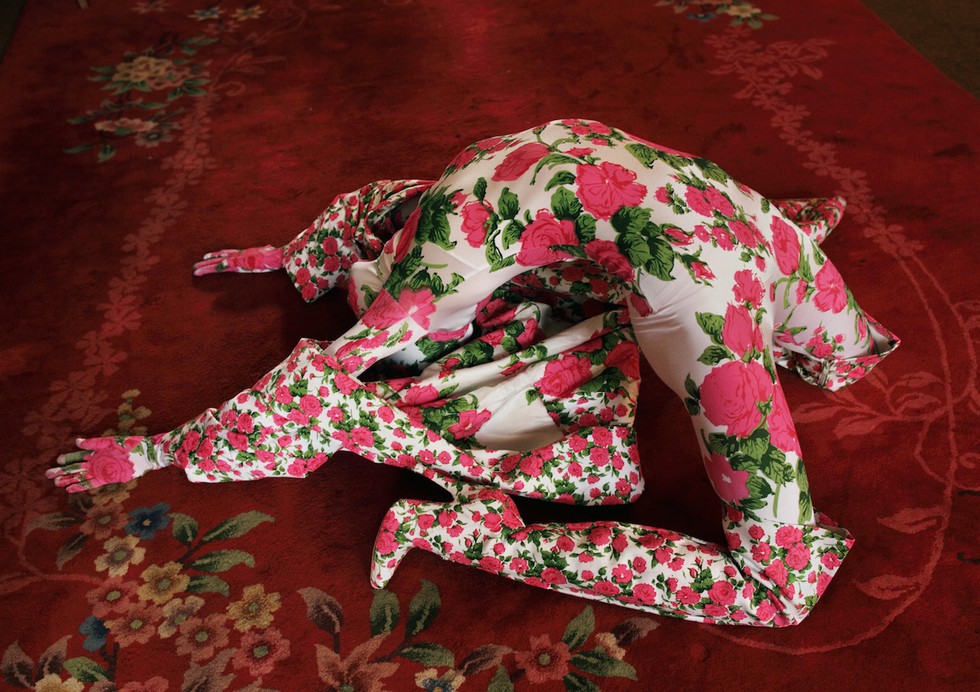 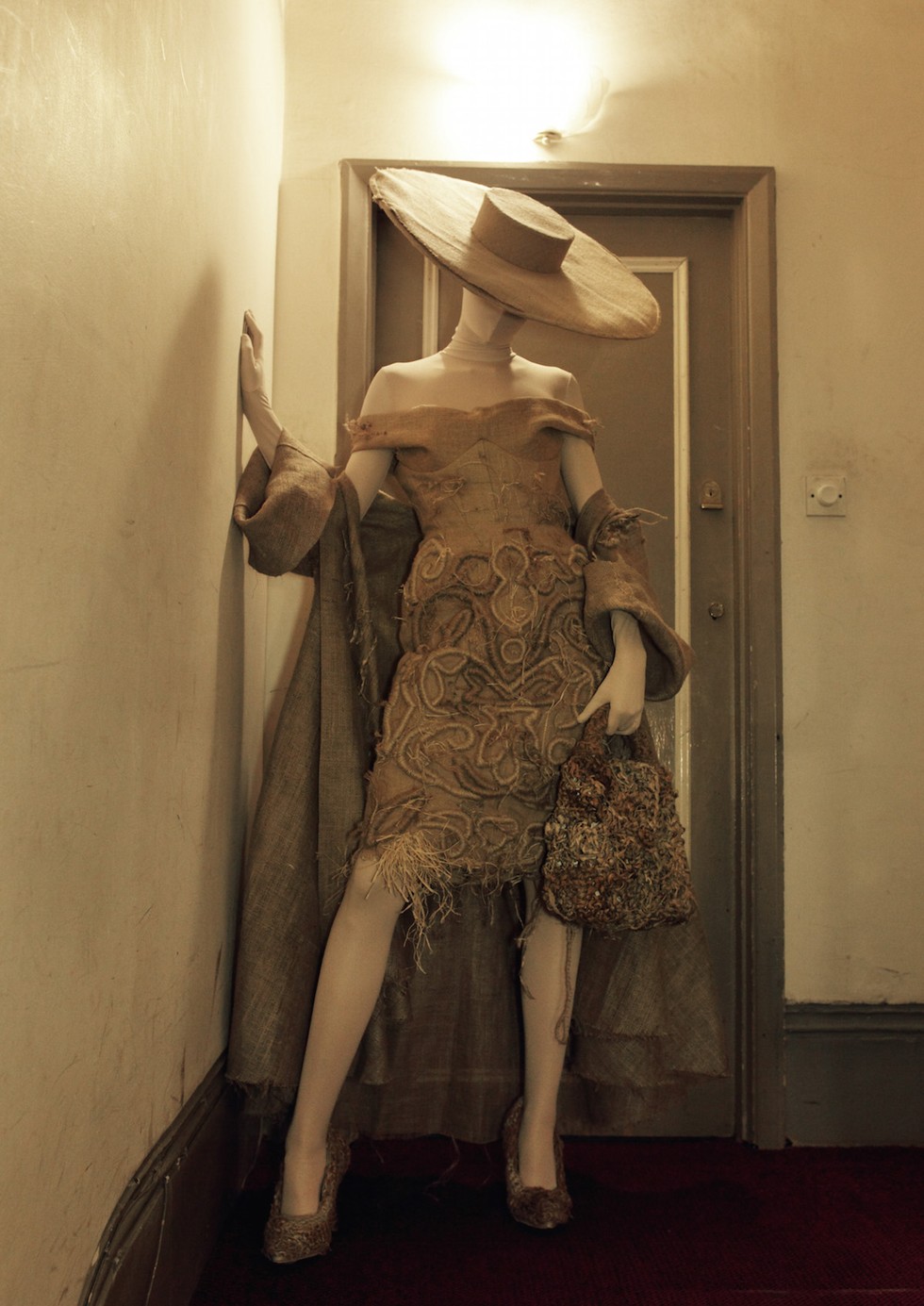 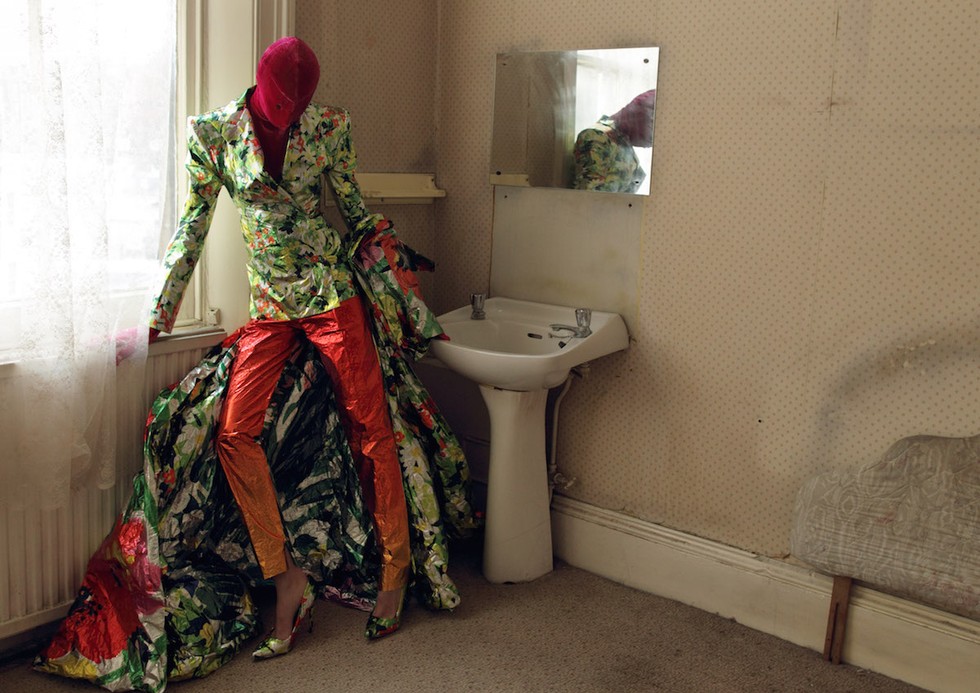 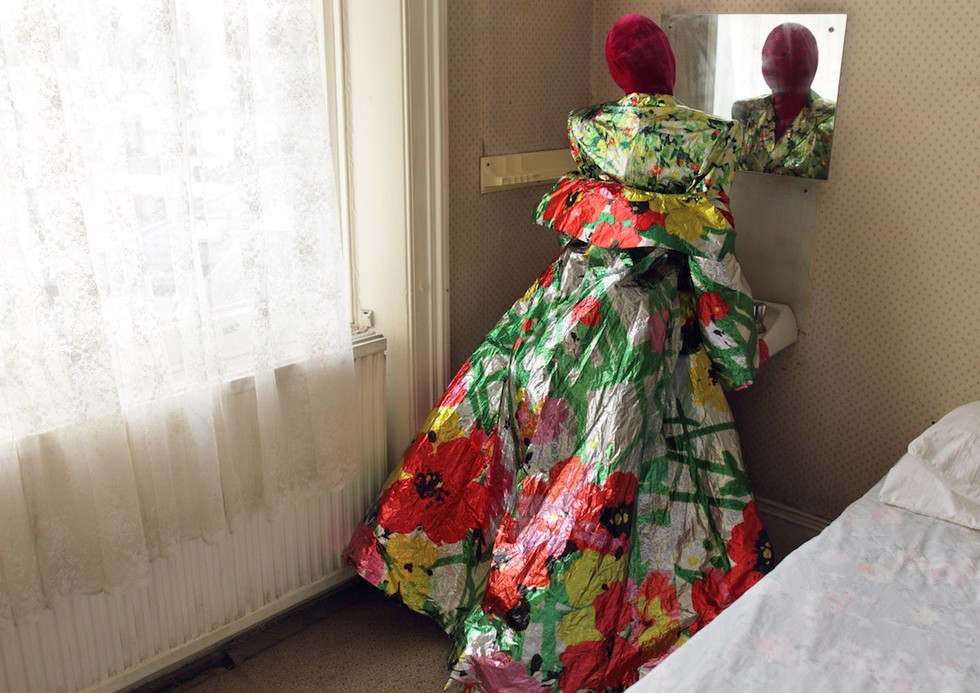 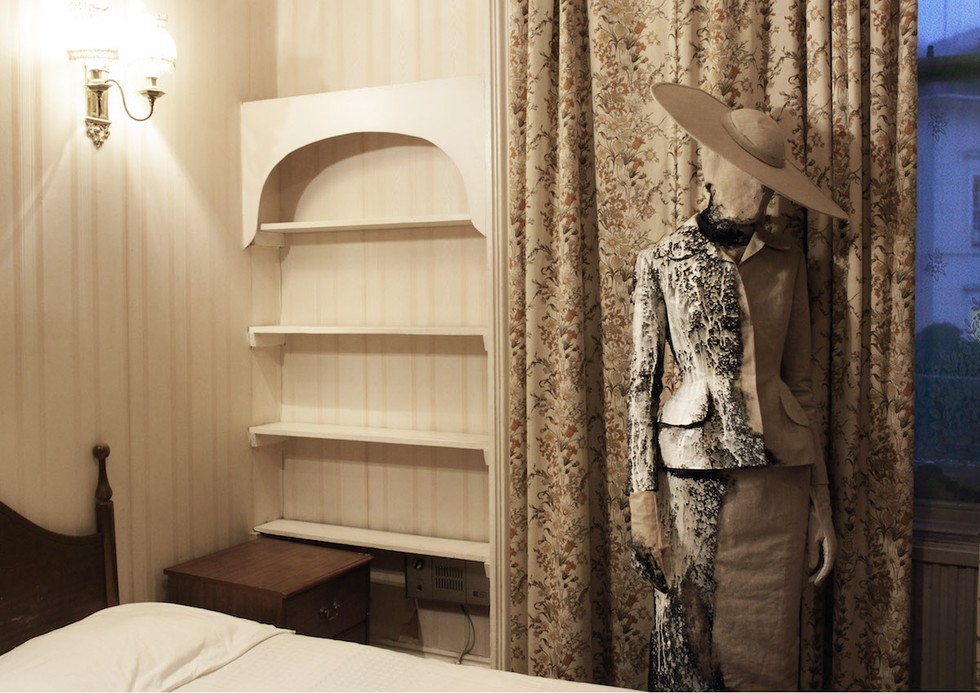 How are you? What have you been up to today?

Doing well thank you! I have just been catching up with emails and general things around the studio as I've been away. Also trying to track down screen-printing equipment, exposure units and a large format heat press. Never a dull moment.

I find it difficult not to be creative living in London –- how does the city, culture and people inspire you?

I was born and raised in southeast London but moved more central when I started at Central Saint Martins. Being around like-minded people is really inspiring. It's the first time I was really surrounded by people passionate about art, design and fashion. There have been extreme highs and extreme lows in this city but it never stops.

How would you say your work has evolved, from the first sketch to now?

Being open minded to things changing is so important. You can have an amazing image in your head or a sketch but in reality that cut or print might not work. I have to adapt and change to get the collection to where it needs to be. Countless fittings and more research is vital. Always keeping the mood just making sure the look and design capture it.

What was the thinking behind covering the models faces completely?

My tutor Fleet introduced me to the work of Paul Harris, an artist from the 1960's who upholstered figures in floral fabric. They would still look so fresh and modern even if they were put in the present context. The idea of the woman becoming the textile really became a reality when there was no skin on show.

How do you conceive femininity in your work?

I wanted to give the mood that the woman was unafraid. Power and femininity go hand in hand. I believe femininity comes in all forms but I feel my way is an interesting way to present it. It was actually unsettling the first time I saw the feminine cuts on a completely covered girl.

What is important to you at the moment as a designer?

More so than ever the idea of a show with real fashion is paramount to me. Also learning to say no is quite hard but I'm getting better at it. I'm just pushing for the next collection to maintain the unafraid attitude and mood.

Do you pay attention to fashion trends?

I think you have to be aware of the trends out there to react against it. My favorite line is when someone says they don't do fashion research or look at current shows… I mean, that's just crazy. It's just an excuse for bullshit lazy people out there.

How vital is social media to you as person and designer, if at all?

High profile requests have come from stylists direct messaging me on Instagram when they can't find my email. It's very accessible to a cross section of people who perhaps wouldn't follow fashions traditional output platforms.

Which films do you love to watch?

I really like escapism in films. I remember watching Edward Scissor Hands and Nightmare Before Christmas and being obsessed. If my collection were to be made into a film I would say a classic story directed by Baz Luhrmann, with a modern quite surreal take on the story. By far his imagery, style and execution is my favourite.

Has anything from your childhood informed or inspired your work?

The sense of the human touch to my work is definitely still there and something that I will definitely keep.

If you could, what would you tell your 16-year-old self?

Don't be hung up on someone who will just use you then forget about you.