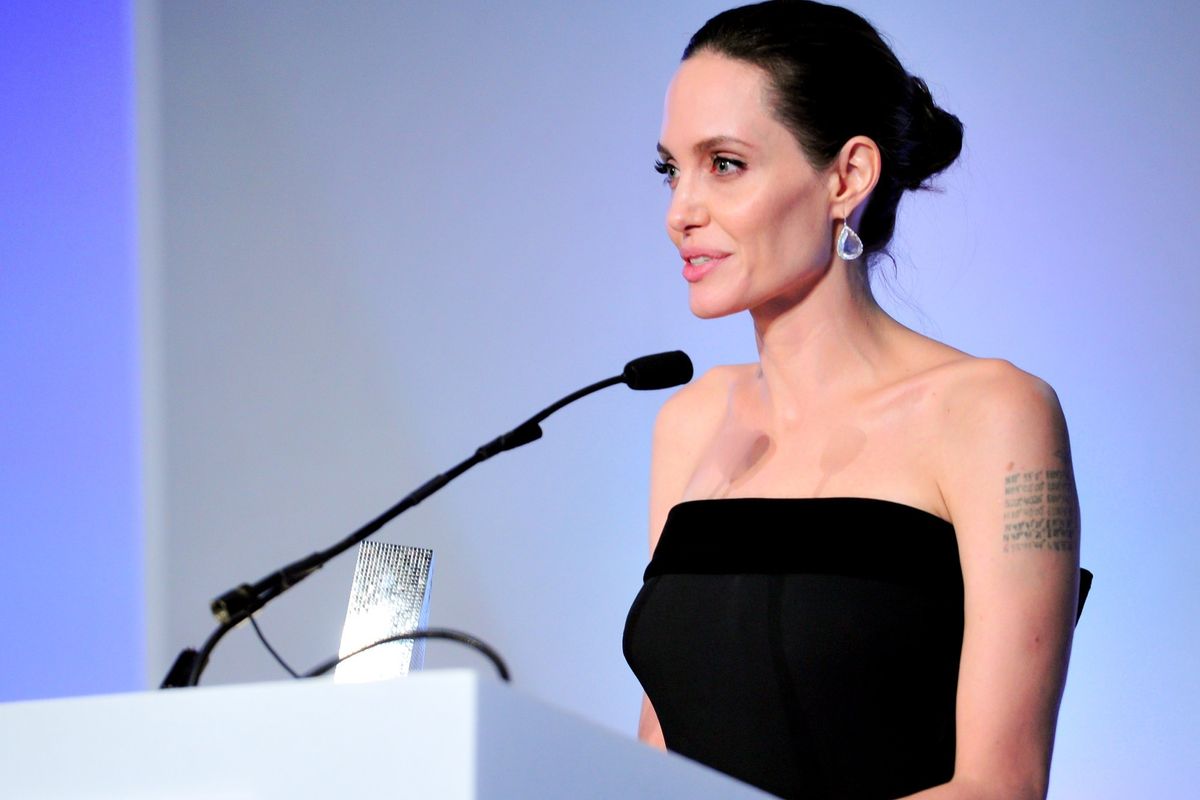 Written for The New York Times, Jolie begins by stating that, "Refugees are men, women and children caught in the fury of war, or the cross hairs of persecution."

"Far from being terrorists, they are often the victims of terrorism themselves," she says. "I'm proud of our country's history of giving shelter to the most vulnerable people."

Reasserting that America has always been a country of generosity in terms of the fight for human rights transcending, "culture, geography, ethnicity and religion," Jolie says, "the decision to suspend the resettlement of refugees to the United States and deny entry to citizens of seven Muslim-majority countries has been met with shock by our friends around the world precisely because of this record."

She also mentions her own children, all of whom were "born in foreign lands and are proud American citizens," writing that she wants our country to be safe for them and all other children. "But I also want to know that refugee children who qualify for asylum will always have a chance to plead their case to a compassionate America," she said, adding that she wants to know, "that we can manage our security without writing off citizens of entire countries — even babies — as unsafe to visit our country by virtue of geography or religion."

Finishing her essay by articulating that this kind of discrimination will also fuel extremism abroad and invite "the very instability we seek to protect ourselves against," Jolie argues that, ""If we send a message that it is acceptable to close the door to refugees, or to discriminate among them on the basis of religion, we are playing with fire."

"We all want to keep our country safe...We have to make common cause with people of all faiths and backgrounds fighting the same threat and seeking the same security," she finishes. "This is where I would hope any president of our great nation would lead on behalf of all Americans."

Read her entire essay over at the New York Times.