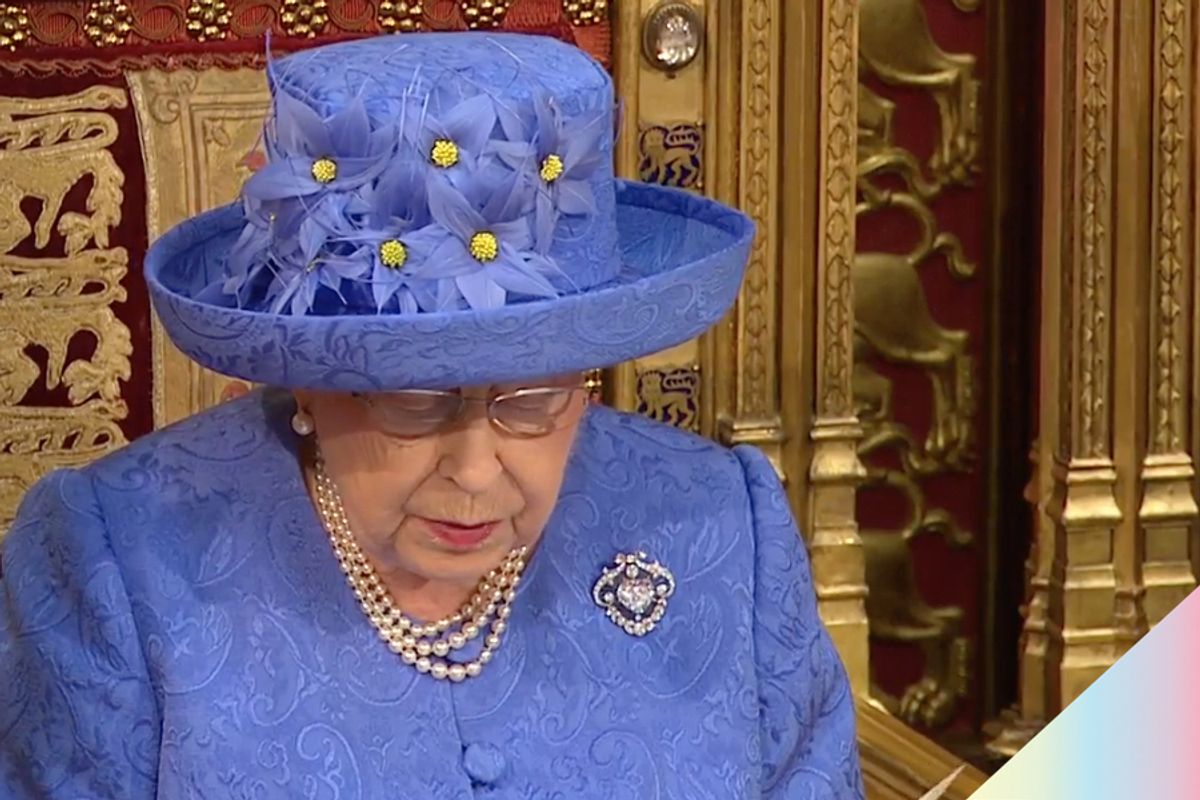 The one and only Queen Elizabeth II promised that the United Kingdom will continue to fight against anti-gay discrimination during the Queen's Speech today in front of Parliament. The speech is usually given annually at the start of every Parliamentary year to outline the policies that ministers hope to work on and laws that need to be approved.

"My government will make further progress to tackle the gender pay gap and discrimination against people on the basis of their race, faith, gender, disability or sexual orientation," the Queen said. It is the first time that any mention of LGBTQ rights has been included in the Queen's Speech.

While the inclusion may seem relatively minuscule and expected in the grand scheme of things, it comes at a time where it's absolutely essential for the LGBT community of Britain. According to a new survey, nearly half of LGBTQ people that reside in London say that they are victims of a hate crime, while over 68% say that they worry about becoming victims in the future.

When also considering the political turmoil in the UK, including the threat of LGBT rights from more conservative political parties, the acknowledgement from an actual Queen and influential monarch that her government will fight for LGBT rights and anti-discrimination policies is all the more reassuring, and something that we should demand from other certain world leaders. Watch the entire speech below.