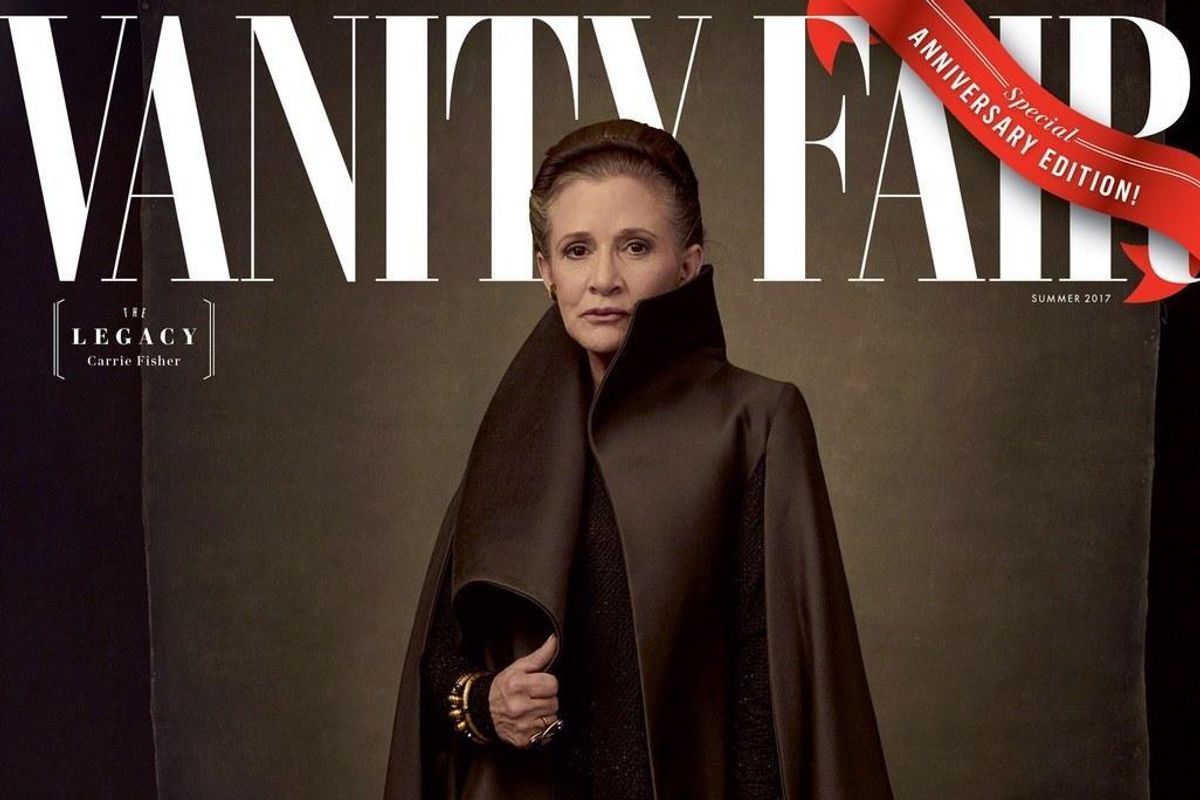 As the Star Wars franchise celebrates it's 40th anniversary this week, Vanity Fair has released four covers from the set of Episode VIII, The Last Jedi featuring it's brightest stars – including the late, legendary Carrie Fisher – for its summer issue.

The entire Annie Lebowitz-shot portfolio will come out online tomorrow alongside an in-depth look into the film's creation written by David Kamp, whereas the actual issues themselves will hit newsstands next Wednesday, May 31. One cover features Daisy Ridley and Mark Hamill, Gwendoline Christie, Domhnall Gleeson, and Adam Driver cover another issue, Oscar Isaac, John Boyega and Kelly Marie Tran are together on another and Carrie Fisher appears alone for a solo cover (as she should). As for The Last Jedi, that ol' chestnut will hit cinemas December 15.

Have a flick through below and weep.