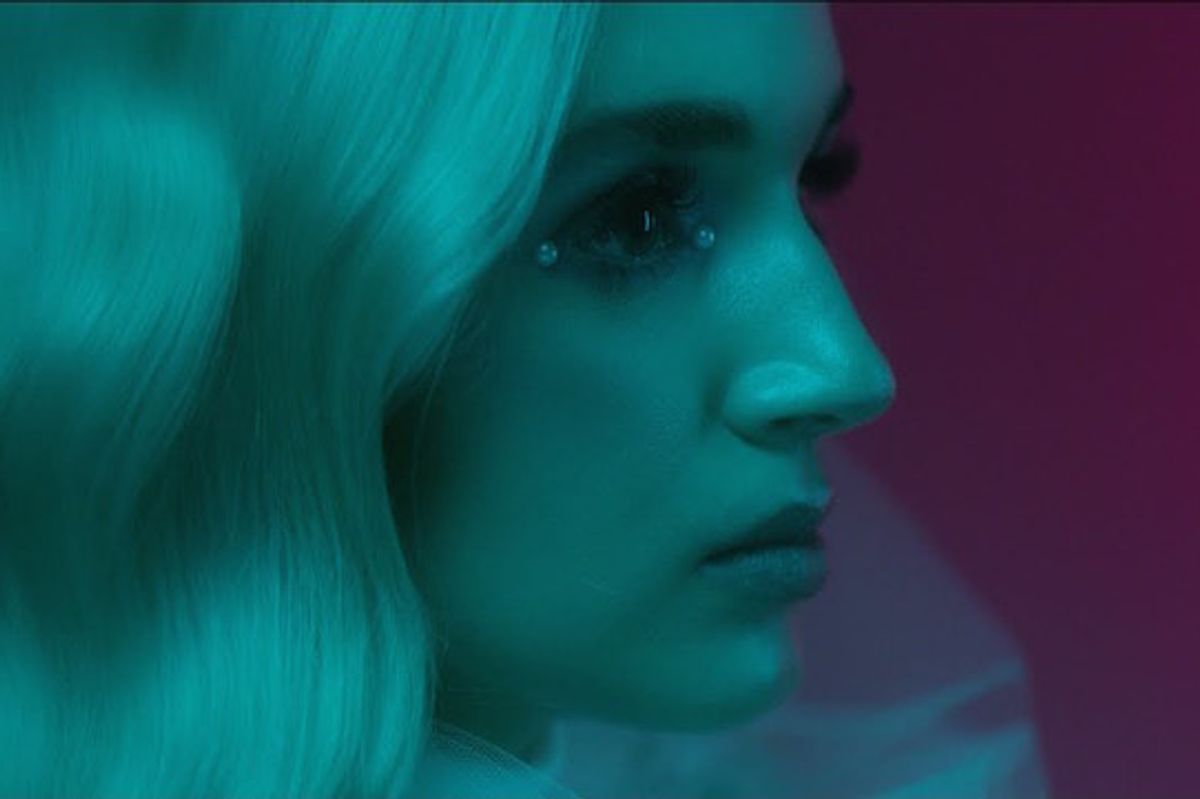 Premiere: Poppy Catches You in Her “Interweb” in New Video

Poppy is an enigma, to say the least, and that's exactly how she wants to remain. The artist had made her name through uber-squeaky, perfectly plastic pop music, and a series of YouTube videos with haunting ambient sounds, repetitive commentaries that poke at web culture, and inanimate characters that enthrall, enchant, and frighten all at once. In some videos, she interviews a basil plant and ponders why Selena Gomez has so many followers. Others deal with her tumultuous relationship with a mannequin named Charlotte. She's not even afraid to call out racism like a true online activist.

No one truly knows who Poppy is or where this ethereal creature comes from, but it doesn't stop fans from trying to find out — just look at her dedicated Reddit sub-threads and Twitter mentions for proof. Her admirers and fascinated investigators analyze every video searching for clues about her real identity, or proof that she's trapped and needs help, providing the perfect material for your conspiracy theory desires. They may find more to speculate about in the music video for her hypnotic new single, "Interweb," premiering exclusively on Paper. Those background dancers seem ripe for interpretation.

The video for "Interweb" sees Poppy swap her signature sinister pastels for a dark technicolor palette and practically perform hypnosis over the Web. In true Poppy fashion, it only leaves us with more questions. Even what she tells us about the video doesn't give much satisfaction: "Interweb is my new music video. I made this video in Los Angeles. They let me wear a beautiful dress in this music video. My favorite part about music videos is it lets you listen to a song with your eyeballs. I still do not know if I am a spider or a fisherman. I hope you love my new music video." Who is "they"? We may never know.

Poppy seems to own her possessive powers for the first time in the track, off her upcoming album poppy.computer out this October on Mad Decent. She's fully aware that she's in control and has all of us in her virtual trap already — and we're not trying to get out. For those who haven't fallen in yet, prepare to get caught in Poppy's "Interweb" below.

Hair and Makeup by: Jaime Diaz