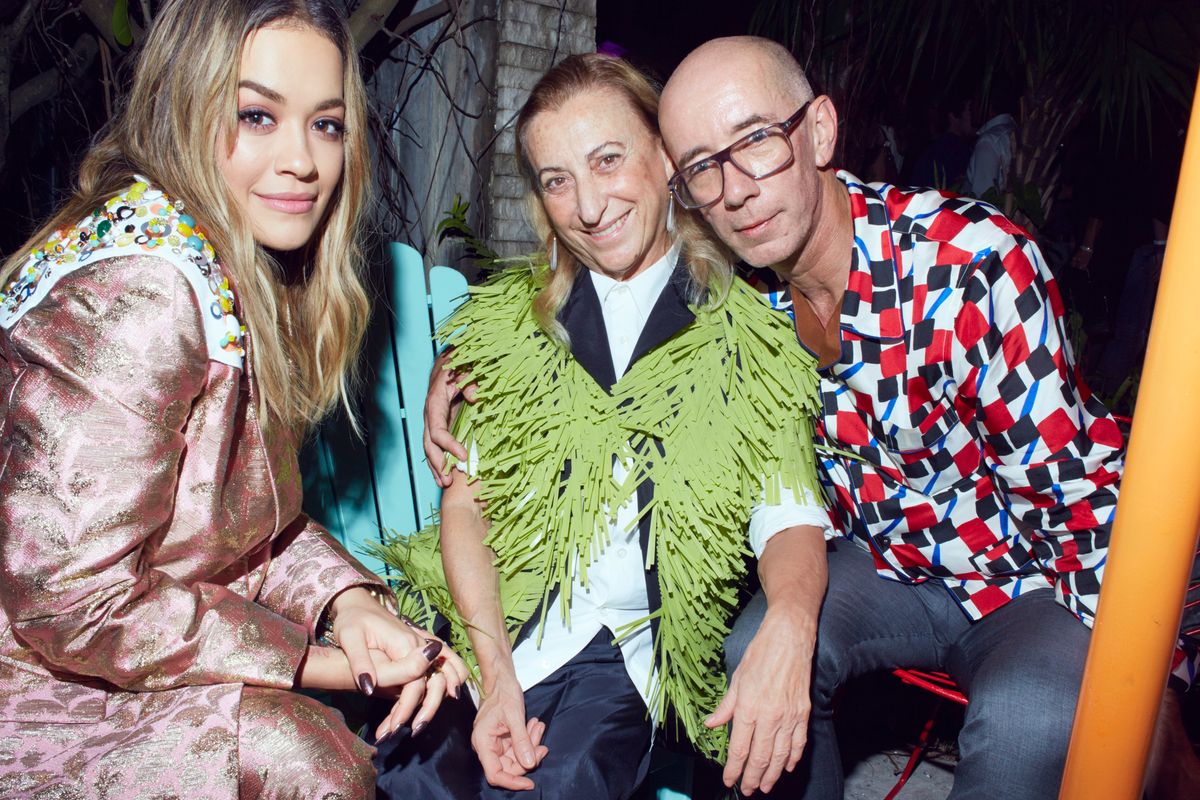 Though Art Basel doesn't officially kick off until Thursday (and the private day for VIPs and big collectors didn't even start until this afternoon), the crowd who turned up at last night's opening of the Prada Double Club — a collaboration between Fondazione Prada and artist Carsten Höller — clearly weren't concerned with the idea of pacing themselves.

The lavish, multi-sensory experience offered so much to take in that no one wanted to leave the fun without having gotten their fill (never mind the fact that the pop-up club will come back for two more nights through Thursday, December 6th). Held in a former ice factory-turned-1920s film studio in the Design District (and, no, that isn't some bio dreamed up by a PR team — that is the real history of the space), the Double Club, true to its name, featured an art installation-as-two distinct discos.

The first was a black-and-white techno cube that looked like the kind you might find in Berlin where everything from the bottles behind the bar to the servers' faces adhered to the color scheme (which, in the latter case, meant that the staff had an eerie dark gray pigment painted on their faces that almost looked like a full facial tattoo). In the second area, this time outdoors, the look was a visual 180 — all rainbow technicolor. Whereas dance and techno music ruled in the black-and-white room, tropicalia and Latin dance music ruled the outdoor scene. There was a Cuban organ, a brass band playing Latin jazz and a live performance by Wyclef Jean.

Hopping back and forth between the two disparate spaces, which Höller said in the press release was intended to create a feeling in guests "like they are the only element of color in the monochromatic side... as if a foreign element in a black and white movie" and then a feeling of "pale[ness] in the hyper-polychromatic other side, where the tropics hit a bit too hard," you'd be likely to spot a who's who of fashion (J.W. Anderson, Virgil Abloh), editors, artists and celebs (Rita Ora, Diplo). And if the first night is any indication, the Double Club is in for a wild three nights.