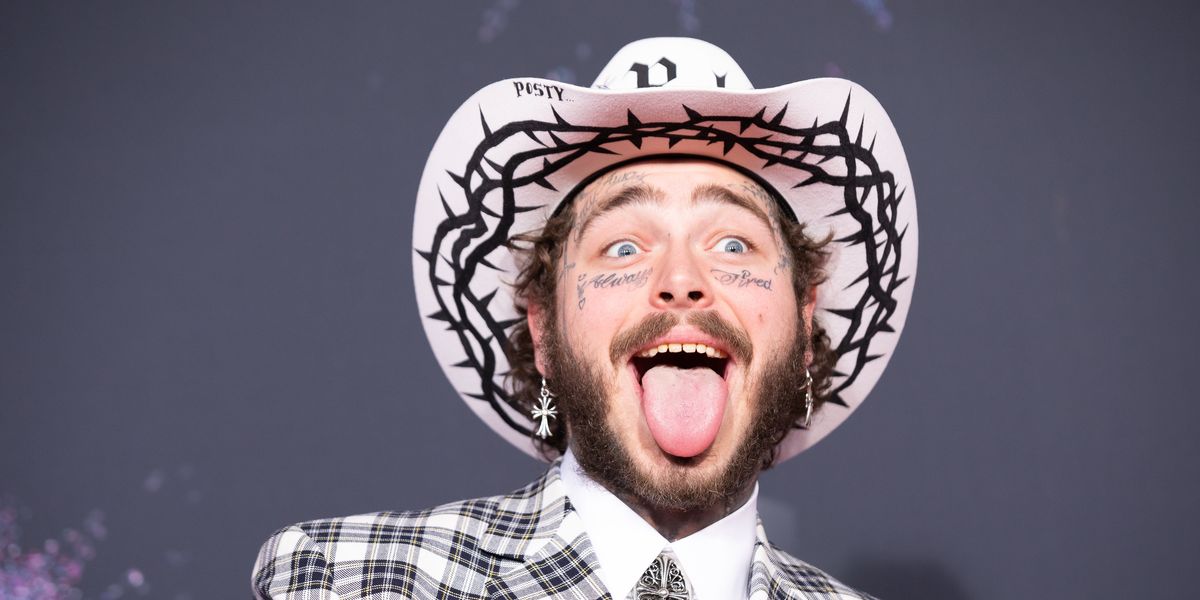 Queen of country crossover (with all respect to Taylor Swift) Shania Twain closed out the American Music Awards last night, and gained an unlikely fan in the process. As part of a medley of contemporary hits by the likes of Drake and Twenty One Pilots, Twain sang a verse from Post Malone's "Rockstar." Cameras cut to Posty absolutely losing his shit in the audience, clearly a fan of the Canadian singer songwriter.

Related | Post Malone On His Perfect Partnership With Bud Light

Malone got up from his seat and danced excitedly to Twain's performance, plastic cup of beer characteristically in hand. The AMAs seem surprisingly loose? Are the AMAs the new VMAs? They're certainly cooler than the Grammys, especially according to Halsey.

Malone wasn't just dancing to his own song — he knew all the lyrics to Twain's '90s hits, including "Man, I Feel Like a Woman," "That Don't Impress Me Much," and "Any Man of Mine." At 24, Malone was just three years old when Come On Over dominated the charts back in 1997 and 1998.

After receiving the Favorite Rap/Hip-Hop album award for Hollywood's Bleeding (during his acceptance speech, he randomly told the crowd of his love for grapes) Posty appeared to be having more fun than most at the ceremony, and was even photographed chatting with two of this year's defining artists: Lil Nas X and Megan Thee Stallion. We'd be open to the collaboration.

Related | Lizzo Brought the Cutest Accessory to the AMAs

We hope Post and Shania got to hang at the after party, too.