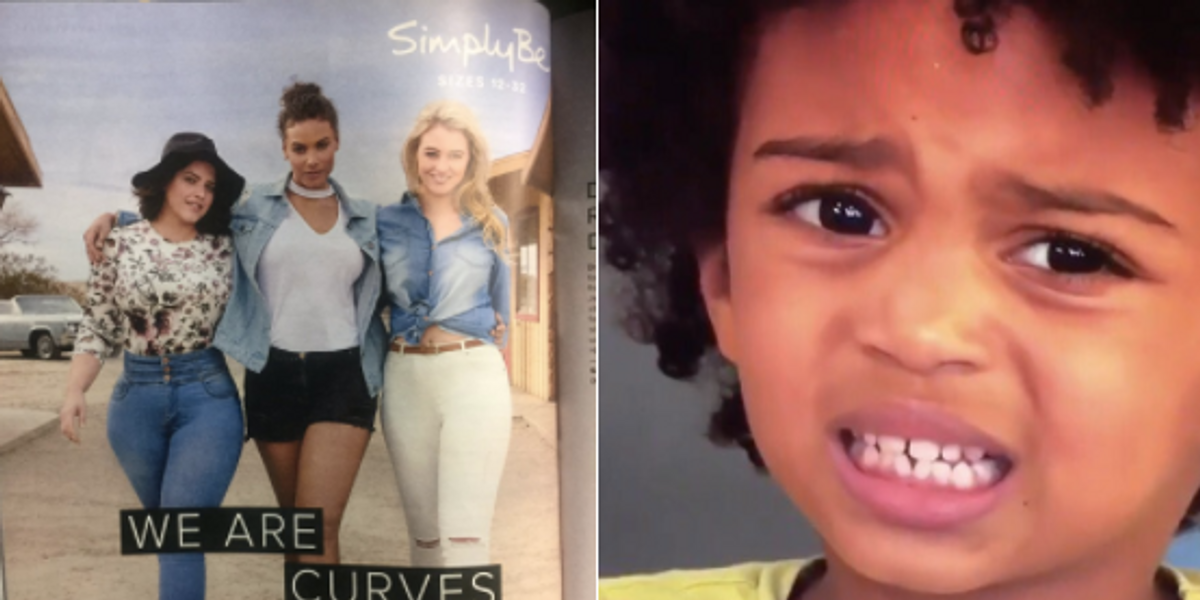 Hot on the heels of Zara's disastrous "curvy" denim ads that failed to include a single curvy model, Simply Be's new "We Are Curves" campaign is under fire for not featuring any models above a US size 12.

The campaign has drawn criticism and disappointment online from a demographic that is typically underrepresented or flat-out ignored.

Have @SimplyBeUK made some kind of mistake? 'We are curves' although non of the models in the advert are big, just normal sized women?
— Bethhh (@bethanyycribbs) March 18, 2017

Clothes fit on fat bodies, not just on one hourglass kind of body!
— The Killerqueen (@fresheima) March 12, 2017

@NerdAboutTown exactly how I felt when I saw this I was like yeah curves but wheres the representation of the people that buy your clothes
— Christie Cook (@Christie_E_Cook) March 11, 2017

This latest campaign 'We Are Curves' or whatever is the epitome of taking 'body positivity' as a strap line but not really understanding it
— Nomi (@Naomi_Griffiths) March 19, 2017

Coincidentally, one of the stars of the campaign, model Iskra Lawrence, spoke with Refinery29 last year about how "plus-size" has lost all meaning, and that instead of making women feel included, the term's loose definition and its application to increasingly smaller models is alienating.

"I'm a U.K. 14 [U.S. size 10 or 12] and I get people commenting on my pictures saying, 'If she's plus-size, what am I?' It could be kept as an industry term — but it's not," Lawrence said. "So you're basically labeling half the population 'plus size,' because the fashion industry has labeled me... people don't want to be labeled."

"Firstly, because why should 50% of women be labeled when the other 50% aren't? And secondly 'plus size' has negative connotations. If you're a U.K. 16 and over, you can't generally shop at the same stores. And you definitely can't shop the same collections. You have to shop in a basement or online. You are not treated equally; you're excluded from fashion. If we could stop labeling all women and treat them equally, I think it would just be a huge step forward. That's what I'm trying to campaign for. It's not just size; it's exclusiveness. And just treating everyone fairly and giving them all the same opportunity to be a part of fashion."

The overwhelmingly negative reactions to these campaigns consistently demonstrate a profound desire for change. Unfortunately, the commercial treatment of women's bodies has yet to catch up with the shift in public opinion.