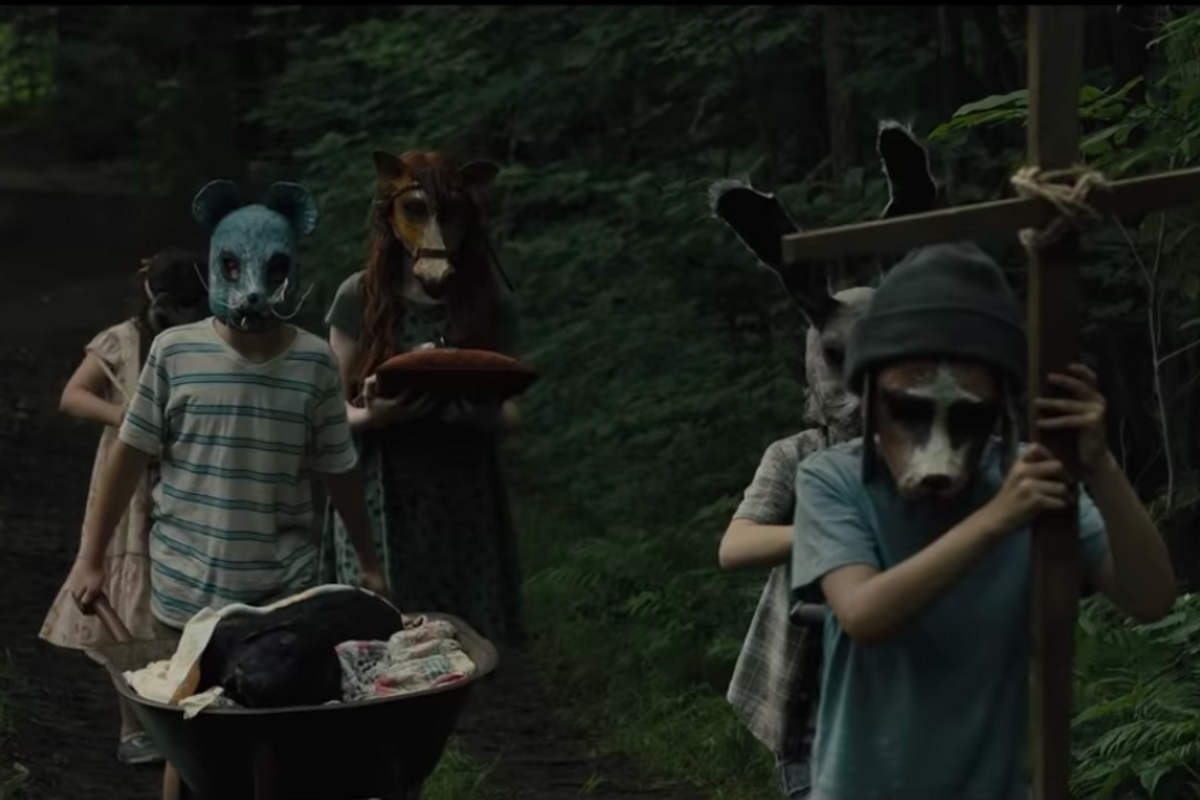 Fuel Your Nightmares With the New 'Pet Sematary' Trailer

Twenty-nine years after the release of the first movie adaptation of Stephen King's Pet Sematary, we have a remake. It looks terrifying! It may be 75 degrees outside, but Shocktober is in full swing.

The new Sematary stars Jason Clarke as Louis Creed, John Lithgow as Jud Crandall, and a bunch of creepy children in animal masks who will surely populate our nightmares soon. Pet Sematary tells the story of a family that moves to an idyllic-looking town in Maine; their new backyard seems to be a lovely forest, but it, uh, obviously isn't so nice. No spoilers, but: beware of zombies. Sometimes dead is better!