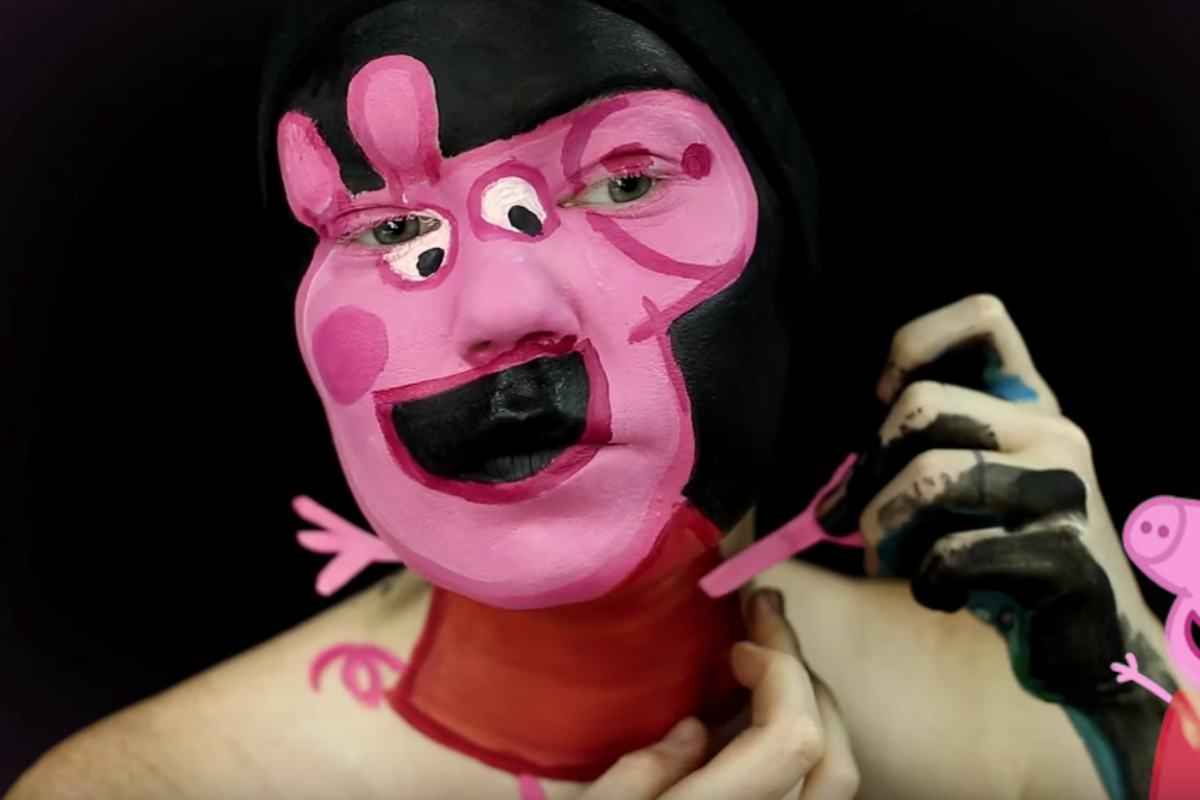 This Makeup Artist Transformed Herself Into Peppa Pig

In one of the strangest makeup tutorials ever made, makeup artist Jody Steel transforms herself into internet's favorite gay icon of the moment, Peppa Pig, who also happens to be a classic cartoon character.

"Hi, I'm Peppa Pig! Do you want to transform into Peppa too? For Halloween or for arts and crafts? Here is a family-friendly, realistic Peppa transformation," the video is captioned.

Related | How I Convinced the World My Replica Was Really Me

Starting with giant strokes of pink paint, Steele then goes on to cover parts of her face in black paint in order to create a wide gaping hole to resemble the mouth, which is equal parts fascinating and scary.

A few more simple moves, and voilà! Although the whole thing is frankly quite bizarre, the tutorial has generated thousands of views and is really just a testament to power of a simple makeup brush. But Twitter was mostly terrified.

"I just watched a Peppa Pig makeup tutorial and I am never sleeping again," one Twitter user who initially discovered and shared the video said.

"The deeper you go on that Peppa Pig makeup tutorial tweet the worse and weirder it gets. Just trust me and don't," another added.