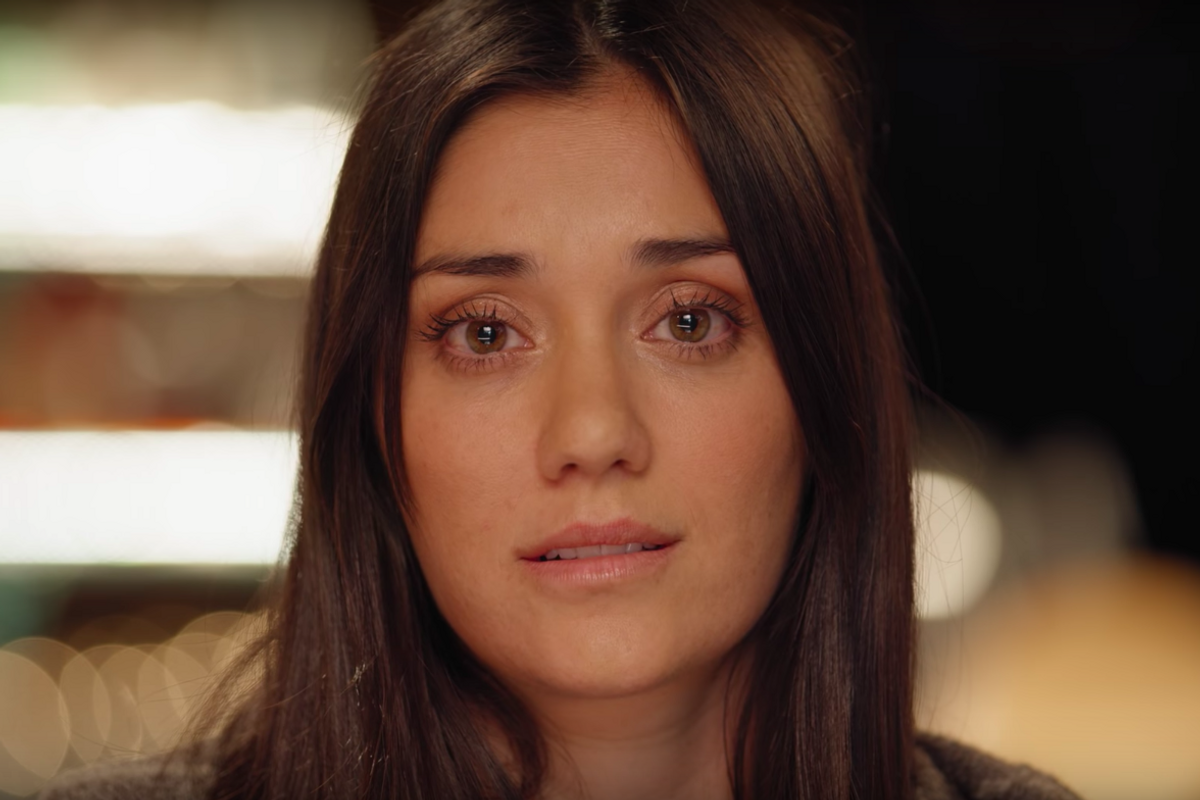 The 'Peloton Mom' Is in Ryan Reynolds's New Gin Ad

Last month, exercise equipment company Peloton released a controversial commercial for their Peloton bike. The problematic video shows a mom who gets surprised by her husband's new gift, the Peloton bike. She then starts her spinning journey, looking scared and a little pained. She records her sessions, and at the end of the ad watches the footage on the couch with her husband. "I didn't realize how much this would change me," she says. "Thank you."

Many people were outraged by the ad, calling it sexist and comparing it to a Black Mirror episode. After its release, the company's stock went down. The company responded without withdrawing the advertisement entitled, "The Gift That Gives Back." "Our holiday spot was created to celebrate that fitness and wellness journey," a representative from Peloton said in a statement, per The New York Times. "While we're disappointed in how some have misinterpreted this commercial, we are encouraged by — and grateful for — the outpouring of support we've received from those who understand what we were trying to communicate."

It seems that the actress from the video, Monica Ruiz, doesn't quite agree with the company. Ruiz stars in Ryan Reynolds's new ad for his brand Aviation Gin entitled, "The Gift That Doesn't Give Back," clearly making fun of the problematic Peloton ad.

In the new video, which was posted on Friday, the Peloton mom is seen staring blankly ahead, looking sad and exhausted by the bar as her friends awkwardly try to talk to her. Her husband is nowhere to be found, and there's no wedding ring on her left hand. They sit in silence with martinis in front of them, until Ruiz says, "This gin is really smooth." To which one of the friends responds, "Yeah! We can get you another one, if you like." The other adds, "You're safe here." They then toast to "new beginnings." Peloton mom then downs a drink just like that, and off-screen, one of her friends says, "You look great, by the way!"

Reynolds posted the add on Twitter with the caption, "Exercise bike not included." And audiences are responding extremely well.

This is the most incredible clapback I've *ever* seen, give this actress from the Peloton ad an Academy Award https://t.co/cTUfpQw1ar
— Nick Lehmann (@Nick Lehmann)1575682819.0

I don't even drink gin, but I'll buy a bottle of it to keep on hand just for the brilliance of this commercial, alone.

Wow! Maybe the Peloton Wife saga will continue across multiple products... or even grow into its own drama series,… https://t.co/rWM1NRmeVd
— Lane Bajardi (@Lane Bajardi)1575684079.0

There's no telling whether we'll be getting a saga on the Peloton mom, but major props to Ryan Reynolds, and whoever the Aviation Gin marketing director is. Cheers!