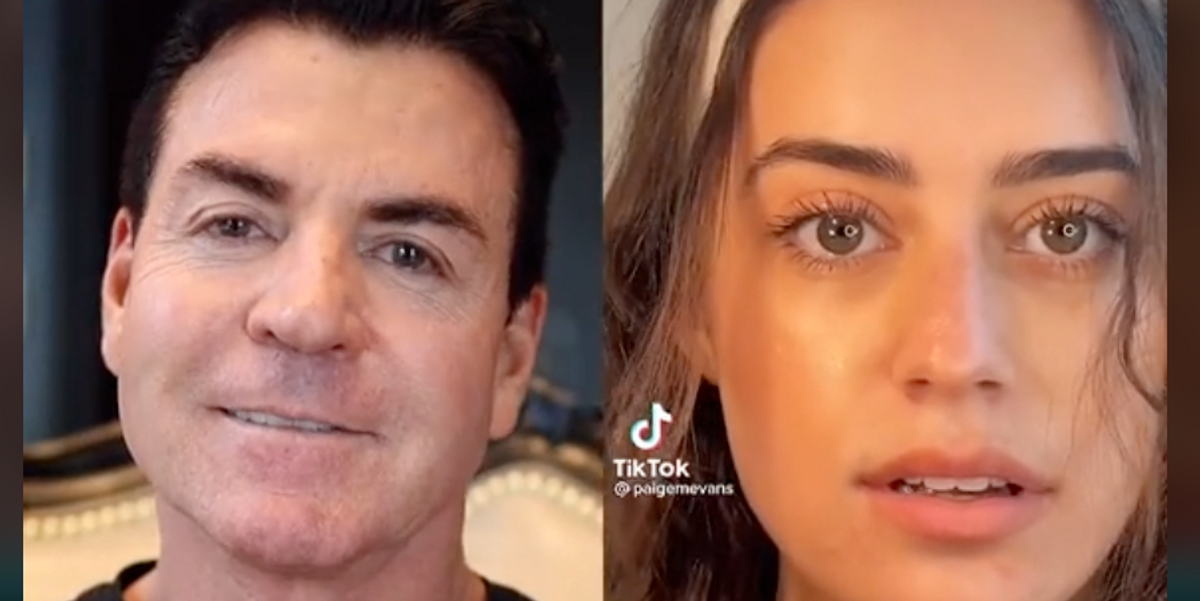 Disgraced Papa John's founder and ex-CEO, John Schnatter, is getting majorly side-eyed for his flirty response to a 21-year-old's TikTok.

Last month, the 59-year-old posted a cringe-inducing duet with a video posted by one Paige Evans. In the original clip, the Canadian actress can be seen lip-syncing along to a line from Phoebe Waller-Bridge's Fleabag, in which her character's sister sternly says, "Don't flirt with him," before Waller-Bridge responds, "I'm not going to." And for some unknown reason, Schnatter decided it'd be a good idea to respond to Evans TikTok with a weird-as-fuck chin tilt and eye wink.

Needless to say, it didn't take long for the roasts to begin, with many people commenting "yikes" on the "creepy" "thirst trap" and accusing him of being a "groomer" who should be sent "straight to jail."

"Why would you do this to that poor child," as one person wrote, while another added, "I just got secondhand embarrassed that I don't think I can recover from."

Extremely sus age difference aside, Schnatter has also courted controversy for a 2018 audio recording from a conference call where he can be heard using the N-word during a discussion about distancing himself from racist online groups and previous comments blaming slow sales on the NFL national anthem protests.

Following his resulting resignation, Schnatter went on to name everyone he believed conspired to remove him from power, before telling these people that their "day of reckoning will come" and asking Papa John's for an apology. His attorneys also claimed his use of the N-word wasn't meant to be " racial slur nor was it directed at any person or group" in a 2020 investigative report.

That said, Evans herself ended up commenting on his video with an "omg hey papa," to which Schnatter responded, "Thanks for enjoying a laugh and having a sense of humor! Respectfully, PJ #papabless." Eeek.

See the offending TikTok for yourself below.