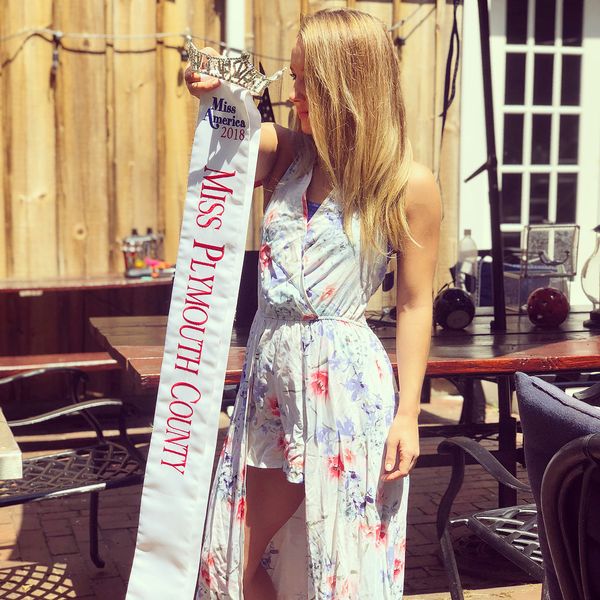 A Miss Massachusetts contestant and sexual assault survivor has resigned from the competition after a tone-deaf skit centered on the #MeToo movement.

CNN reports that Maude Gorman, who entered the pageant as Miss Plymouth County, was gang raped by three men at 13 and thereby triggered by the reference to the rampant abuse of women — handing in her sash soon after. The sketch reportedly poked fun at Miss America organization's abolishing of the swimsuit segment, and featured a woman lamenting, "We may have very well seen the last ever swimsuit competition on stage. It's very upsetting. And I'm trying to understand, God, why it happened." Soon after someone playing God appeared onstage, holding a sign that read "#MeToo" and saying, "Me too, Amy," to cheers from the audience.

"You know I am a survivor of rape at the age of 13. I've been very public with my story," Gorman told the Observer. "In 2015, I was Miss Massachusetts World and I shared my story for the first time with The Boston Herald, and I became a figure against sexual violence."

She continued: "And you know I'm in the middle of writing my resignation letter because I don't even really want to have a local title anymore after seeing something like that. Personally, I can't see myself being a part of the Miss America organization. I am done with pageants. I don't see myself competing again. I am happy with leaving the pageant world behind me."

"I am done with pageants. I don't see myself competing again. I am happy with leaving the pageant world behind me."

Gormon and her fellow competitors were apparently backstage when the skit was taking place, and overheard the jokes, asking each other, "Oh God, did that really happen?"

The beauty queen also shared the announcement on Instagram, claiming the joke undermines the movement and the trauma of the women it supported. "As both a survivor, and advocate for victims rights and sexual violence on a whole, I refuse to stand idly by and simply 'let this go,'" she wrote. "Instead, I will stand up for every individual who has ever had the courage to speak out; and for every person who felt liberated by the #MeToo movement."

According to the Massachusetts Board of Directors, the sketch had not been authorized because it had not been in the night's script. They have offered a "sincere and heartfelt apology for those offended."