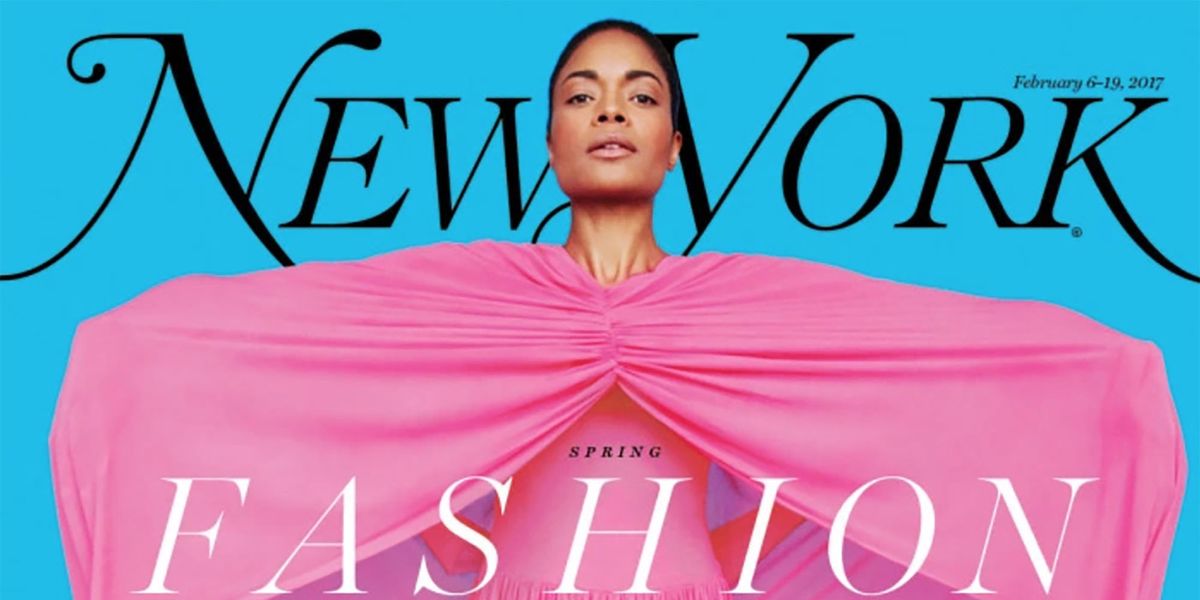 Naomie Harris, who has continually distinguished herself as a mother-freaking dream, is on the cover of New York Magazine's spring issue and she knocks the whole situation out of poignant park.

Here are the four greatest things we learnt from the Naomie Harris profile.

1. Naomie Harris wants you to get out of here with your "everything-is-totally-bitchin'-with-race-now-in-Hollywood-that-black-people-in-Hollywood-are-nominated" nonsense.

Like Viola Davis recently, Harris, who also starred in an Academy Awards front-runner (Moonlight) playing the strung-out mother of a gay son, hits out at the common notion that the #OscarsSoWhite hashtag that trended on social media last year had anything to do with the premiere lineup of black actors this year.

2. Naomie Harris, naturally, is not about Trump's immigration ban.

Harris, whose parents are both immigrants hailing respectively from Jamaica and Trinidad, tells NY Magazine that the current approach towards immigrants in American and British politics (remember Brexit?) is hugely "regressive".

"Because the whole foundation of these countries — America in particular — is based on immigration. Britain wouldn't be the country it is without immigration. So it's madness. It just seems so retrograde to talk about these ideas now, at a time when the world is just becoming smaller and more interconnected. And now, to want to take a step backward, almost to the dark ages, where, you know, 'We want monocultures and mono-races,' it just seems really … yeah, regressive. And very sad."

3. Naomie Harris feels sorry for Tom Hiddleston, like us all.

After Tom Hiddleston's unfortunate Golden Globe acceptance speech, during which he humble-bragged in a big way or, as he stipulated in his apology later, expressed himself "inelegantly", Harris and her look of disappointment became a viral meme.


"I really sympathize with Tom," she says, "because I think it's so easy, under the pressure of those moments … to find yourself going down the path of telling a story and as you're telling it, think, This is not what I want to say, it's not how I mean it to go, but you're kind of trapped on that train and you can't stop … And then ridiculing a person for that … I just think it's so mean!"

4. Finally, Naomie Harris is grateful for your Oscar nod, but does not expect to win, doesn't think she should win.

Perhaps Naomie, but that doesn't stop you from being a 10/10, all-round great gal.