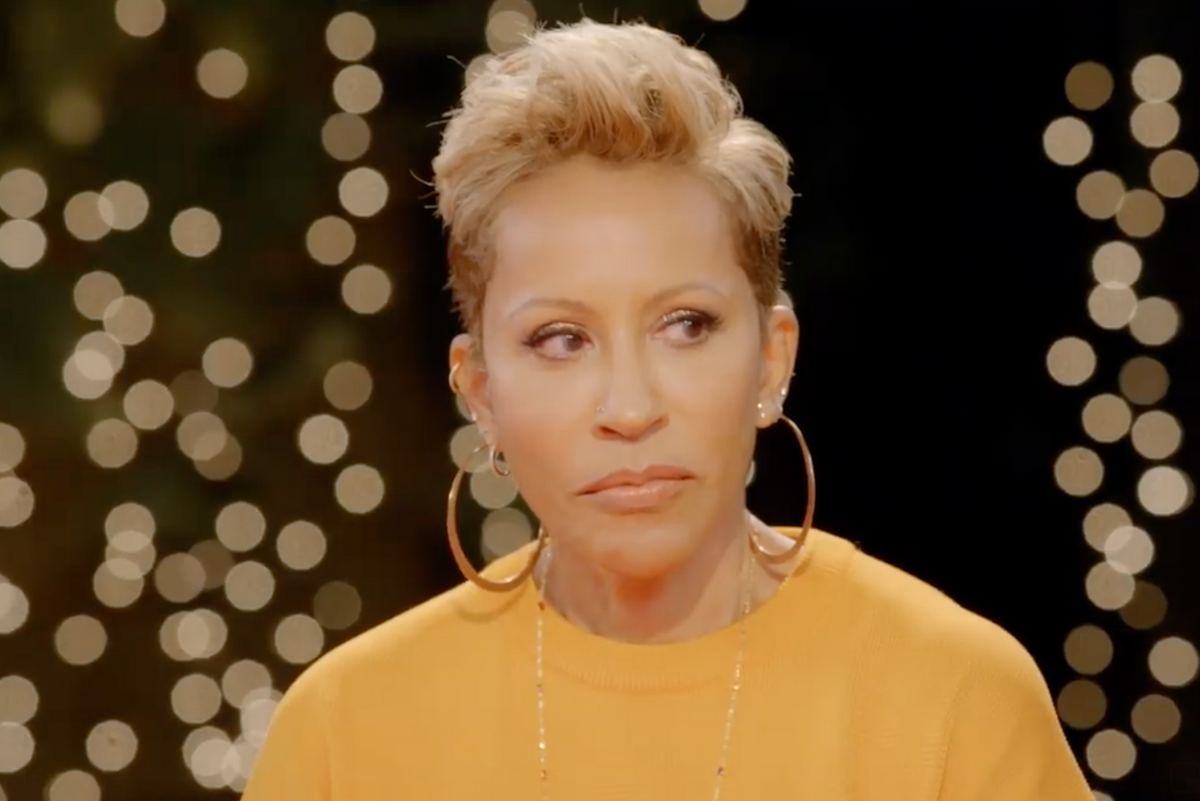 Gammy Had No Time for Olivia Jade's Nonsense

Olivia Jade appeared on today's episode of Red Table Talk in her first big exclusive interview since the whole college admissions scandal went down. And while the disgraced influencer seemed contrite and self-aware during the session, the show's co-host Adrienne Banfield-Norris, AKA Gammy, was not having it. Right from the outset, she seemed irritated that Olivia Jade had even been allowed onto the show to redeem her narrative. And you know what? Fair.

While Jada and Willow seemed more open to hearing Olivia Jade's side of the story — to recap, the daughter of Lori Loughlin and Mossimo Giannulli made international headlines when it was revealed that her parents had scammed her a place at not-even-very-good college USC by emphasizing her non-existent ability to row crew — she was pressed harder by the show's frequent voice of reason.

"I just found it really ironic that she chose three Black women to reach out to for her redemption story," Gammy said before Olivia Jade approached the table. Not mincing words, she continued: "I feel like here we are, [a] white woman coming to Black women for support when we don't get the same from them. It's just, it's bothersome to me on so many levels. Her being here is the epitome of white privilege to me."

She and Jada sparred over whether or not the beauty YouTuber should be allowed a space to speak. "At the end of the day, I really feel like she gon' be okay, you know? And she's gonna recover whether her a** was sittin' at this table or not," Gammy suggested.

Jada replied: "Maybe. Maybe not. That's not something we could say. It's like this, just because you have privilege, it doesn't exempt you. The fact that Willow, for so long, suffered in silence and even turned to self-harming herself because she didn't feel like she had a right to be hurt. I've had to deal with that part as well. People go, 'Your kids are gon' be fine 'cause they rich. We don't care.' And that's painful. And it's not true. I feel like Olivia deserves a space."

Later on in the convo, Gammy interrogated Olivia over her ignorance and privilege. The influencer admitted that when the college admissions scandal first broke, she "didn't see a problem" and thought what her parents had done was "normal." She now has more perspective and can "understand how wrong it has that we had the means to do something and we completely took it and ran with it."

Still, Gammy wasn't moved. "I'm exhausted with everything that we have to deal with as a [Black] community, and I just don't have the energy to put into the fact that you lost your endorsements," she told her guest.

To her credit, Olivia Jade seemed to agree, and said repeatedly that she was there to listen and learn. It''s hard to imagine a tougher opponent to face off against on the first stop of your redemption tour, right? It will be interesting to see where she goes from here.