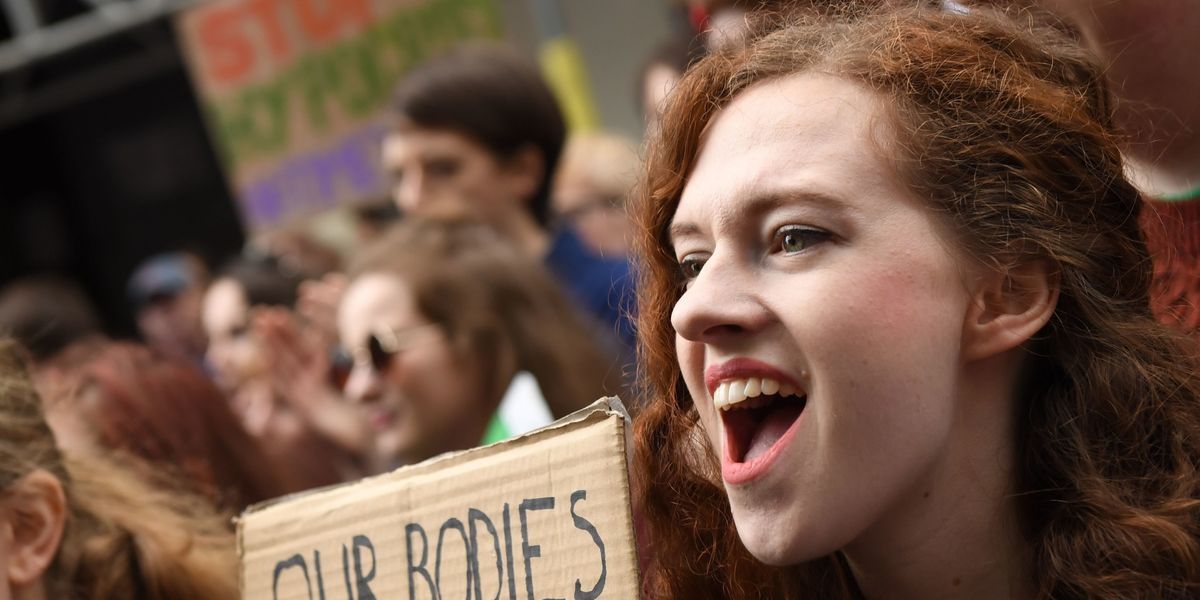 Ohio Is the Fifth State to Outlaw Abortion After Six Weeks

Ohio Governor Mike DeWine signed a bill into law today ruling abortion illegal five weeks into a pregnancy, which is before most women know they're pregnant, reports NBC. The bill is the latest in a wave of "heartbeat bills" — legislation that prohibits abortion after the first detectable heartbeat — cropping up and passing in state legislatures. The law does not make exceptions for rape or incest. DeWine took office this year, and broke from his Republican predecessor Jon Kasich who, despite being anti-choice, found the bill too extreme and vetoed it twice while he was Governor.

Ohio is the fifth state to pass such a law in recent years, following Mississippi, Kentucky, Iowa, and North Dakota. Georgia is predicted to fall into line with the new disturbing red-state standard, where Republican Governor Brian kemp is set to sign a heartbeat bill into law by May.

"Heartbeat bills" are a sneaky way of making abortion functionally illegal, because they leave women such a small window of time to learn they're pregnant and obtain the procedure. Under the bills, by the time women miss a period, they can be prosecuted for getting an abortion. Even if women find out they're pregnant within six weeks, there are currently only seven abortion clinics in Ohio, limiting access for most women. As such, the bills are being fought in each state by reproductive rights groups. The Ohio ACLU has promised to constitutionally challenge Ohio's new bill on behalf of Pre-Term Cleveland and three other Ohio abortion clinics.

Kellie Copeland, director of NARAL Pro-Choice Ohio, stated, according to NBC, that the bill places Ohio in "a dystopian nightmare where people are forced to continue pregnancies regardless of the harm that may come to them or their family."

This nightmare is a reality in the five heartbeat bill states, as well as those states where abortion clinics are nearly impossible to access (like Missouri where there is a single abortion clinic for over three million women). However, anti-choice groups and representatives like Janet Porter, architect of Ohio's new law and president of group Faith2Action, have been extremely clear that these state bills are just stops along the path towards overturning women's right to control their bodies at the level of the Supreme Court.