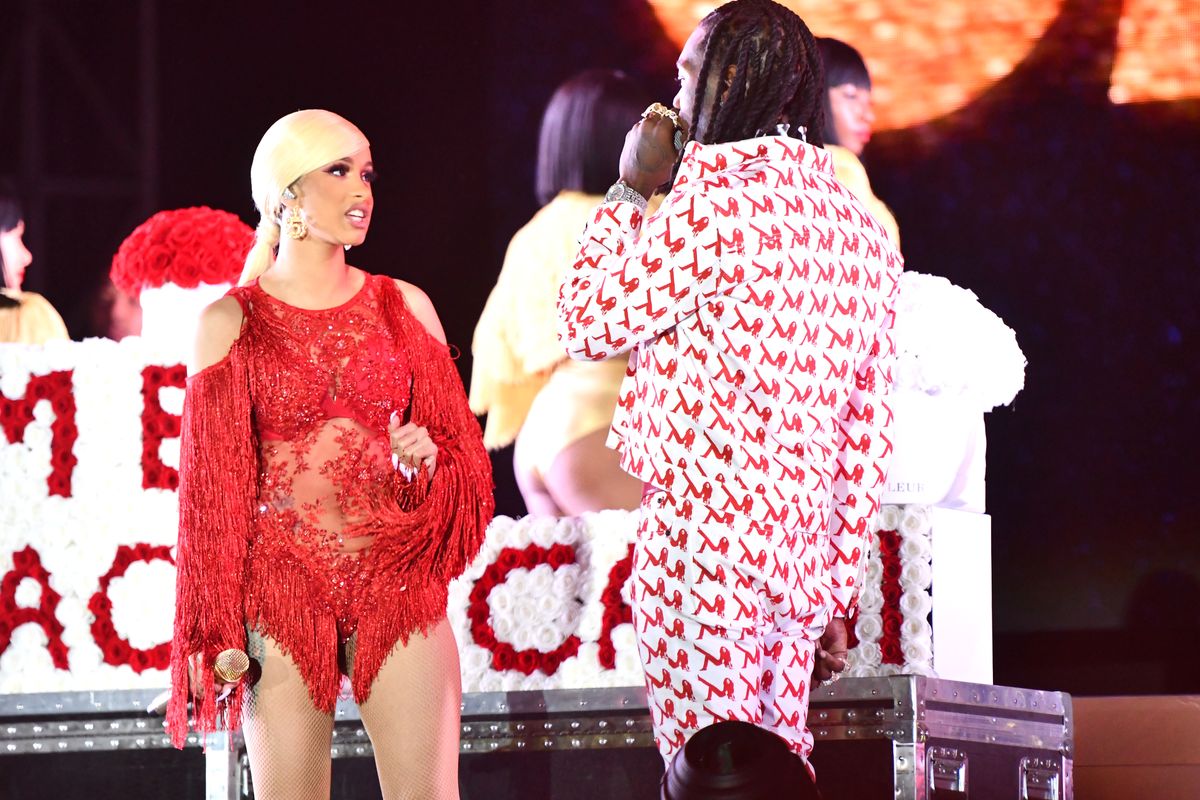 Offset has now taken to a sweeping public gesture to try and win Cardi B back. On Saturday night, in the middle of Cardi's headlining set at the Rolling Loud Concert in L.A. at the Banc of California Stadium Grounds, the Migos rapper made his move.

A few songs in, suddenly a sign made of red and white roses got rolled out onto the stage, and it clearly read, "TAKE ME BACK CARDI." Offset himself then appeared, with a mic in hand, and said, "I just want to tell you I'm sorry, babe." It was clear that Cardi was having none of it.

In the video, obtained by TMZ, you could clearly see her saying "Stop," and moving away from her husband. Even as he said "I love you" over and over, the rapper refused to forgive him on the spot.

Afterwards, however, she took to Instagram to post a two-part video to her fans addressing the events of that night. In the video, she thanked fans for support, but also told them to to go easy on Offset. "I just want things to die down so we could see eye-to-eye," she said in the first video. "I can't predict the future, but the whole coming at my baby father bullshit — that doesn't make me feel any better. And I just want to say thank you everybody. Please respect my wishes. I love you all so much."

I appreciate all the love! But what I need most right now from my fans is support and respect.

In the second video, she defended herself against bashers who are trolling her because of defending Offset. She clarified, "I'm not saying I'm getting back together with him, I just don't like that bashing online thing. Just earlier, you just saw how Pete Davidson was talking about he don't want to be on this earth because mad people be coming at him every single day."

She continued, "I wouldn't want my baby father to have that feeling because of millions of people be bashing him every day, That's a nasty feeling." Watch the full video below.