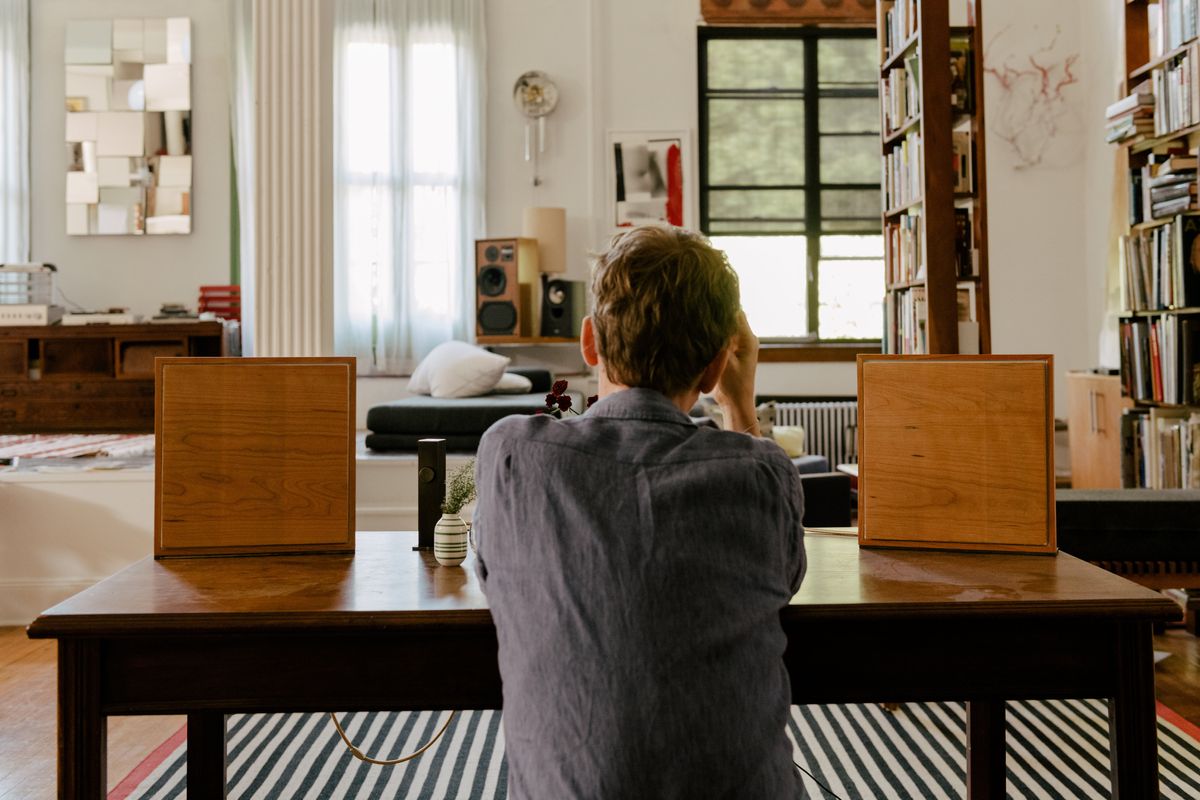 These Speakers Come With Their Own Curated Musical Lineup

It's no secret that the pandemic has hit the music industry hard. With streaming services paying out fractions of a penny per stream, up until recently the most reliable and substantial source of income for musicians came from doing live shows. But all it took were a few lockdown orders for that to go up in smoke. Even the most liberal of estimates only expect live music to return after we're well into 2021 at the earliest, which means artists have had to find creative work arounds just to keep afloat.

Related | Is This Suit the Future of Rave Gear?

The increasing gentrification of livestream spaces by larger artists and labels — in addition to general fatigue with the format — has made the need to find other ways of supporting smaller artists all the more urgent. And while there isn't a perfect one-size-fits-all solution, new startup Oda is hoping to help by bundling their new speakers with its own curated lineup of performances from artists like Arca, Madlib, Beverly Glenn-Copeland, the Microphones, Beatrice Dillon, Zsela, DJ Python and more.

Aimed at providing a sustainable economy for performing artists, the minimalist wood panel speakers — along with a seasonal membership — will be the only way for listeners to tune in to Oda's intimate live broadcasts. The company also adds that none of the performances will be archived through the service either, meaning, like a live show, if you miss it you can't go back and stream it later.

In between performances, Oda will also broadcast live feeds of ambience from places as far flung as a bird sanctuary in Costa Rica or New York's Tompkins Square Park. And in case you were wondering: yes, you can just use it as a run of the mill bluetooth speaker, too.

Backed by Reddit's Alexis Ohanian, the Oda speaker system was initially founded in 2016 by Nick Dangerfield as a way for the Microphones and Mount Eerie artist, Phil Elverum, to broadcast performances to fans from his home after he had to cancel a tour that year.

"Oda was born as a solution to allow musicians to perform live from their home and studio, and envisioned as an additional revenue stream, and new creative challenge," Dangerfield says. "The intention was never to replace touring or live music, but quite the contrary: the dream was always to bring more live music into our lives. We promise to bring you a varied, world class program of live music performance throughout the week."

The Oda speakers are currently available to pre-order for $299 ($399 after the first 1,000 units are sold) along with memberships for the first two seasons ($79) on sale, as well.