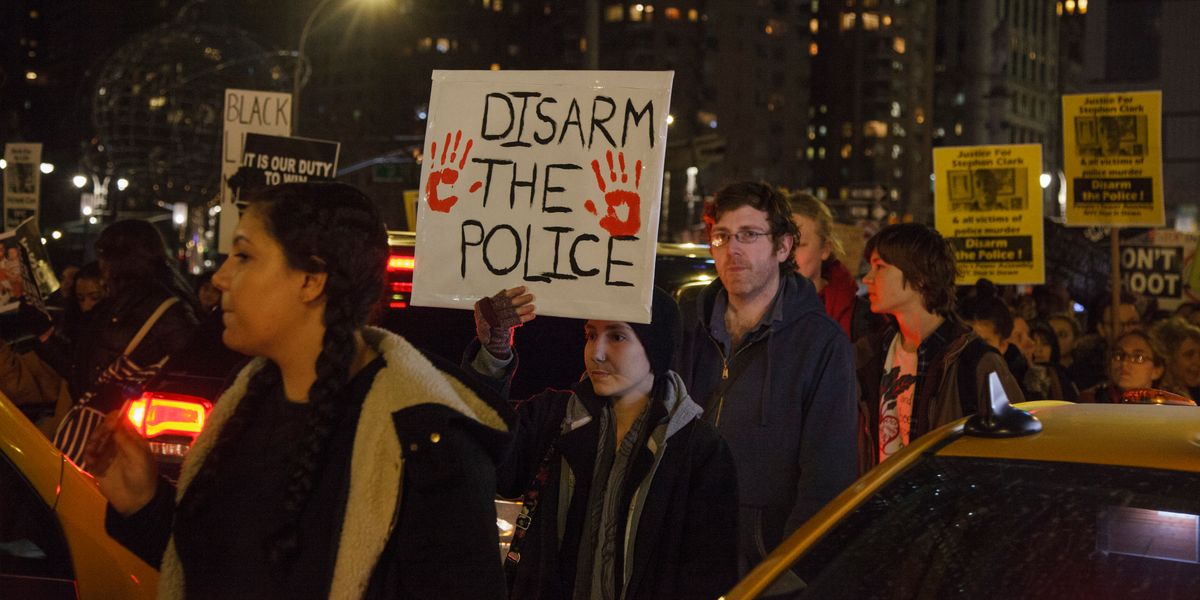 The New York Police Department shot and killed an unarmed 34-year-old black man named Saheed Vassell yesterday in Crown Heights. The police were responding to three 911 calls about a man with a silver gun. They report that they thought Vassell was holding a gun, when, in fact, he was holding a metal pipe with a knob on it. Four officers, three in street clothes and one in uniform, fired 10 shots at Vassell, who was known to be mentally ill. He died at Kings County Medical Center.

Vassell was the father of a 15-year-old boy, who said that his father, "cared for everybody. If you saw him, he'd always be in a laughing mood. You would never catch him down," Jezebel reports.

The New York Times also reports that interviewed neighbors said that Vassell was well known by his community and by the police, and that the NYPD should have known better than to shoot him, as he was a familiar face. Andre Wilson told the Daily News, "The officers from the neighborhood, they know him. He has no issue with violence. Everybody just knows he's just mentally challenged. This shouldn't have happened at all."

There are mixed reports on what happened in the moments leading up to the shooting. Some people say that the police spoke briefly with Vassell, while others say that they fired without saying anything. A crowd of around 200 people gathered at the scene of the shooting, which occurred at 5 pm yesterday, Time reports, many of them lamenting that the police killed a mentally ill black man. Numerous Black Lives Matter activists arrived as well.

Vassell's father also said that his son never acted violently and would, "just walk around the neighborhood and help people."

The shooting comes just weeks after another unarmed black man, Stephon Clark, was shot and killed by the police in Sacramento, California, an event that led to widespread protests and criticism of racist police brutality.