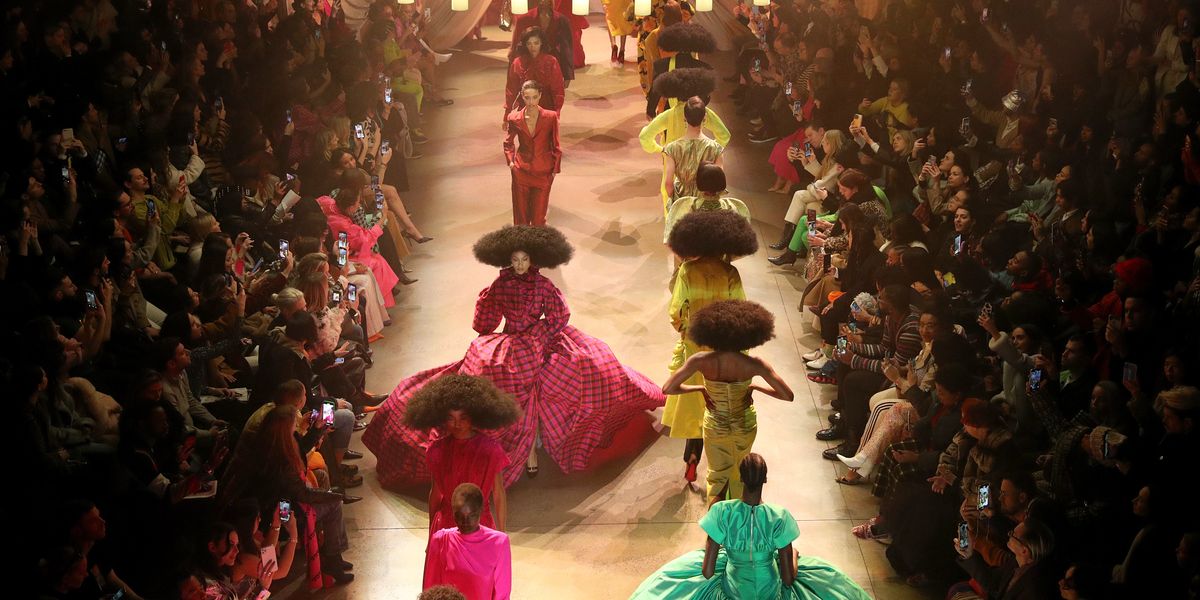 Here's Who's Not Showing at NYFW This Season

The Council of Fashion Designers of America released the official schedule for New York Fashion Week, which will take place September 13-16. While there are some familiar names on the calendar, some of New York's most well-known designers have decided to not to return for a variety of factors.

The lighter schedule is no doubt due in part to the effects of the pandemic. While live fashion shows are expected to take place in Europe next month, the US has been lagging behind when it comes to keeping the virus under control. Because of this, the CFDA introduced Runway360, a digital platform that will allow brands to show their collections in a variety of formats.

Those who are on the schedule include Jason Wu, who's kicking off NYFW with an intimate live show on a rooftop and Tom Ford, whose show will be the final act of the week. In between, some returning designers include Carolina Herrera, PH5, Collina Strada, Dennis Basso, Jonathan Simkhai, Laquan Smith, Claudia Li and Eckhaus Latta.

Some new names on the schedule include Weiderhoeft, Theophilio and Imitation of Christ. Harlem's Fashion Row, which honors Black creatives in the fashion industry, will return in a virtual format. New York Men's Day, a one-day event showcasing menswear designers like Timo Weiland and David Hart, will also return.

"We are excited to see 15 new American brands on the schedule — many for the first time — who might not have had the opportunity to share their collections to a global audience without access to RUNWAY360," CFDA CEO Steven Kolb said in a statement. "In the face of unprecedented challenges and uncertainty within our industry, the American fashion community has once again come together to support each other and prove its resilience."