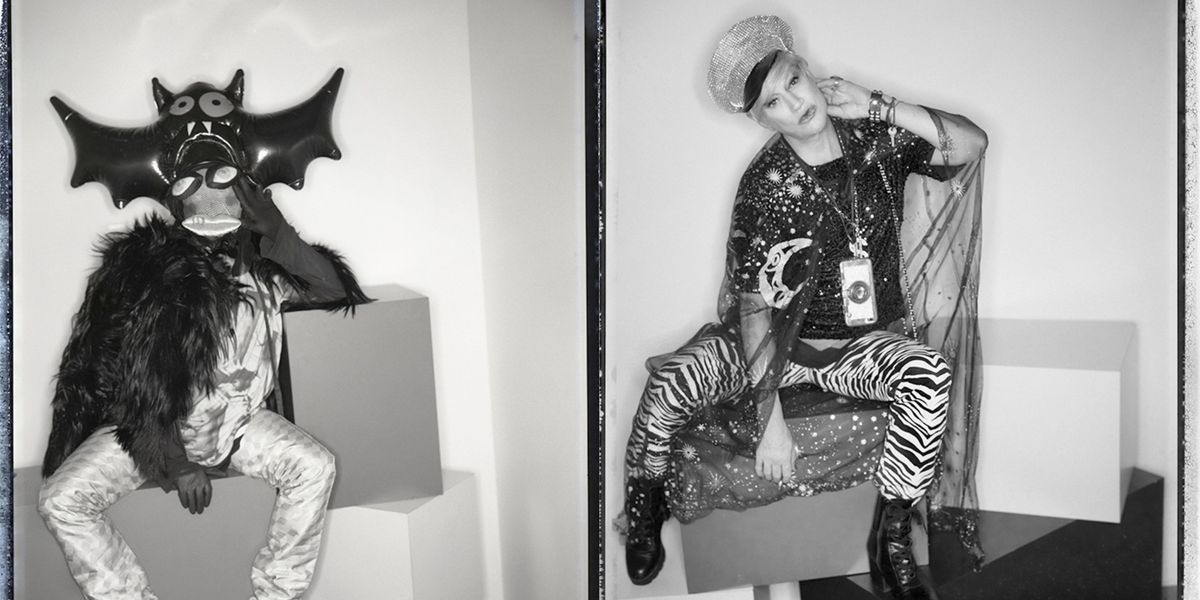 On a particularly cold Saturday night in downtown Manhattan, some of the biggest names from the original New York club scene gathered at Opening Ceremony's flagship store to celebrate one of the season's most anticipated books.

Walt Cassidy, AKA Waltpaper, was the man of the hour as he held court for the launch of New York: Club Kids, his tome that documents the underground world of '90s nightlife and street culture.

Related | We Loved Pigging Out With Opening Ceremony

The evening included a panel with Waltpaper alongside other nightlife luminaries such as Desi Santiago (Desi Monster), Jenny Dembrow (Jennytalia), and Jojo Americo that was moderated by top stylist Mel Ottenberg. The designer/artist/author was also on hand to sign copies of his book for guests in advance of its November 26 release.

Other famous names in tow included Patricia Field, Desmond Is Amazing, and Jose Xtravaganza, who sipped on "UFO-and-galaxy-inspired" SVEDKA vodka cocktails that were an homage to the Club Kids-era vibe.

In addition to the book, the launch also celebrated a new capsule collection of tees and sweatshirts featuring designs by artist Gregory Homs, who's known for his work centered around the late '80s and '90s mega clubs. The collection also showcases imagery of iconic club venues like The World, Limelight and Club USA, using archival photographs by Tina Paul and Michael Fazakerley.

SKID, consisting of Harvey Ferdschneider and Bill Carney, was one of the main photographers during the Club Kids-era in New York. (They also contributed many photos to Waltpaper's book.) The duo were also on hand to shoot live portraits of guests in various analog film formats.

Click, below, to see the exclusive SKID-lensed polaroids from the evening's festivities.