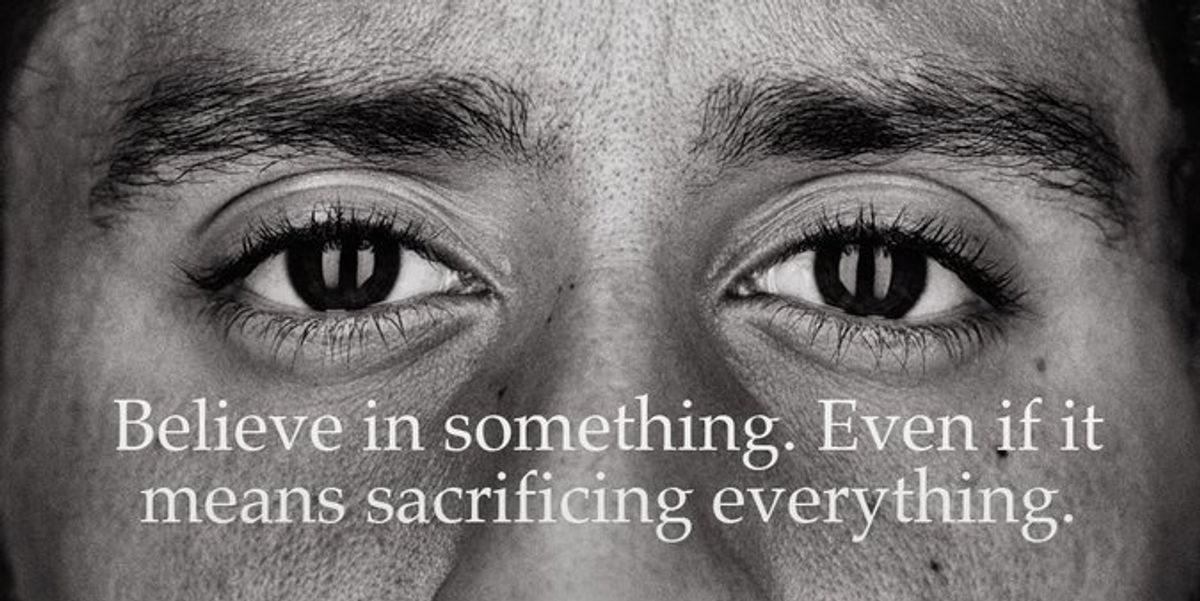 Nike's Kaepernick Ads Are Paying Off

Earlier this month Nike debuted a powerful new "Just Do It" campaign starring former San Francisco 49ers quarterback Colin Kaepernick, the first player to kneel during the NFL national anthem to protest racial injustice. Conservatives angrily burned their shoes and other expensive Nike products in protest, and stocks for the company temporarily plummeted. But now we know for sure that the sportswear brand's risk paid off: its market value is now $6 billion—an all-time high.

As CBS reports, Nike stocks surged 36 percent on the year. Since the Kaepernick campaign announcement they've increased five percent, and many products are selling out in record time. Nike has sold 61 percent more merchandise since Kaepernick tweeted out the new ad and set the internet ablaze, according to Thomson Reuters.

Kaepernick's own "I'm with Kap" NFL jerseys––which were still available despite the fact he's no longer signed to a team––have also sold out. 20 percent of the proceeds from their sales benefit his youth-empowering Know Your Rights campaign.

It remains to be seen whether Nike will donate any of its extra sales money from "Just Do It" to Black Lives Matter or other civil rights focused organizations, which might seem logical given a major figurehead from the movement is boosting profits.

Related | A Louisiana Mayor Is Trying To Ban Nike Products

We can't quite give Kaepernick all the credit for Nike's total market dominance, though. Other athletic powerhouses appearing in the 30th anniversary "Just Do It" campaign include Serena Williams, LeBron James, Odell Beckham Jr., Shaquem Griffin, and Lacey Baker.