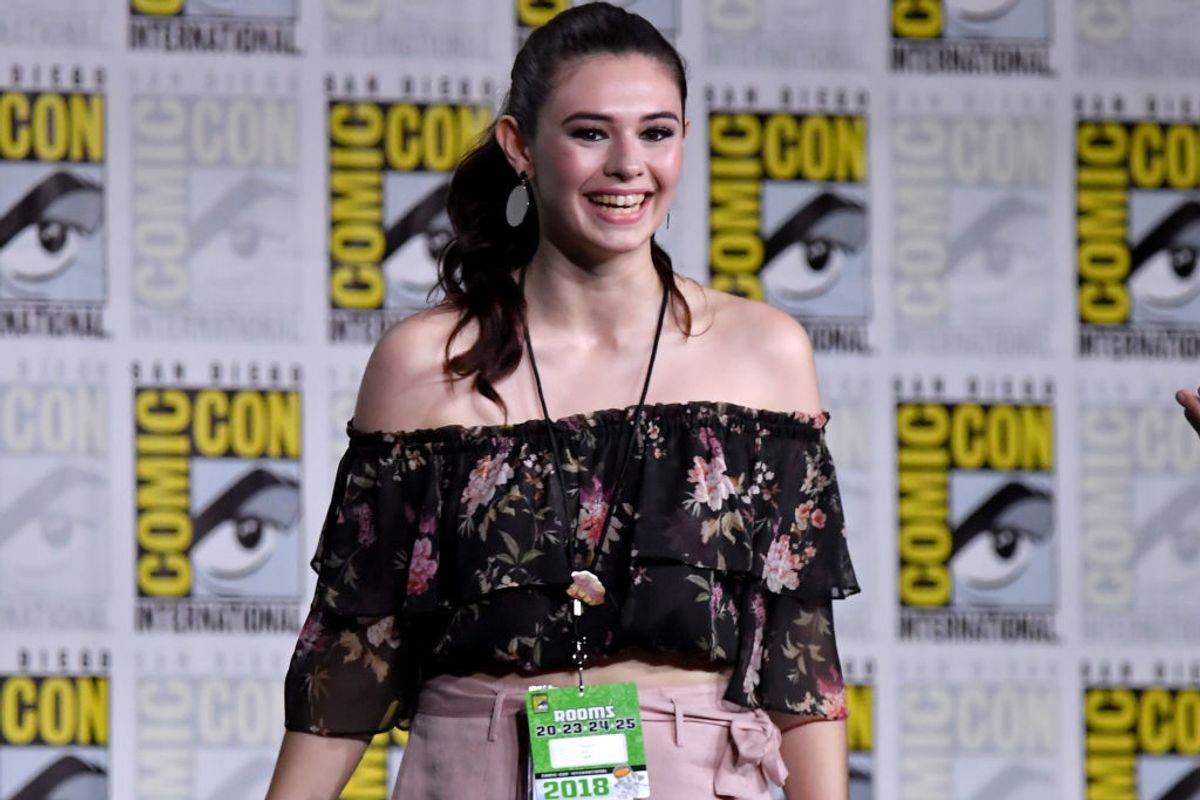 On Saturday at San Diego Comic-Con, news came that trans actress and LGBTQ+ rights activist Nicole Maines would be cast in the CW's fourth season of Supergirl as Nia Nal, a.k.a. superhero Dreamer.

Nia Nal — who seems to be a modern take on Nura Nal/ Dream Girl — is described as "the newest addition to the CatCo reporting team. A soulful young transgender woman with a fierce drive to protect others, Nia's journey this season means fulfilling her destiny as the superhero Dreamer (much like Kara came into her own as Supergirl)."

In an interview with Variety, Maines says that she wants fans to understand that trans people can be whoever and do whatever they want. "We can be superheroes because in many ways we are," she says. But more importantly, the 21-year-old ( who also appeared on documentary The Trans List) says that she wants to emphasize that Nia is "a trans character whose storyline doesn't revolve around her being trans." The actress says that while many trans storylines focus on the character's trans-ness, she wants to show that trans people have lives beyond their gender identity.

"Trans characters don't have to be the trans character. They can be so much more," she says. "Nia is so much more than 'the trans superhero'. She is a reporter. She is hopeful. She is good. She is powerful. She is wise. She's caring. She's such a good friend. And I want Nia to be so many things before she's trans." Watch the full interview below.