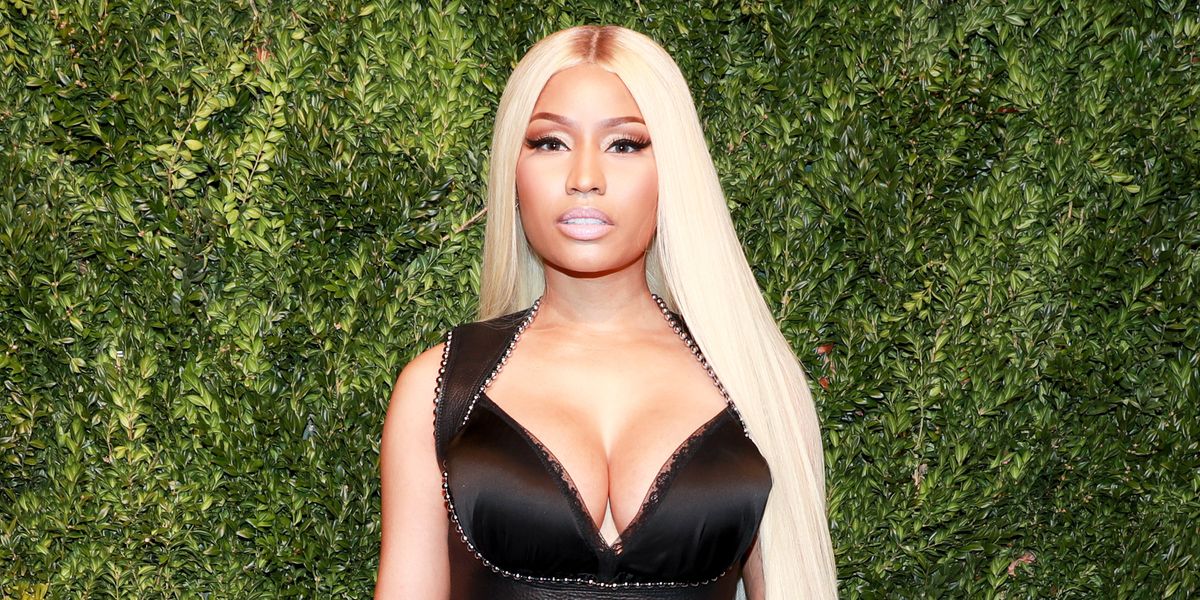 Last week, Nicki Minaj promoted her appearance as a guest on Saturday Night Live, in the process disclosing that she's working with the episode's host, Tina Fey, on a movie called Get Ya Life, Ugly.

Word's still out on the date for the movie release, but there were some great moments from the SNL episode. Minaj performed "Chun Li," and "Poke It Out," with Playboi Carti.

She also starred in a cut-for-time skit alongside Tina Fey, Aidy Bryant, and Kate McKinnon in which they play a HAIM-like girl band who lifts up their friends by viciously tearing down anyone who dares to hurt them. The group first criticizes a woman who pretends not to know who one of their friends is, joking that she lies about her age and has hair too thin for the beach waves she attempted in an Instagram post.

Then, they go after a friend's ex, describing him as a "true freak who's obsessed" with her and a "small man with an empty heart," while also making sure to mention that they'll forget all their qualms with him should the two get back together. Finally, they are joined by Nicki, who steals the show with lines like, "Is she ugly, lame, or musty? Choose two."

HAIM all-caps tweeted their appreciation of the clip, which pays homage to their chugging guitars, folky mid-song "Heys!" and middle parts, saying, "Can't believe this is real."