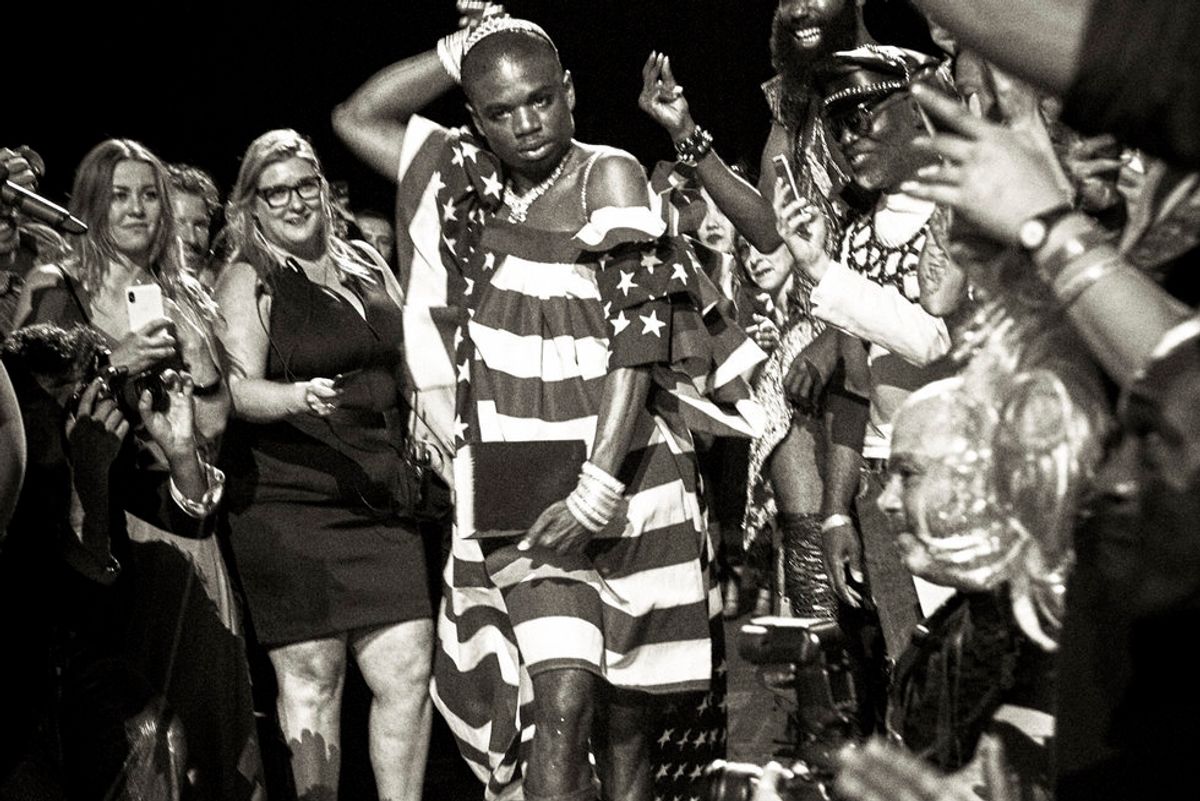 Guests of the interactive experience were encouraged to "dress to express."

Starting last week, renowned interdisciplinary artist Nick Cave launched his latest immersive experience, "The Let Go." So far, it has transformed NYC's Park Avenue Armory into a vibrant, interactive town hall, encompassing performance, installation, dance-based encounters including voguing, games of Twister and Soul Train lines, and music by a handful of New York's best DJs. Coming up on the turntable lineup are the likes of JD Samson (June 17), Noise Cans (June 23), and Sabine Blaizin (June 24), to name a few. That, along with a number of events running in conjunction with "The Let Go" project, are on and popping until July 1.

Sound like a party? Just wait: last night, Cave threw the Freedom Ball and encouraged audiences to "dress to express." The event, a who's who of nightlife stars, was hosted by Matthew Placek, APPARATUS, House of Yes, Ladyfag, Saada of Everyday People, Opening Ceremony, the organizers of Brooklyn's PAPI JUICE collective and party, and the masterminds of VISIONAIRE. Music was by the legendary Marshall Jefferson and the event took place in the Armory's Drill Hall. Party-goers walked off in a ball-style competition, serving their looks. The categories were State of the World, Unlike Anything Else, and Dare-flair. The best-dressed won $20,000 in prizes. Have an exclusive look below at Freedom Ball's most iconic moments, for your nerves.