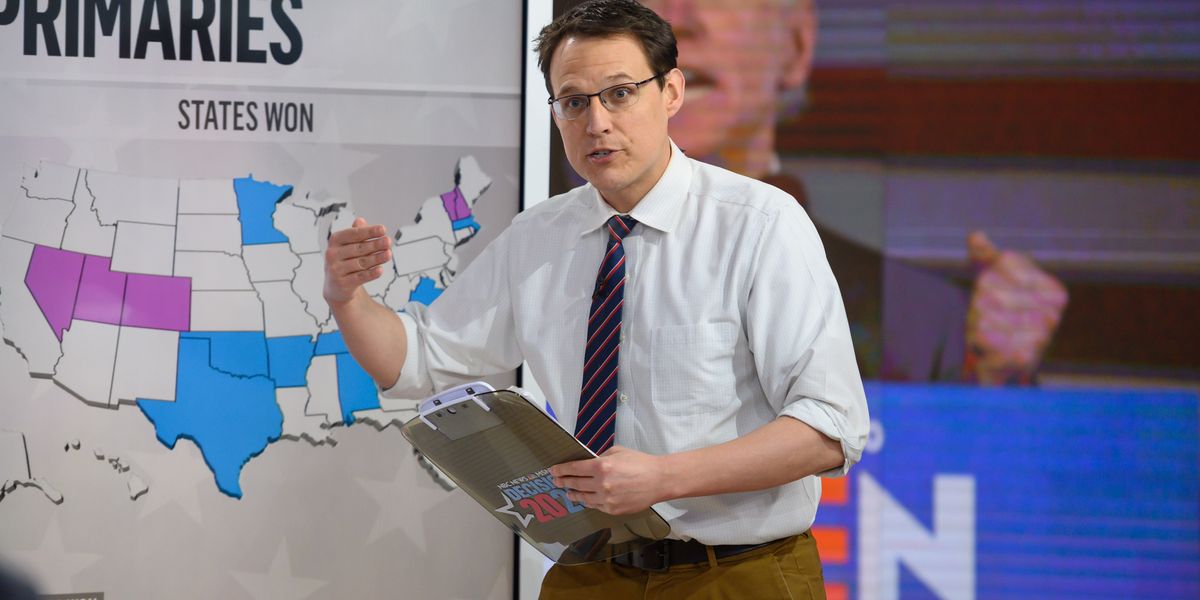 America Is Thirsting Over Election News Anchors and Analysts

For the past three days, all of us have been glued to the news as we anxiously awaits the results of the 2020 presidential election. However, all that TV time has also apparently had an unexpected side effect: A collective crush on our nation's newscasters and election analysts. And yes, there are fan cams.

There’s a warped period during every political crisis when people suddenly get super-thirsty for newscasters and this is that time.

That's right, in between all of the updates, vote counts, and number breakdowns, Americans have officially succumbed to their thirst for the anchors, pollsters, and correspondents covering the election. And though large portion of the internet appears to be especially fond of CNN's team — namely Abby D. Phillip, Jake Tapper, and Anderson Cooper — regardless of whatever network you're watching, there's someone for everyone.

ive been watching CNN for too long, Anderson Coopers voice is starting to sound sexy

That said, there is one particular person on another channel that's captured Twitter's attention — and that's MSNBC's data expert, Steve Kornacki.

As of Friday night, "KorSNACKi the map daddy" — with his khakis and enthusiastic delivery — has drummed up a substantial online following, as evidenced by a number of infatuated tweets. Not only that, but some folks have even gone so far as to give him the sort of treatment usually reserved for pop stars, and that means fan cams galore.

However, given the fact that he's a little preoccupied at the moment, Kornacki has yet to respond to the thirst tweets. In the meantime though, you can see what else people are saying about their on-air "husband," below.

when will my husband, steve kornacki, return from war

I have watched enough 24-hour news coverage to have developed a mild crush on Steve Kornacki, send help.

MY SEXUAL ORIENTATION IS KORNACKI WITH A CALCULATOR

Steve Kornacki has cleared my skin, solved my commitment issues, cured my depression and swept away my childhood trauma.