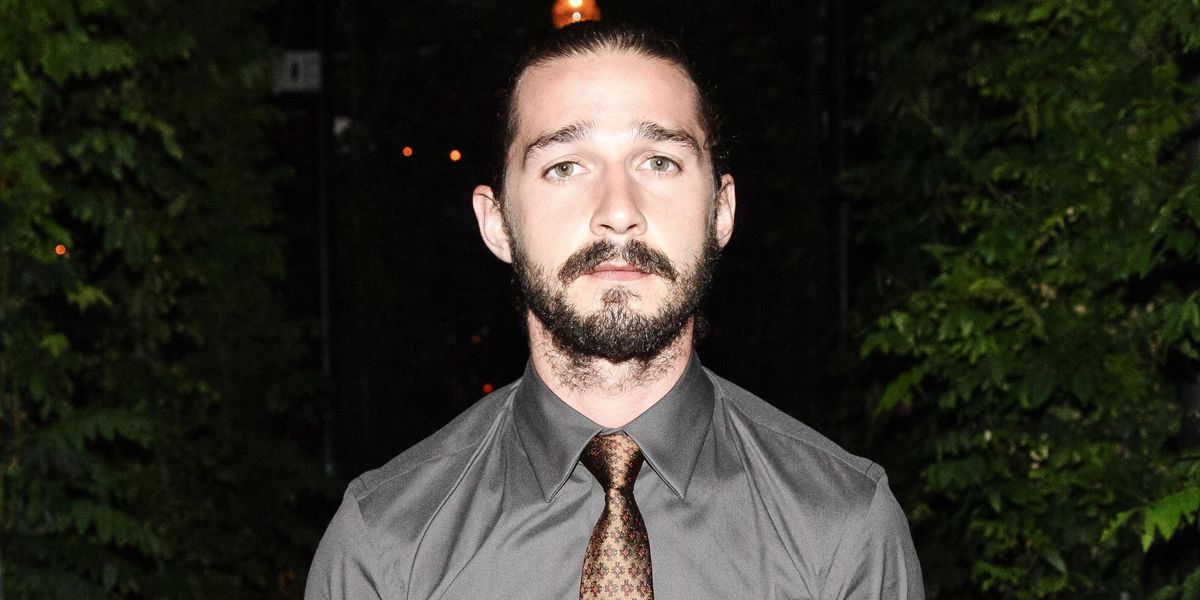 There are so many reasons to love Shia LaBeouf. He gave us the beautifully disturbed Disturbia (no, not the Rihanna song), he once showed up on a red carpet wearing a paper bag over his head that read "I AM NOT FAMOUS ANYMORE" after having tweeted the same phrase everyday for the preceding three weeks (in the name of performance art), and he loves Sia just as much as the rest of us do. (Plus, he has that gloriously unkempt beard that somehow manages to get more appealing the messier it gets).

But even with all of these things, Shia LaBeouf's biggest crowd-pleaser might be his grand response to the ongoing Trump presidency. A collaboration with Jaden Smith, HE WILL NOT DIVIDE US was originally slated to be a four-year-long anti-Trump livestream (the duration of the Orange Man's time in office) that would run from outside the New York Museum of the Moving Image. After the New York Museum shut down the livestream, LaBeouf relocated the project to New Mexico in late February.

One of the big headlines from HWNDU came in the beginning (less than a week into the livestream) when the Transformers star was arrested for assaulting a white supremacist who, after asking LaBeouf for a selfie, told the actor that "Hitler did nothing wrong." Naturally, LaBeouf, who is Jewish, reacted: allegedly, he pulled off the guy's scarf, accidentally scratching his face in the process. Though he wasn't jailed, LaBeouf was given a desk appearance ticket and given an early April court date.

Today, however, it seems that our beloved Shia has been let off the hook a week before he even was required to appear in front of a judge. According to sources from TMZ, all "charges for assault and harassment have been dismissed because there isn't enough evidence to prove a crime took place during Shia's confrontation with another protester in January."

Here's what I take away from Shia's proven innocence: Fight Nazis. You'll be forgiven in the long run.