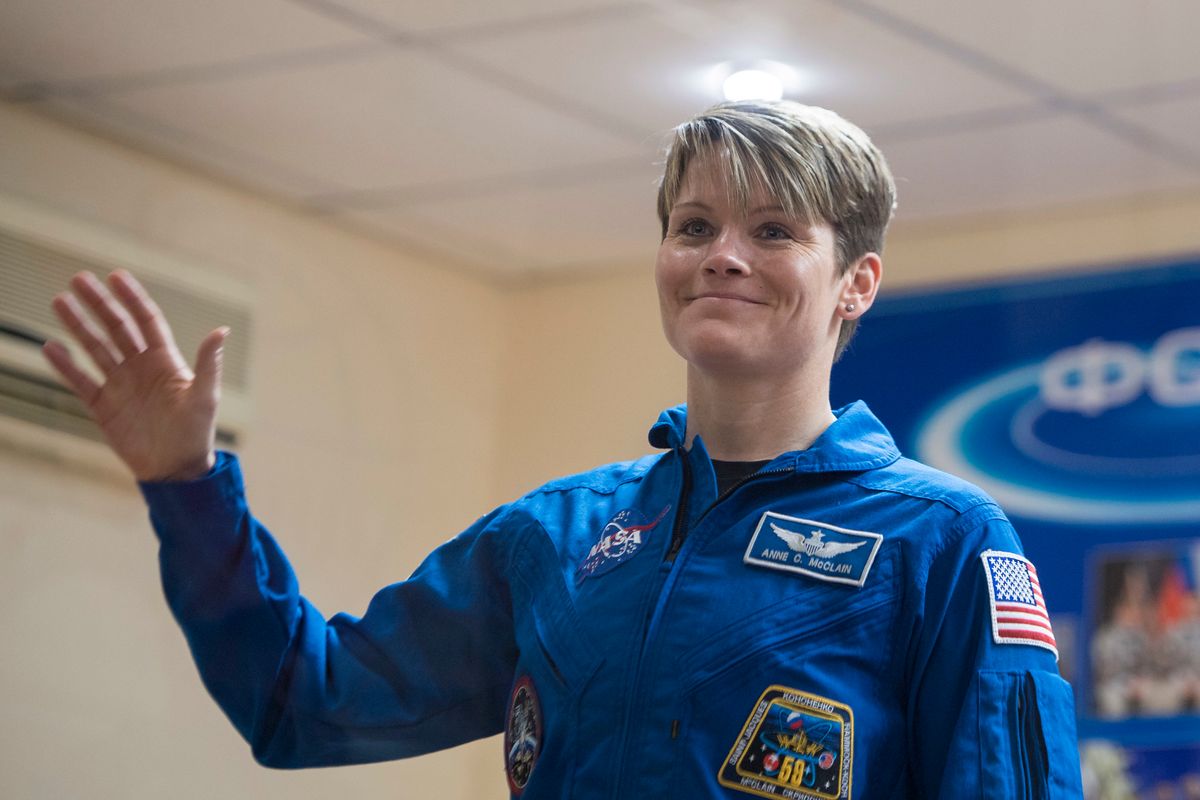 NASA recently announced a historic event: two women astronauts would embark on the first ever all-female spacewalk at the International Space Station. Astronauts Anne McClain and Christina Koch, who were selected from the NASA class with the second-highest number of applicants ever, were set to replace a set of lithium-ion batteries on a solar panel outside the station on Friday, according to NBC. They'd be directed on the ground by flight directors Mary Lawrence and Kristen Facciol. The all-female mission was an exciting, long-overdue announcement, given the slow shrinking of NASA's gaping gender gap, and the sexist barriers women have historically faced in space and STEM in general.

Now, in a punishingly ironic hiccup, NASA has had to walk back its historic announcement. They're replacing McClain, a former Army major who flew combat helicopters in Iraq, with a male astronaut because they don't have enough space-suits in the right size on the space station to safely outfit both women. Koch will complete the spacewalk alongside Nick Hague.

"Mission managers decided to adjust the assignments, due in part to spacesuit availability on the station. McClain learned during her first spacewalk that a medium-size hard upper torso – essentially the shirt of the spacesuit – fits her best. Because only one medium-size torso can be made ready by Friday, March 29, Koch will wear it," says NASA's press release.

The organization explained that the sizing needs of astronauts often fluctuate once they're in orbit. McClain trained in both a large and a medium. However, folks online are calling the roll-back a result of institutional sexism. NASA's explanation seems to beg the question: if a medium is one of the sizes women are likely to need and it's well-known that sizing fluctuates, why isn't there an adequate array of sizes on board?

The wardrobe issue is particularly perplexing given that women have been working as astronauts in NASA's program since Sally Ride flew to space in 1983. McClain herself was the 13th woman to spacewalk, and Koch will soon become the 14th. Obviously that number is small considering NASA has completed hundreds of spacewalks since the International Space Station's launch, but it seems like enough to have worked out simple kinks like the size of a suit.

NASA spokeswoman Stephanie Schierholz clarified to NBC that there are two medium-sized hard upper torso components of the spacesuit on the station, but one of them is a spare that would need additional repairs.

Of course, keeping astronauts safe is crucial, and adjusting the assignment appears to have been the right call. However, it seems like a little foresight could've avoided one of the women being forced to drop out of her mission. Although NASA's getting closer to gender parity (in 2016, NASA selected its first gender-balanced class of astronauts), if McClain and Koch's spacewalk weren't quite so historic, the organization wouldn't be finding out female astronaut's sizing needs by trial and error in 2019.