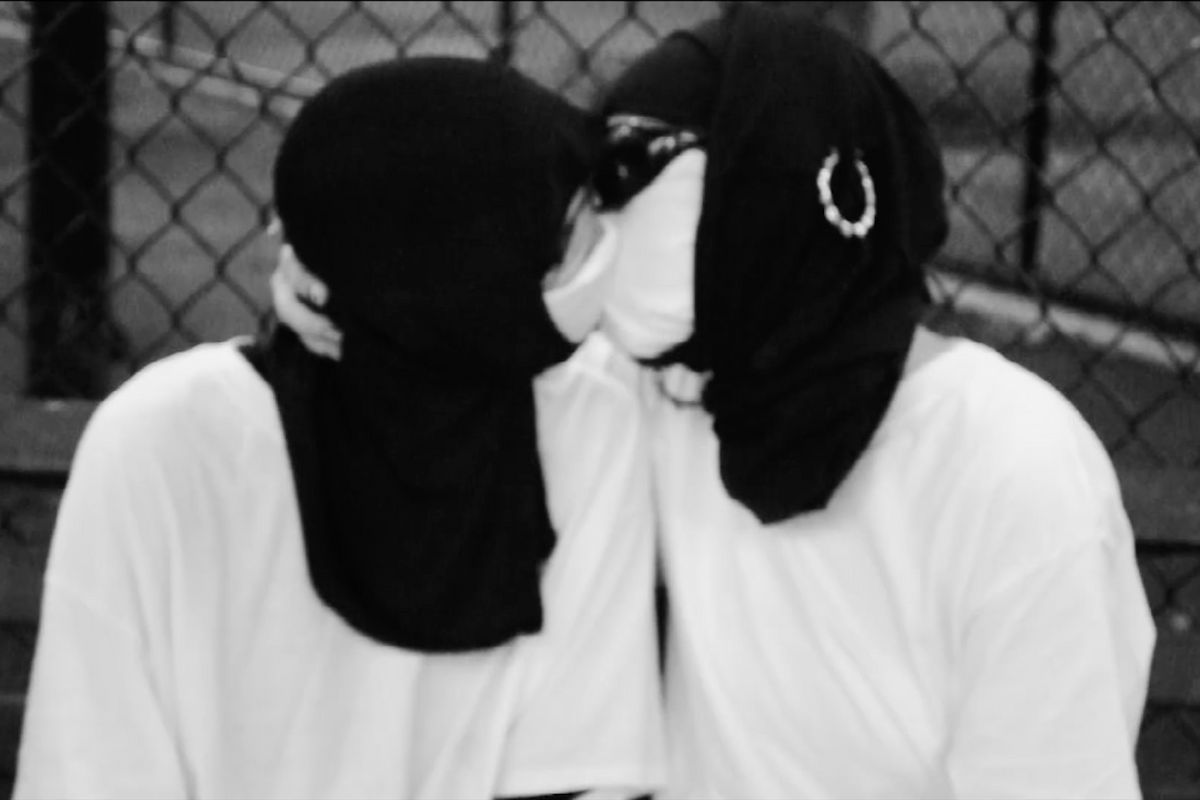 New York-based DJ, producer, and performance artist NAR fuses Middle Eastern sounds with slick electronic beats. Last year, he released his debut EP, Jujeh, and he is now putting out a collection of club remixes. Ahead of the release, NAR is premiering his self-directed and edited music video for the second single off the EP, "Masjid," which means mosque in Arabic.

The black-and-white video shows people wearing long kaftans and head wraps while skateboarding and kissing. It pairs crisp DSLR footage with raw, grainy iPhone shots, and pays homage to New York City's iconic LES Coleman Skatepark, which was started by skateboarders and eventually given support by the city.

NAR says of the video, "Masjid is an Arabic word for mosque. I chose to shoot at LES skatepark because personally, it had become my place of worship. From the arch-like structure of the park built under the Manhattan bridge, to the phenomenal skaters who are very captivating to spectate. Once I moved to NYC, I spent nearly everyday skating there for hours, which felt very liberating, like a call to prayer. I felt this park channeled a lot of that raw, chaotic energy that you feel when listening to Masjid.

NAR adds that he wanted his video to reflect the grungy DIY-aesthetic of skateboarding videos, which are usually filmed by hand on iPhones. He says, "I had my DP film with a SLR camera getting still shots, while I was on my skateboard trying to keep up with the skaters very fast-paced style, to capture those lo-fi, naturally grainy shots with my iPhone. Also, adding to the 'DIY aesthetic', my partner made the outfits entirely from dollar store materials.

Cutting two white t-shirts and sewing them together to create a masculine kaftan-like dress with head wraps and face masks, which also happen to be very difficult to skate in. Overall, creating a very foreign look out of domestic materials.
When it came to editing I choose to preserve the exhilarating feeling of the raw footage by cutting it as natural as possible with very little effects. With the help of a friend, I believe we did a great job of producing an exciting, powerful and entrancing video out appropriately, or not, on Ramadan."

Watch the PAPER premiere of NAR's "Masjid" video, below.