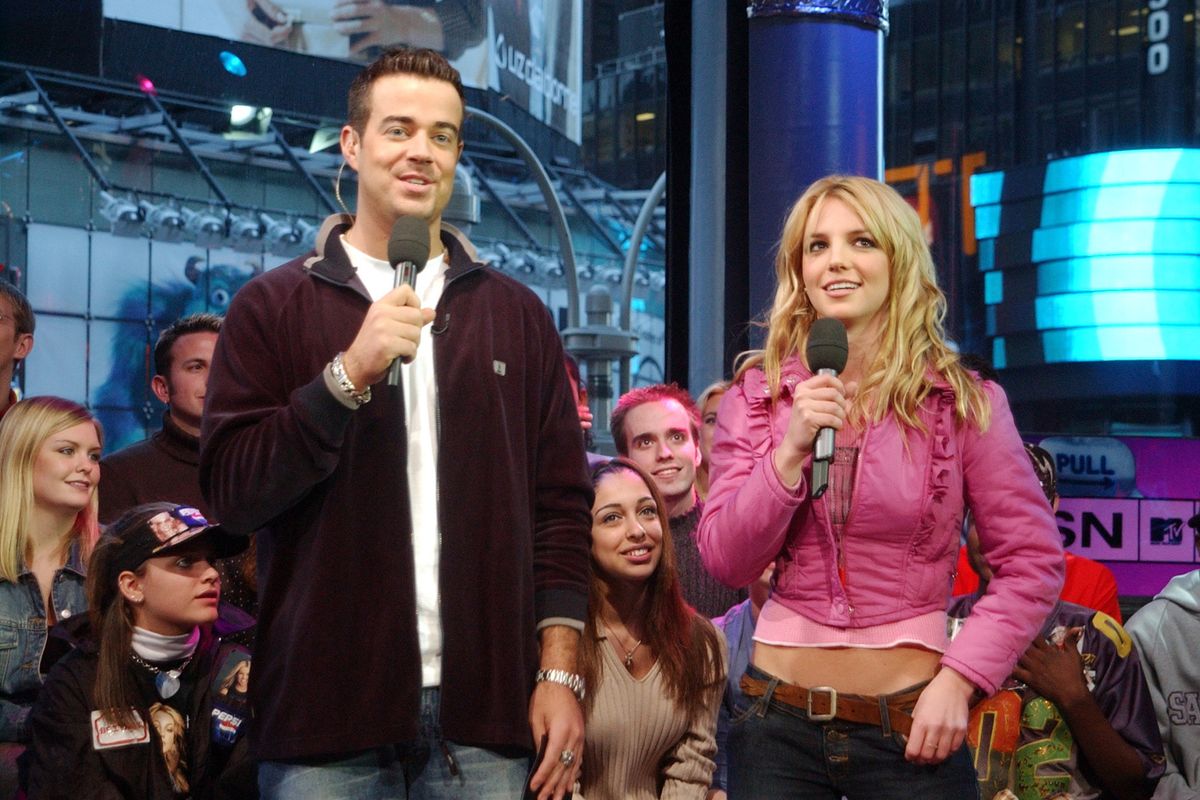 Save for a few tourists, most people in New York will quickly cite Times Square as the city's most deplorable place. Though the bright lights, string of chain restaurants, and plethora of popular destinations like Madame Tussand's Wax Museum would seem to add up to make the midtown landmark a "hot spot," most people can't get over the overcrowding. It's loud, it's busy, it's dirty, and people are always getting in your face. I mean, can I just walk to McDonald's without being confronted by a man in a Big Bird suit trying to charge me for taking a picture I didn't even ask for?

Well, believe it or not, Times Square wasn't always like that. At one time, Times Square was, dare I say, cool. In the late '90s and going into the early '00s, the landmark was home to Total Request Live. For those youths among us: TRL's Carson-Daly-led music video countdown aired from 1998 to 2008, and during that decade, the building MTV had erected for the show became just as much of a cultural landmark as the area in which it was stationed.

Unfortunately, since MTV shuttered TRL close to a decade ago, Times Square has fallen to the pits. But according to a report in the New York Times, the channel known for bringing "Music [to] Television" is planning to bring Total Request Live back to the air. Based on a conversation with the channel's newish president, Chris McCarthy, MTV has big plans for the proposed revamp and is excited to air its first episode in October. And a new building intended for use by the show is currently under construction in the heart of Times Square.

According to McCarthy, this new iteration of Total Request Live will air every day for an hour, with plans to extend its runtime for up to three hours a day as the show's reach and popularity expands. Carson Daly, the show's original host (who now serves as a host on The Voice), will not be returning to his post; instead, he will be replaced by five "relatively unknown" co-hosts.

Anyway, who wants to meet me at the Times Square Olive Garden?