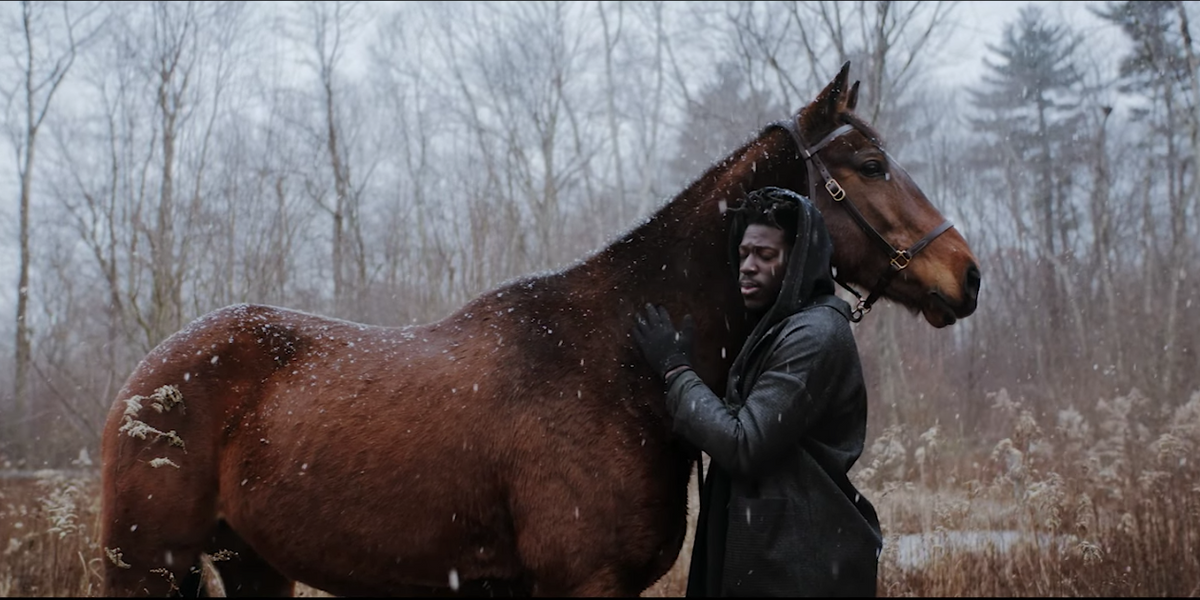 Moses Sumney's debut album, 2017's Aromanticism was both dreamy and dark, marked by his winding falsetto and dense literary allusions. Today, his music video for "Quarrel," a song off that album, comes to YouTube after initially premiering on Apple Music.

The gorgeous, surreal video was directed by Sumney and Allie Avital, and marks Sumney's directorial debut. It begins in a snowy pasture and shows Sumney training and establish a close bond with a horse and later reckoning with its tragic death. In the final scene, it appears the Sumney himself may have partially morphed into a horse.

Related | Christina Aguilera Is Collaborating With...

Sumney recently posted that he was hanging out with PAPER favorite Christina Aguilera, prompting speculation that he might be working on her upcoming album. Nothing has been confirmed, but considering her powerhouse vocals and his gossamer falsetto and visual acumen, we know the collaboration would be truly major.