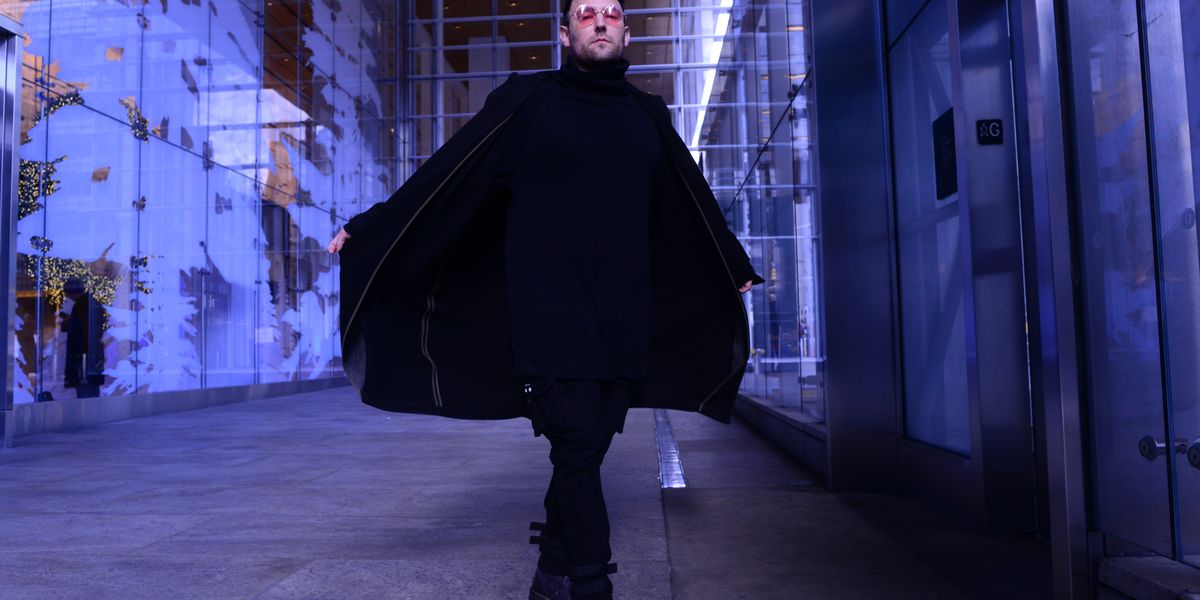 morgxn 'clears through the blue' on New EP

There's something so personal about hearing alterna-pop newcomer morgxn's voice over an instrument as bare as a piano, and on his new EP, vital : blue (s t r i p p e d), fans are treated to a one-on-one session with his powerhouse vocals. Fresh off touring with his 2018 debut album, vital, morgxn returned to the recording studio to create an EP of paired-down versions of some of the album's standouts — plus a new song with WALK THE MOON frontman, Nicholas Petricca.

The tracks on vital : blue (s t r i p p e d), however, are more than simple reimaginations of songs in morgxn's discography. When speaking with PAPER about the new EP, morgxn says, "I just felt like there was more to discover in the songs and the only way to do that was to try," although the project may have never happened had he not set out to create a strings and keys-based version of "carry the weight." Production on the stripped down version of this song snowballed when HBO chose an early mix of the song to use in their "Share The Love" Pride campaign.

"I leaned into the adventure and somewhere along the way, i wrote the song 'blue,'" morgxn says of the project's beginnings. From there, he recruited previous collaborator, Nicholas Petricca, to deliver a heartfelt verse for the new, echoing track. "It felt important to me to sing it with another man because that is true for me," morgxn adds. The resulting song is a metaphorical exploration of love and loss under a blue-tinted lens, quite different from his previous work with WALK THE MOON. The two acts found a hit in the single, "home," in 2018.

While "home" was a drum-thumping, tambourine-laden anthem, morgxn's new EP is somehow similarly impactful. Despite sripping the pieces of their kicks and basslines, morgxn's voice on the tracks doesn't feel out of place. "Someone once said to me, 'If you want to be heard, you have to be loud,'" he tells PAPER of the concepts backing vital : blue (s t r i p p e d). "I looked them in the eyes and, without missing a beat, said, 'No you don't.' I watched them not know how to respond and in that moment, I found my voice." That's not to say that the instruments used in the new arrangements aren't front and center as well. The Orchid Quartet, who morgxn calls "professional, emotional, and wizards of their craft," recorded the strings for the tracks.

As a whole, vital : blue (s t r i p p e d) is a more cerebral incarnation of morgxn's debut album — each deliberate key and pluck frame structure his words into poems rather than radio-ready lyrics. On this EP, he proves that he's got more chops than the average alterna-pop newcomer and has more stories to tell, too.