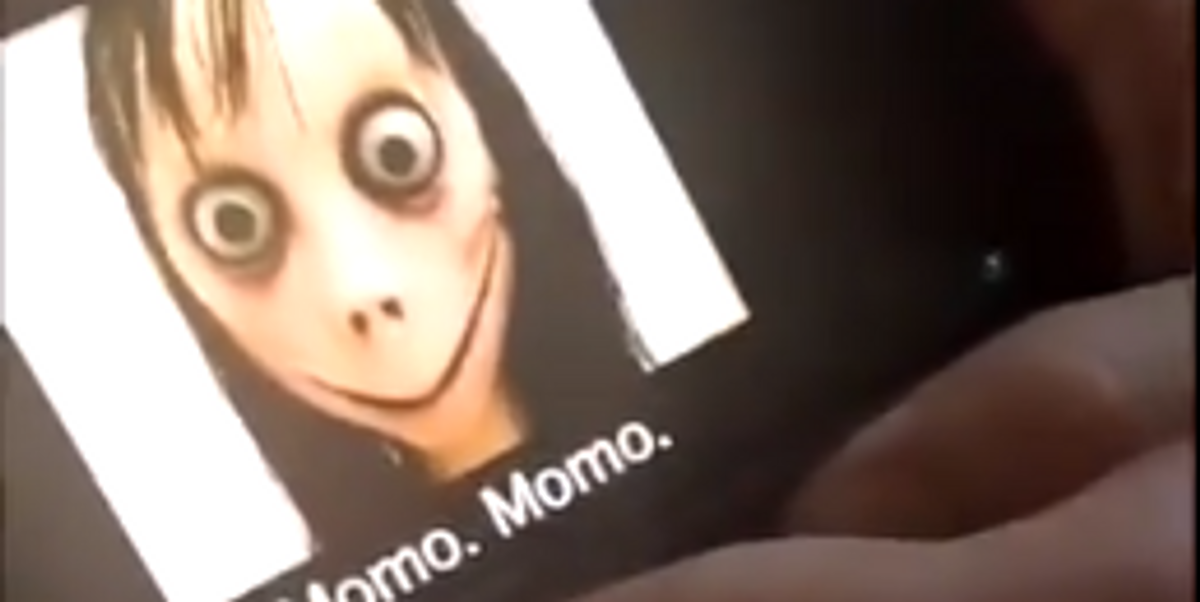 The Momo Challenge Is Fake, Okay?

So many of the world's problems would be solved if more concerned parents knew about the very important and useful website Know Your Meme. Case in point: thousands of middle aged people are currently losing their minds over the viral "Momo challenge" hoax, which first spread across the internet in 2016 and is now recirculating.

The super creepy woman known as Momo originates on Instagram. With bulging eyes and long strands of black hair that look straight out of a horror movie, she was created by Japanese special effects artist Keisuke Aiso in 2016 and went viral on Reddit shortly after. She's unrelated to the beloved J-pop singer of the same name. Over the past two years, Momo has become associated with a "suicide challenge" which supposedly encourages young children to kill themselves, or else disappear for 72-hour periods in order to scare their parents.

According to numerous newspaper articles and YouTuber trolls, images of Momo accompanied by explicit suicide instructions are spliced into benign-seeming YouTube clips about Peppa Pig or Fortnight. Momo challenges are also said to spread on WhatsApp.

But Momo, in the grand tradition of tide pod and blue whale challenges, is mostly a hoax. The story was first picked up in the media about a year ago, after Twitter trolls started posting about it with faux concern. As rumors spread, some high schools and police officers even started issuing formal warnings to parents that Momo was trying to brainwash their children. Real teen suicides in Colombia, Brazil, and Argentina were linked to Momo by local broadcasters, but all those reports remain unconfirmed by authorities. YouTube has denied that the Momo challenge is real, citing no incidences of a suicide challenge on its platform.

Now, because memes never truly die, outlets like the BBC have picked up the story once more. It makes for click-worthy headline, but it isn't true.

So sleep easy tonight! Momo and her admittedly terrifying sunken eyes mean you no harm.