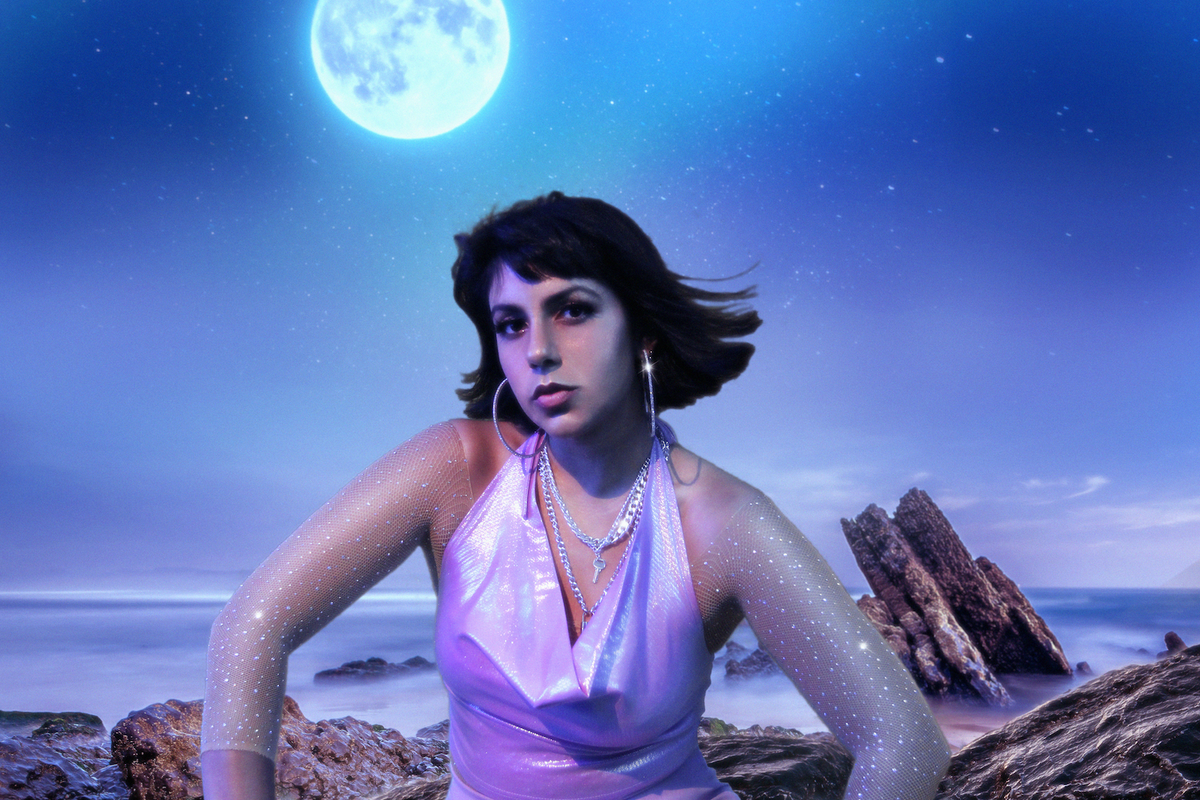 We'd Rather Live in moistbreezy's World

With 2020 proving to be an absolute dumpster of a year, we're all left wishing we could travel back to simpler times and what better way to escape than music? NYC-based musical artist moistbreezy's early aughts-inspired EP, Breezy, which was released last month, is just the antidote we need.

The EP is a lush sonic experience, and borrows some elements from pop greats like Kylie Minogue and Aqua, though creating a world of its own through ethereal visuals inspired by James Cameron's Avatar, and dreamy lyrics. What's more, Breezy encapsulates moistbreezy's singular vision, as every aspect of the project was entirely produced by the artist herself.

Below, moistbreezy talks PAPER through her inspirations and creation process for the mixtape, and how lockdown — against all odds — has actually been a gift to her creativity.

Your music has a 90s dance music quality to it. Would you say you look to the past for inspiration?

Yes, for this project I looked to the past for most of my inspiration! I had influences spanning from the '80s, '90s and early '00s, but found the spirit of pop and Eurodance from the late '90s the most inspiring. There was a sense of optimism that came through the media of that era that I wanted to tap into.

What are some other more contemporary inspirations?

Rustie was definitely a big influence on my production. I was also listening to a lot of Charli XCX, Carly Rae Jepsen, Christine and the Queens and Harry Styles around the time I was working on the songs that made it to the final version of Breezy.

"There was a sense of optimism that came through the media of that era that I wanted to tap into. "

I have to ask — some people have very strong opinions about the word moist, so did that have any influence on your name choice?

It's true they do. I didn't come up with the name myself. It started out as a joke with my friend Joseph Algranti, with whom I've collaborated before, when we were in college. He was always trying to get me to do vocals for him, and I'd troll him with joke raps. We decided I had to have the worst name ever, which originally was "Moist Princess." I posted one of these joke raps on Soundcloud, and some random person commented, "haha trolling hard keep it real moist breezy." And I thought that was an even better name, "moistbreezy." I used it as my handle for Instagram and Twitter for a while before I started to make music, and when I started to upload music to Soundcloud the name stuck. I've honestly thought a lot about starting new projects under a different name, but it's hard to come up with something as bold and memorable as "moistbreezy."

What was the songwriting process for this project like?

I typically work on the production and writing at the same time. I'll start laying down some chords or a beat, and then start singing melody ideas along to it and figure out a basic structure. When it comes to writing lyrics, I'm more driven by how words sound and work musically over just their meaning. So I'll start feeling out a melody and think a certain syllable sound should happen, like oh this line should end in an "ooo" sound. And then I'll start filling in the words from there and building the story of the song. I'm also always jotting down ideas for songs in my notes app, so I'll build a beat and scroll through and start singing the words I've written there to see what clicks. That's how I wrote "If I Never See You Again" and "You Were Never Mine to Lose."

"I've honestly thought a lot about starting new projects under a different name, but it's hard to come up with something as bold and memorable as 'moistbreezy.'"

It feels like this project takes place in a very specific world you created, as demonstrated by the ethereal visuals, lyrics and dreamy vibe of the mixtape. Did you set out for this very cohesive piece of work?

Yes, I'm generally a big fan of world-building in music and art. Listening to my favorite music, I usually feel like I'm mentally taken to a specific place, so I've always had that as a goal for my own music. For this project, my overall thesis guiding me through the writing process was that I wanted to create a sonic oasis. I wanted it to sound and feel like a vacation, blissful and uplifting in tone. I also included sounds of ocean waves, tropical birds chirping to help establish this island paradise setting for the project. I was hoping to build a very specific space for this music to exist, so that no matter what was happening in my life, the world, or with music trends, that I could come back to this project and it'd be its own little island.

It seems you've taken this quarantine in stride, by notably making the music video for "Contact" yourself. Has this time helped your creativity?

It's definitely helped me to stay focused and on task. I'd thought a lot about making a music video by myself even before coronavirus happened. I saw it as a challenge, and quarantine definitely helped push me to go through with it. This time stuck inside has shown me what I should be prioritizing, so at the very least I'm glad to have come out with two of my creative goals accomplished: finishing this mixtape and making a music video!

"I was hoping to build a very specific space for this music to exist, so that no matter what was happening in my life, the world, or with music trends, that I could come back to this project and it'd be its own little island."

"Oasis" takes some inspiration from your Persian heritage. Is it important for you to reference your identity?

I was trying to make a song that was even more directly inspired by Iranian music and Middle Eastern sounds, but I wasn't able to work it out for this project. It's definitely something I want to explore more in the future, if I can find a way to work with that inspiration in a way that feels genuine.

That's a good question! I've been wondering that myself recently. When I started this project, I had no idea by the time I'd finish it all the clubs would close and the live music industry would come to a halt. I wrote half of these songs before coronavirus and the rest during the thick of the lockdown in spring. "Contact" was inspired by my nostalgia for a dance floor. I've always been drawn to dance music because it stirs a very visceral feeling. It can be uplifting, it can be freeing, it can be calming, or it can get me energized to take on the day. I think even without a dance floor to share the experience with other people, dance music can be an inspiring and hopeful force.

Dance music is historically Black and queer, and has been a vessel for marginalized communities to express ideas of liberation and rebellion against the status quo. I've seen that spirit thriving still during quarantine with, for example, the compilations HAUS of ALTR has been releasing, which have been some of my favorite Bandcamp day purchases!

"I think even without a dance floor to share the experience with other people, dance music can be an inspiring and hopeful force."

Now that Breezy is out there, what's next for you?

Well, I am not quite finished with this era. I've been working on getting physicals and merch made, and thinking a lot about making at least one more music video. I have been starting to brainstorm the next project though. I definitely hope to start working on another mixtape or possibly an album soon!