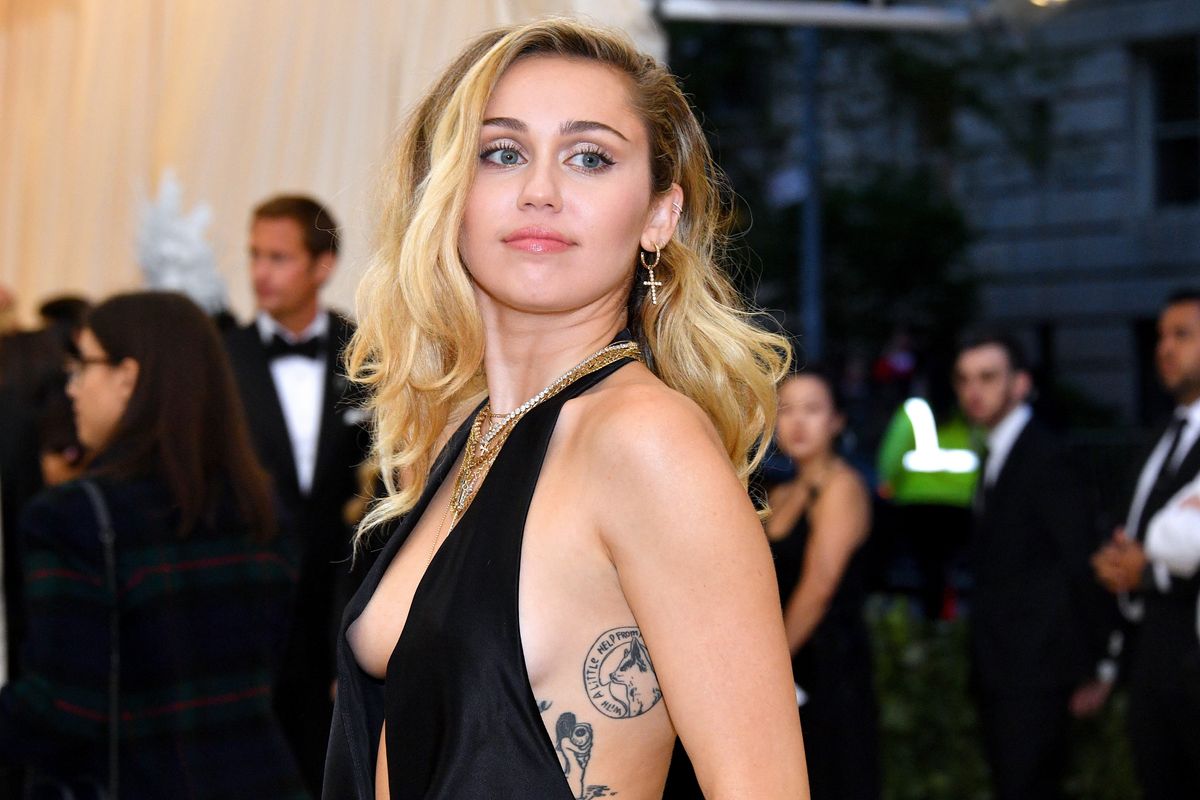 Miley Cyrus dropped the latex-filled visual for her latest SHE IS COMING single, "Mother's Daughter" earlier this month and, naturally, she's been busy promoting the video via her Instagram. That said, her latest post about it has launched a fierce debate in the comments section.

If you watched the video, you'll know that it features a series of messages that flash across the screen — and, lately, Cyrus has been posting screencaps of them to her feed. The latest one? "Virginity is a social construct."

And while Cyrus doesn't provide any contextual captions for the post, the statement appears to mostly have incurred the furor of commenters who interpreted the feminist slogan as a criticism of those who choose to abstain from sex.

"There's nothing wrong with being a virgin," as one commenter wrote. "There's something very wrong with people who think being a virgin is a problem." Others proceeded to tell Cyrus to "respect people's choices" and even went so far as to accuse her of "shaming" virgins.

However, as some of her defenders reiterated, Cyrus was likely addressing the fact that women shouldn't be punished or slut-shamed for "choosing to do what they want with their own body" — a message that we can definitely get on board with.

Cyrus has yet to respond to the criticism.