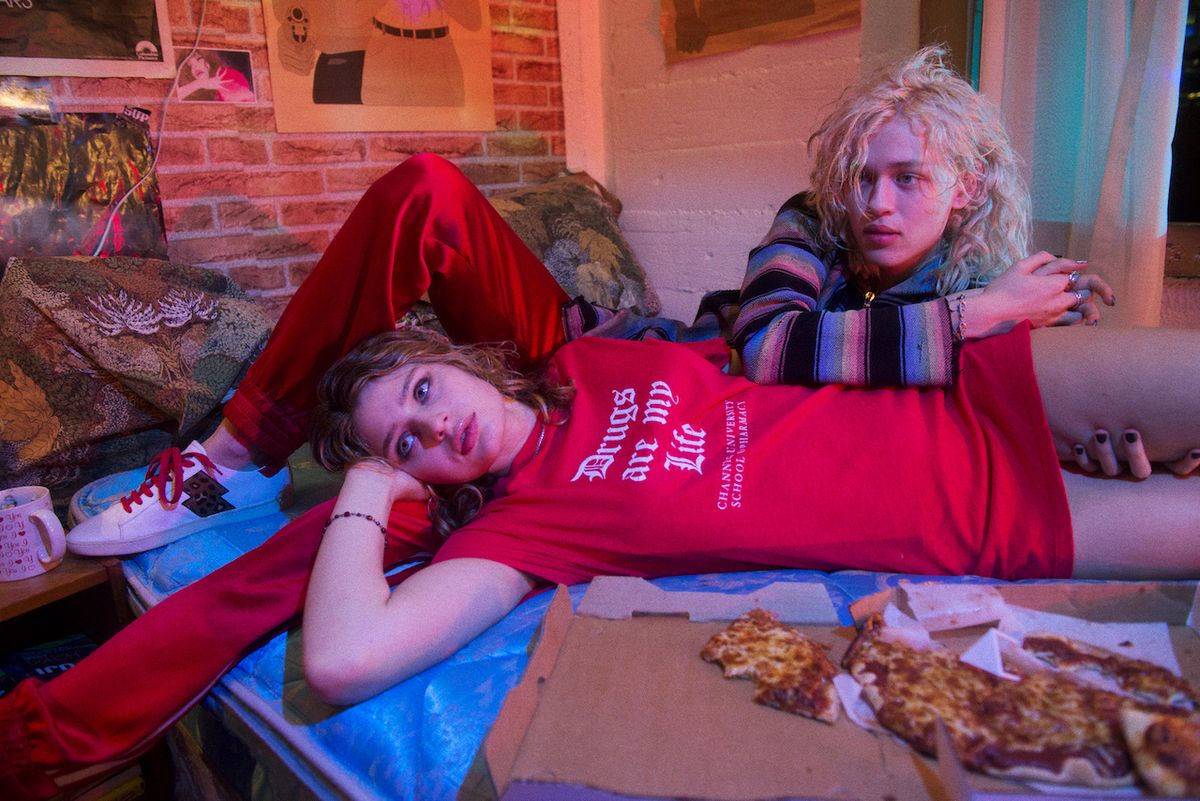 Mike Amiri on His New Collection & Being Inspired by LA

Los Angeles native Mike Amiri launched his eponymous ready-to-wear label in 2013, and since then has consistently created streetwear-inspired pieces with a grunge edge. In keeping with this punk rock attitude, the AMIRI Spring '18 campaign, shot by photographer Sandy Kim, features a real-life couple lounging in AMIRI during a low-key night in. In addition to sharing exclusive video footage and shots of the new campaign with PAPER (seen below), Mike also took time to reflect on AMIRI's L.A. roots, casting interesting models and working with Kim:

Why did you cast this couple? How do you feel they're a reflection of AMIRI's brand DNA?

It began when Dagsen (the male model) came to our LA office for a casting. I found his look and demeanor to be really intriguing. There was this sense of irreverence about him that was incredibly appealing on camera. The S18 collection was inspired heavily by Venice beach, but I wanted the campaign to take these sensibilities in a new direction. I felt Dagsen and his striking look would be integral in making this transition. We learned then that Dagsen's girlfriend, Lilliya, was also a model and that they had already done test shoots together.

As a couple, they capture this excitable air that I feel embodies a sense of nostalgia we feel looking back on young love. Of course, the ultimate desire when you put two models together is to get authentic, translatable chemistry, so in this case it was really special that we were able to capture that intimacy and build a campaign with love as the focal point.

These were shot in downtown LA. What's the significance of this location? How does AMIRI echo the attitude of LA?

Downtown Los Angeles is the home of the AMIRI headquarters, hosting our full production and corporate offices. Where I design and oversee production is next to the locations where we shot the campaign, so the images hold this deep sense of community. The campaign was meant to take these surf elements into more romantic, dreamy environments and Sandy was fully on board to make that a reality.

Having grown up and lived in LA my whole life, I enjoy celebrating different Californian landscapes and downtown LA at night, spanned by empty rooftops and warehouses, captures this striking contrast to our S18 lookbook shot on a morning in Sunken City.

Downtown LA has developed into such a thriving center for art: MOCA, the Broad, LA Philharmonic, so many more. The Arts District has grown as the skyline of LA has grown, and now we have galleries like Hauser and Wirth and Little Big Man (who exhibit Sandy's work) and this vibrancy of new talent in my neighborhood is something very important to highlight.

What attracted you to Sandy Kim's work?

One of the main foundations of the brand is this symbiotic relationship with California, where we take inspiration from the people, music and landscapes and in turn support our fellow artists/musicians/etc. Sandy is such a great young photographer with an already impressive career that spans so many genres. Her studio is not far from our headquarters and she stops by to visit quite frequently, so we are always happy to continue extending this AMIRI family. On set, she is such a confident and caring person with a great energy that compliments the spirit of how I work and the atmosphere I want to surround myself with. Looking through Sandy's photos, what struck me overall was how adept she is at capturing moments in between moments. There is real affection in her own work and that, coupled with Dagsen and Lilliya, made for a great collaboration.