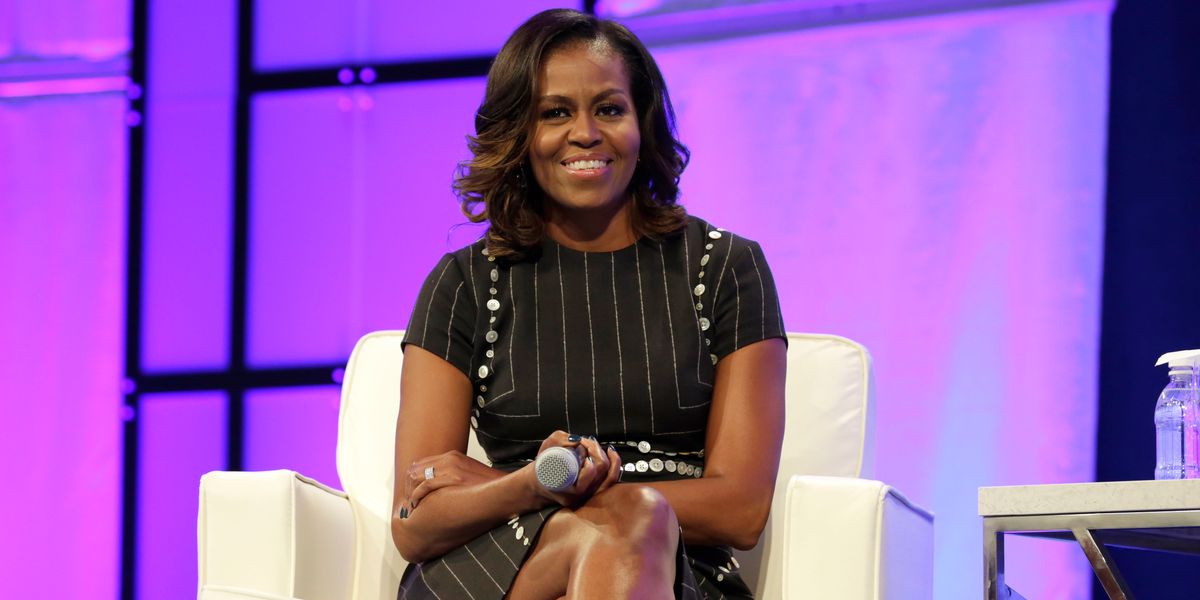 Michelle Obama Says Trump Is Like an Irresponsible Parent

The Obamas are famously diplomatic, managing to sound civil and poised even when talking about Donald Trump. So when they do make a statement, it packs an even bigger punch given their rarity. Recently, during a talk at the Simmons Leadership Conference, Michelle Obama made a rare comment on Trump's leadership skills.

She was in conversation with Simmons president, Helen Drinan, when the topic of her husband's two terms in office came up. She spoke warmly of his presidency, saying, "I think what we see is what happens when we take things for granted. For the eight years Barack was president, it was like having the 'good parent' at home. The responsible parent, the one who told you to eat your carrots and go to bed on time."

She then went on to describe the state of chaos our country is currently in, saying, "And now we have the other parent. We thought it'd feel fun, maybe it feels fun for now because we can eat candy all day and stay up late, and not follow the rules."

Meanwhile, we're eating candy all day and our teeth are rotting and our blood pressure is rising. We certainly could use a "good parent" at home.