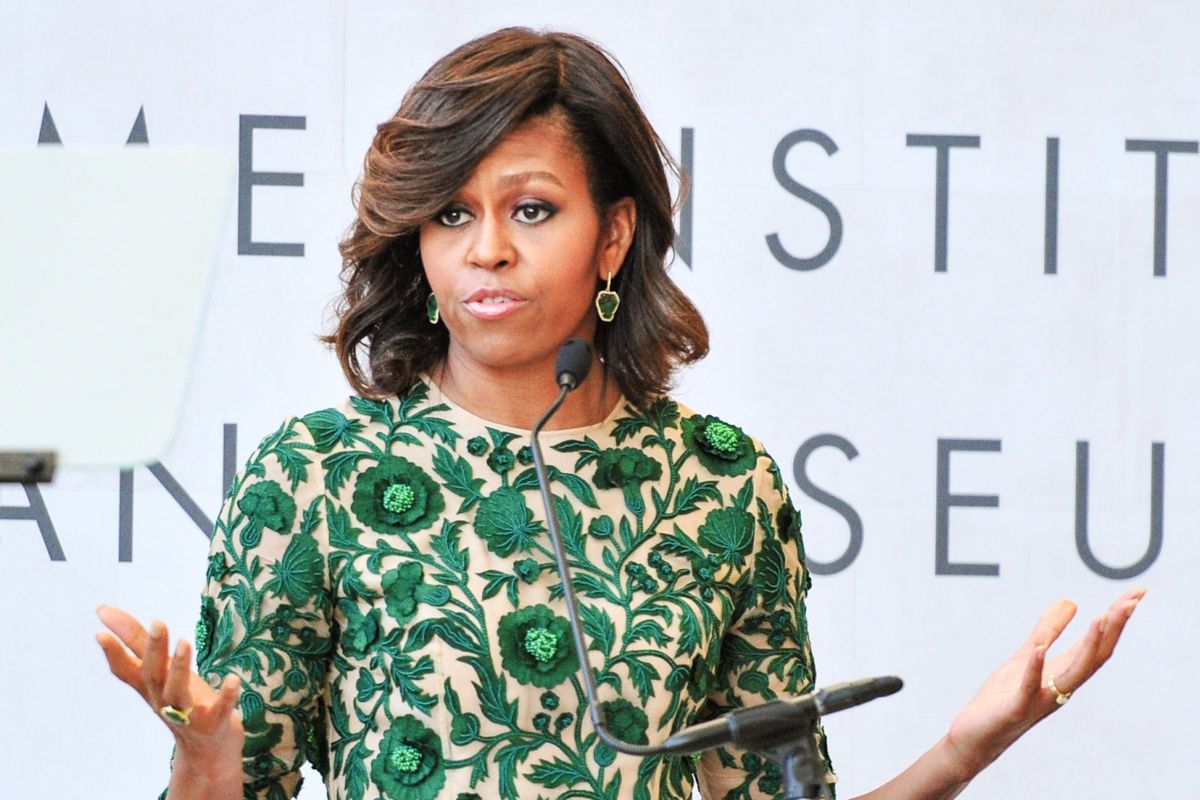 Michelle Obama hopefully put the nail in "Lean In" feminism's inevitable coffin on Sunday during a stop in Brooklyn on her book tour for her memoir Becoming.

According to The Cut, she told the audience at Barclays Center:

"That whole 'so you can have it all'... That's a lie. And it's not always enough to lean in, because that shit doesn't work all the time."

After which the crowd erupted in laughter at hearing the ever-composed Obama curse, which she immediately apologized for: "I forgot where I was for a moment!"

Obama was referring to, of course, the contents of the infamous 2013 book Lean In: Women, Work, and the Will to Lead, by Facebook executive Sheryl Sandberg (who it was recently revealed oversaw Facebook's campaign to discredit critics and obscure Russia-linked activity during the 2016 election).

The former First Lady echoes long-standing critics of Lean In from feminists and scholars like bell hooks, who upon its release rejected the privileged standpoint of Sandberg's argument, the idea that women should success within the confines of the status quo, and the implicit blame Sandberg casts on women unable to successfully persevere in white male capitalist America.

hooks wrote in a 2013 essay: "Sandberg's definition of feminism begins and ends with the notion that it's all about gender equality within the existing social system...."

She continues: "She makes it seem that privileged white men will eagerly choose to extend the benefits of corporate capitalism to white women who have the courage to 'lean in.' It almost seems as if Sandberg sees women's lack of perseverance as more the problem than systemic inequality. Sandberg effectively uses her race and class power and privilege to promote a narrow definition of feminism that obscures and undermines visionary feminist concerns."

Although Lean In was heralded as a 21st century feminist manifesto upon its release, it's since been discredited well beyond academic circles, as "intersectionality" and "white privilege" have become household terms. Sandberg herself admitted recently that her ideas were largely irrelevant to women not highly privileged, and that the logic behind "lean in" was flawed.

So, although knocking Lean In isn't particularly radical at this point, Obama's comments represent an uncharacteristically firm and partial stance on the issue, given her girl power icon status in pop culture.