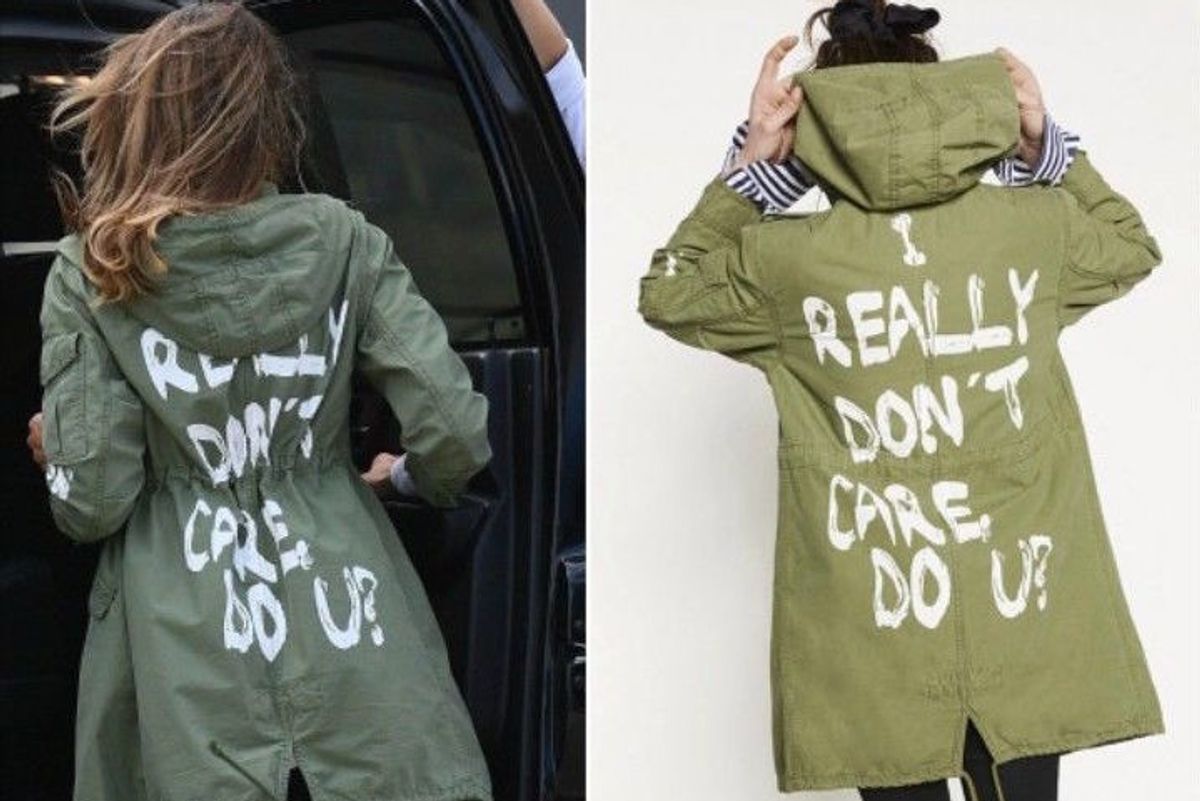 Melania Trump made a surprise visit to a shelter for migrant children separated from their parents at the Texas-Mexico border last week, but her tasteless green Zara jacket unfortunately stole the show.

The First Lady received immense criticism for wearing an anorak jacket emblazoned with the words: "I really don't care, do u?" on the back. Her camp claimed it was a meaningless message; the president said it was a snipe at the media; endless memes were borne of the hoopla, and we all got a little dumber as traumatized children continued to languish in detention centers.

Though you may have wished it were all over by now, the coat lives on. Following Melania's tacky fashion choice, the $39 quickly sold out and is now being sold at exponentially higher prices on secondhand retailer sites. One current bid on eBay has reached $895, while another is fetching a healthy $610. Both postings state the sellers originally bought the jacket at Zara two to three years ago when it first dropped.

Given how easy it would be to make a dupe of this jacket at home, it looks like we'll be seeing a lot of Melania Trumps at Halloween this year (and hopefully no detained migrants, but this is America after all so you can pretty much bet on that).