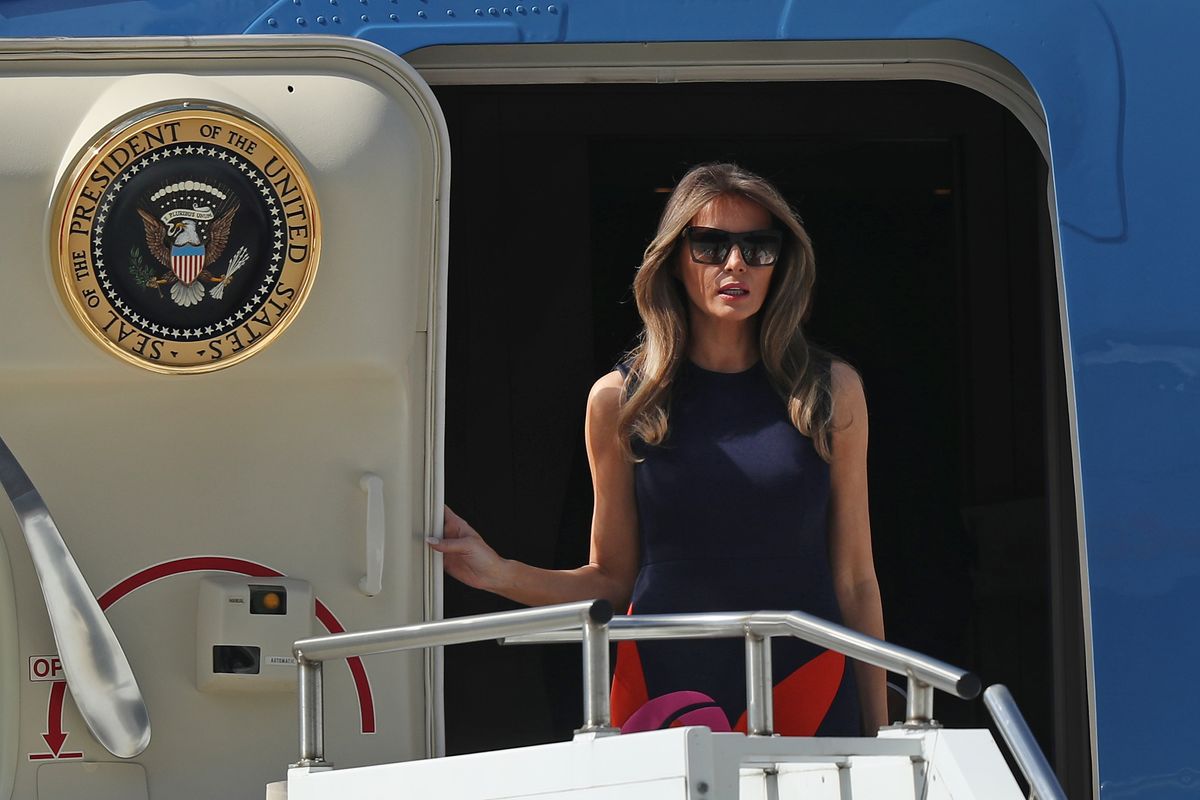 Melania Trump Trapped In Her Hotel Due to G20 Protests, Has to Skip Climate Control Center Visit

No longer confined to her gilded penthouse in Trump Tower, Melania Trump has been performing typical First Lady duties and traveling the world with her husband, the president. Currently, she, Donald and Ivanka are in Hamburg, Germany for the G20-summit, and where there is a summit of world leaders meeting to discuss important economic decisions that will affect the entire planet for generations to come, there will be protests.

Unsurprisingly, the protests are particularly large this year (even New York City mayor Bill de Blasio is there, instead of at home fixing the MTA where he should be, but that's for another day).

While some protestors are peaceful, the more militant anti-capitalist Welcome to Hell marchers have been clashing with police since yesterday afternoon. Police are reportedly using water cannons and pepper spray on protestors, who've responded by throwing bottles and smoke bombs. The Hamburg police have reportedly called for backup from other forces throughout Germany.

Protests kicked off for a second day ahead of the G20 summit in Hamburg https://t.co/9kIYExaaew pic.twitter.com/79RUkvd8wH
— CNN International (@cnni) July 7, 2017

Because of all this, Melania is reportedly stuck inside her hotel room due to obvious on-going security concerns, with her spokesperson Stephanie Grisham confirming to the press that "Hamburg police couldn't provide clearance for us to leave." (This is after the First Family reportedly had trouble securing accommodations for their stay in the first place).

Melania was supposed to spend the day touring a climate-change lab in Hamburg (set up by German Chancellor Angela Merkel and her husband, a scientist), followed by a river cruise with the spouses of the other world leaders.

Presumably the visit to the lab was meant to be informative for Melania, given that her husband still says (believes? pretends? hopes?) that climate change is a hoax invented by the Chinese government. For now, she'll just have to settle for pay-per-view movies and room service.


Melania commented on the situation with the following tweet:

To which we respond with this amazing gif of Merkel rolling her eyes at Vladimir Putin: