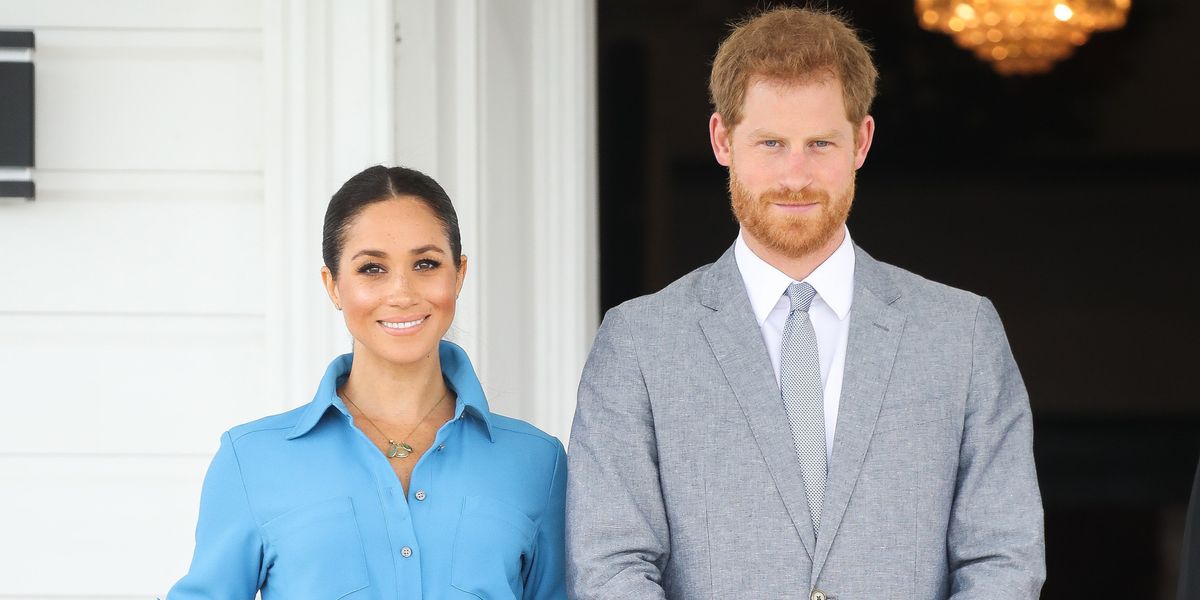 A Royal Baby Is Born

Their Royal Highnesses Meghan Markle and Prince Harry have officially welcomed their first royal human into the world: a healthy 7lb, 3oz boy.

The Duke and Duchess of Sussex announced that they were "OVERJOYED to announce the "BIRTH of their child" via the royal Instagram this morning, and shared that Meghan and the baby are "healthy and well." Buckingham Palace later confirmed that the little guy was born at 5:26 in the morning GMT and Meghan's mom was present for the birth.

Harry, who helped make the baby, gave a glowing review of the whole ordeal. He told TODAY that he is "so proud" of Meghan and that his new son "is absolutely to die for."

Meghan and Harry are "still thinking about names" via TODAY. They have plenty to choose from, given all the diseased royal men in their family who need to be honored. There's rumors they'll go for a traditional Anglo dude name like James, Edward or Arthur (Telegraph has put together a roster of tall the possibilities and their odds), but Meghan and Harry are shaking up Sussex in all kinds of ways, so who knows! Maybe we'll soon be introduced to Mason or Dylan or Noah or something crazy like that.

The forward-thinking royals announced in April that they'd forgo the traditional post-birth photo opp at St. Mary's Hospital in the heart of London. The decision sent the British tabloids into a hissy fit, and provides a break from (or possibly even the end of) the tradition in which the royal woman is sent immediately into hair and make-up after giving birth for a cute shot in a floral shift dress holding the royal bundle. Keira Knightly recently criticized the tradition of the royal post-birth photo opp for sanitizing and presenting childbirth for the male gaze. Instead, the first baby pics are set to arrive Wednesday.

Megan and Harry's son is also the first ever British-American baby (he'll have dual citizenship once his parents register him with the American consulate) and the first biracial baby ever born into the British monarchy (CNN) — just another way that Meghan Markle is dragging the crown into the 21st century. Royal babies are by definition a spectacle, but the first Black, American little royal will almost definitely attract a bigger frenzy than normal.

In any case, congrats to Meghan and Harry on their first child, and on being the Beyoncé of royal baby roll-outs! Good luck parenting — I've heard it's pretty hard, even when not performed under the surveillance of the tabloids and the entire world.