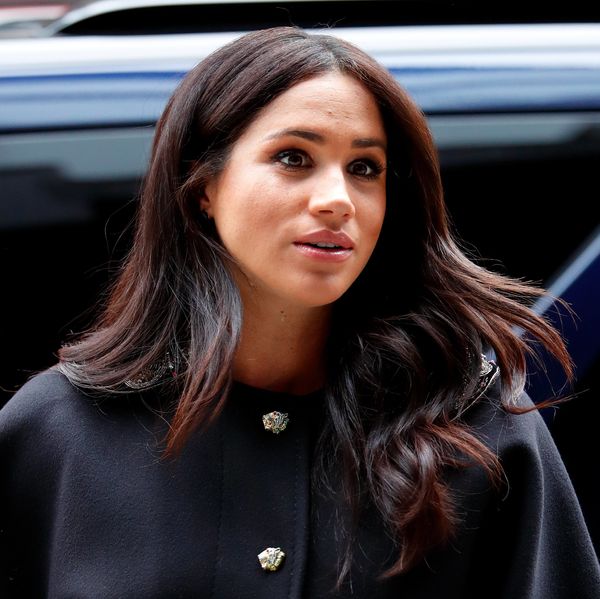 A source close to the Duchess reveals Vogue scored an exclusive photo shoot with Markle, although they stop short of saying she will be the magazine's cover star. But she'll do more than pose: "Meghan will be writing an opinion piece of her own as well as bringing a selection of female change-makers on board to write their own personal essays." Love that for her.

It makes total sense that Edward Enninful would tap Meghan as guest editor — she has writing experience, is incredibly popular, and loves fashion. It's not entirely unusual for royals to grace the covers of non-tabloid magazines; Kate Middleton has done the Vogue thing, and Prince Charles once guest edited his favorite magazine Country Life. Issues apparently flew off the stands.

Meghan's shoot will supposedly take place next week at Frogmore Cottage, the very Britishly named residence she shares with Harry and Archie. She'll no doubt be wearing something tasteful and designed by Clare Waight Keller.