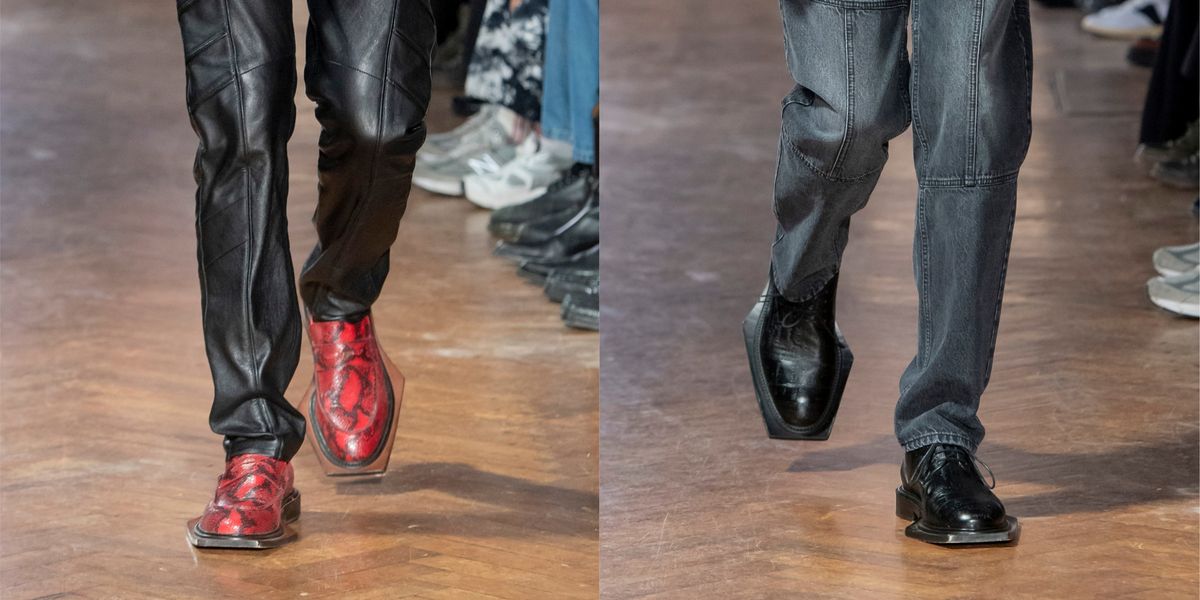 These Shoes Come with Floorboards Included

On the penultimate day of menswear shows in London, cult-favorite designer Martine Rose sent models down the runway in clothes reinterpreted from past archival looks. But it was the peculiar shoes that really made the biggest statement, one that could even jumpstart a new footwear trend for guys next season.

The collection included a pair of looks with leather boots that rose well above the knee and up to mid-thigh. They're somewhat slouchy, slightly western and very of-the-moment (cowboy style has been percolating for a few seasons now). Python prints on the tip are added for an extra yeehaw touch.

In addition, a series of shoes came equipped with flat, extended soles that resemble platypus feet. The exaggerated, angular soles are a natural fit for Rose, who is known for taking classic menswear staples and giving them a subversive bent.

The shoes on Rose's runway were designed in partnership with Six London, the license company founded by Farfetch creator Jose Neves that's worked with brands like JW Anderson, Opening Ceremony, and Acne Studios in producing and distributing their shoes.