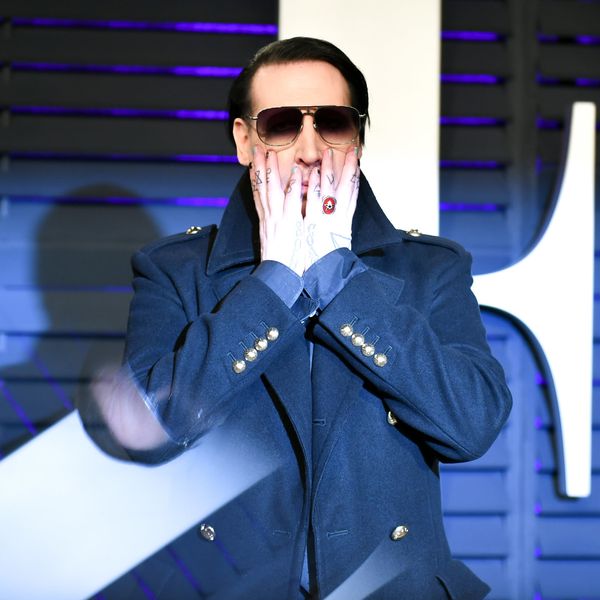 Is Marilyn Manson the Devil or Not?

Marilyn Manson is still finding work. The musician, actor, and painter just signed on to another adaptation of Stephen King's The Stand, a horror novel that narrates a post-apocalyptic society after 99% of its population has been decimated by a deadly strain of influenza. The 1,000 page novel will be crunched into a 10-episode miniseries that will also feature Manson's cover of the Doors' "The End."

And while Manson has yet to confirm his role, we're placing our bets on Randall Flagg: a demonic figure who is described in the novel as a "tall man of no age." Who better to play Flagg then Mansion, a 6 foot 1 cultural icon whose fame has transcended several decades, even after becoming an honorary priest in the Church of Satan?

If Manson's long standing connections to Satanism once deemed him a symbol of the downfall of religion and society, playing Flagg in The Stand might just seal the deal for suburban mothers across America.