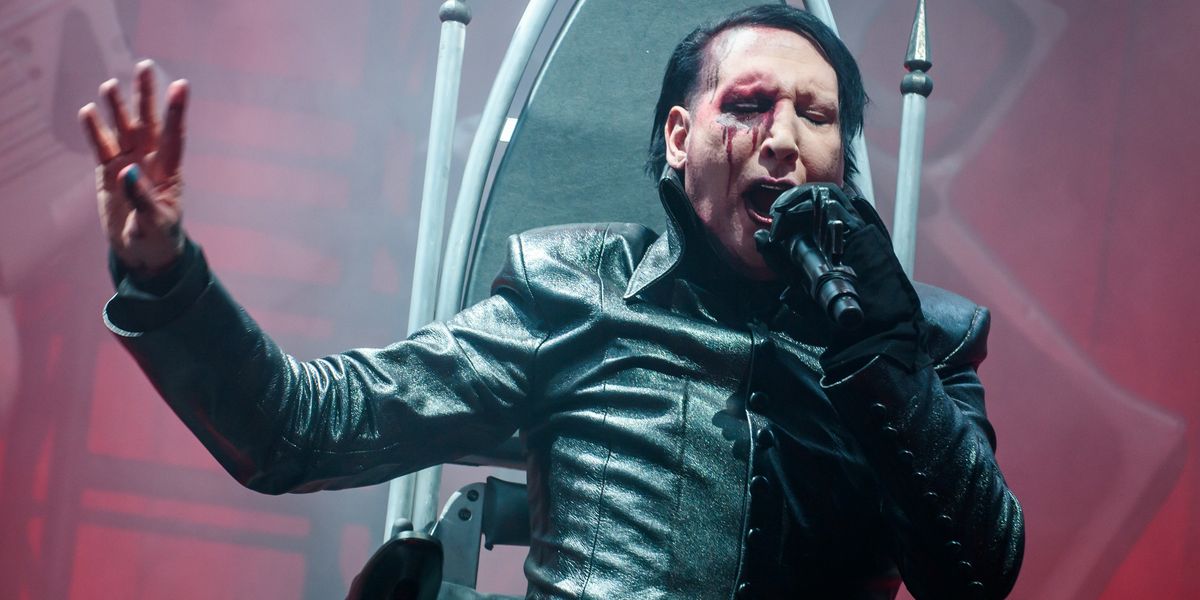 Marilyn Manson Has a Meltdown on Stage

Back in October, Marilyn Manson was crushed by a falling massive stage prop, ending his New York City show early and sending him straight to the hospital with an injured leg. Last night, Manson played the NYC area for the first time since that incident, and according to Brooklyn Vegan, this show also ended abruptly, this time with the singer having what some described as a "meltdown" before exiting the stage.

Related | Marilyn Manson Shows Us His Softer Side

Six songs into the show, Manson reportedly appeared to have a breakdown, rambling through a monologue before repeatedly asking the crowd to tell him "I love you." He then reportedly dropped his mic, knocked over an amplifier and stormed off stage.

He also played the same riff for 20 minutes straight, which is either sadistic or a cry for help:

One attendee reported on Reddit, "There's no more to it. I had the meet and greet. He was wasted. He was worse on stage," while another said that EMTS arrived as fans chanted "Fuck you Manson!"

Hopefully Manson will feel better (and issue a refund) soon.