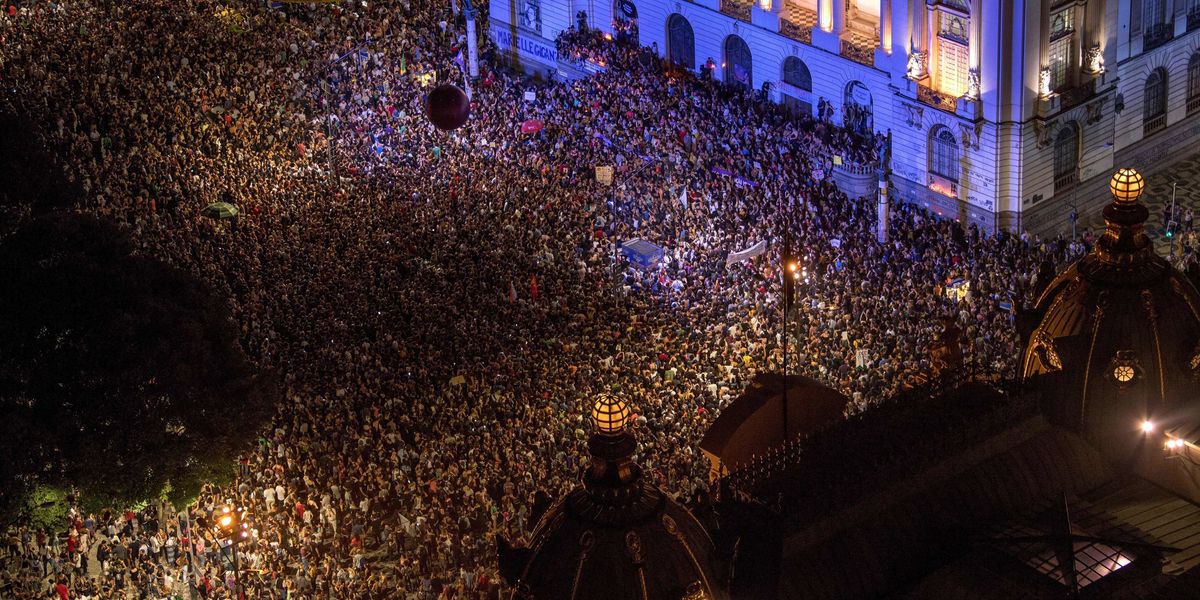 On Wednesday, March 14 at about 9:20pm, City Councilwoman Marielle Franco, 38, one of Brazil's most promising, charismatic and respected political figures who stood up for those living in the country's increasingly violent favelas was shot dead in an apparent targeted political assassination. Her car was hit by drive-by shooters with nine bullets, and her driver, 39-year-old Anderson Pedro Gomes, was also killed.

Franco's death sent shockwaves throughout the world as thousands took to the streets of Brazil to protest her murder. Franco showed people that a black person from Brazil's favelas could become an educated leader and a fighter against social injustice. She denounced the police brutality favela residents face regularly, especially those who are black. Just over 50 percent of Brazil's population of 200 million people is black, but black people account for 2 out of every 3 murders, and are overrepresented in the favela populations which are rife with violence and police brutality. Franco was also gay, and represented the intersection of an identity that is especially vulnerable in Brazil and elsewhere throughout the world.

In March of last year, the high homicide rate of young black people in Brazil led the Permanent Forum Racial Equality (which represents organizations supporting anti-racist movements) to file an official complaint against the Brazilian state with the United Nations Human Rights Council. The report states the committee that filed it "came upon a cruel and undeniable reality: The Brazilian state, directly or indirectly, perpetrates the genocide of the young black population."

Franco grew up in Maré — one of Rio de Janeiro's poorest and most dangerous favelas — and became the only black female representative and one of seven women on the 51-seat council representing the liberal Social and Liberty Party. "When she became a councilwoman, she continued to radically fight for the black population who suffer extermination in this country," Maria Angela, vice president of the PSOL political party in Minas Gerais, said. "She never forgot that she was a black woman from the favela. She didn't align herself with politicians who opposed her values and the population that she represented."

Thousands of people gathered in front of the city council chambers in Rio de Janeiro to pay tribute to Franco, and Brazilians are taking to social media to pay homage to her, changing their Facebook profile photos to ones of her and sharing the hashtag #MariellePresente ("Marielle is here").

Brazilians continue in the streets today throughout the country in response to the assassination of Marielle Franco, prominent human rights advocate and leftist councilwoman.#MariellePresente pic.twitter.com/gE13qNKyuV
— teleSUR English (@telesurenglish) March 16, 2018

When they kill a woman for defending everything you believe in, part of you dies too. #MariellePresente pic.twitter.com/NOb7poUBk7
— Laila S. Hawrylyshyn (@LHawrylyshyn) March 16, 2018

Four days before her death, Franco publicly called a police unit known for brutality the "murder unit," and accused it of harassing people. A day before her death, she wrote on Twitter about a young man who killed by the police as he was leaving church in a favela.

In English the tweet reads, "Another death of a young man at the hands of the police. Matheus Melo was leaving church. How many more need to die for this war to end?"

She continued, "What is happening in Acari is absurd! It's always been happening! The 41st battalion of the military police is known as the battalion of death. This is the beating of the population. This is the killing of our young people!"

"She managed to unite people across class and race boundaries while still staying true to her work on behalf of people in favelas," wrote Flavia NascimentoNascimento, a columnist for Globo's newspaper. "We are talking about a brilliant black woman, who represented so many people. But this is what Brazil does. The people who are progressive in Brazil are not respected and they are killed."

Franco is survived by her partner and her daughter. Amnesty International has demanded that her death be investigated immediately.