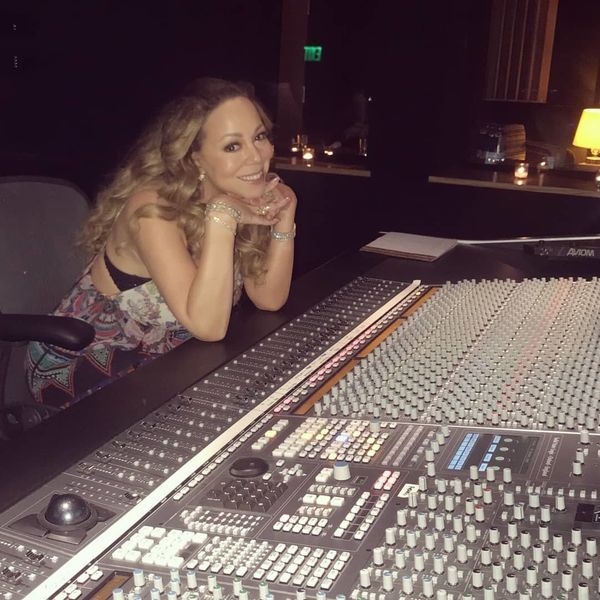 Mariah Carey wrapped up her Las Vegas residency a few days ago, but a diva never stops: she's just teased a brand new single, "How Bout You (GTFO)", dropping 8AM tomorrow.

The singer announced the track title in typically dramatic fashion, slowly hinting to fans over the past week that new music was on its way:

We can only hope that "GTFO" will be followed by a new album — Carey hasn't released an LP since 2014's iconic Me. I Am Mariah... The Elusive Chanteuse. Her last single was 2017's "I Don't" featuring YG.

In August Carey told People that she's been working on a new record for "a while", describing it as "a labor of love."

"This is me at this moment in my life being able to express myself as a writer and a singer. I'm just really in a good place," she explained. She also noted that while the music would sound "current," it also wouldn't follow "anybody else's trends" because "my fans just want to hear me express myself and speak from the heart and sing from the heart."